In a letter to the president DeVos wrote:

We should be highlighting and celebrating your Administration’s many accomplishments on behalf of the American people.

Instead we are left to clean up the mess caused by violent protesters overrunning the U.S. Capitol in an attempt to undermine the people’s business. That behavior was unconscionable for our country. There is no mistaking the impact your rhetoric had on the situation, and it is the inflection point for me.

Impressionable children are watching all this, and they are learning from us.

According to reports, her resignation is effective Friday.

The decision to resign at this late date of the Trump administration is unimpressive, and is simply the action of a rat fleeing from a sinking ship.

For the record, DeVos is and has been a religious extremist who has made it clear that she wants to destroy public education and use taxpayer money to fund Christian schools.

In short, DeVos has always used her immense wealth and influence to try and destroy public education in America. 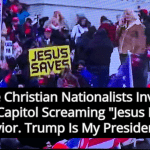 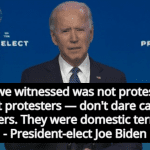