Yesterday Tarrio was arrested for his crime. CNN reports:

The leader of the Proud Boys, Henry “Enrique” Tarrio, was arrested Monday in Washington, DC, for allegedly burning a Black Lives Matter banner taken from a Black church last month during protests in the city after a “Stop the Steal” rally.

A law enforcement official told CNN that the DC Metropolitan Police Department charged Tarrio, of Miami, with destruction of property related to a banner that was burned on December 12 outside a church in northwest DC. 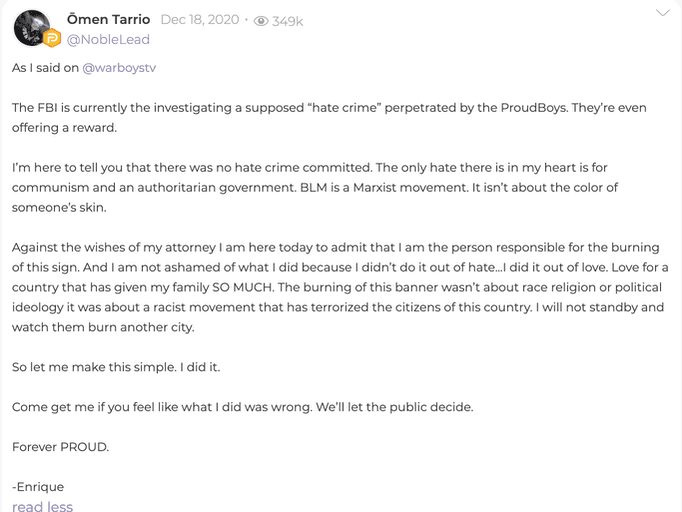 The FBI is currently investigating a supposed ‘hate crime’ perpetrated by the ProudBoys. They’re even offering a reward.

I’m here to tell you that there was no hate crime committed. The only hate there is in my heart is for communism and an authoritarian government. BLM is a Marxist movement. It isn’t about the color of someone’s skin.

Against the wishes of my attorney I am here today to admit that I am the person responsible for the burning of this sign. And I am not ashamed of what I did because I didn’t do it out of hate…I did it out of love. Love for a country that has given my family SO MUCH. The burning of this banner wasn’t about race religion or political ideology it was about a racist movement that has terrorized the citizens of this country. I will not standby and watch them burn another city.

So let me make this simple. I did it.

At the time of his arrest for his crime against the Black church, Tarrio was also found to be in possession of firearm magazines. Washington D.C. Metropolitan Police Department Public Information Officer Sean Hickman told CNN:

He was charged with Destruction of Property related to an offense that occurred on Saturday, December 12, 2020 in the 900 block of 11th Street, Northwest. At the time of his arrest, he was found to be in possession of two high capacity firearm magazines. He was additionally charged with Possession of High Capacity Feeding Device.

Tarrio was released from custody earlier today, after having been charged with destruction of property and two felony weapons charges after police found him with two high-capacity firearm magazines.

In addition, prosecutors could ask a D.C. grand jury to charge Tarrio with a hate crime.

According to reports, Tarrio has been ordered to leave the city and stay away from D.C. until his next court appearance in June. 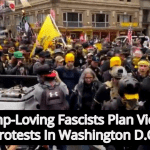 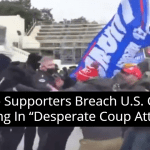