Law and Order? In a despicable display, Trump supporters come together in a fascist mob, attacking police and storming barricades in a futile but dangerous attempt to stage a coup and prevent Joe Biden from becoming the next president.

Hundreds of Trump supporters stormed through metal barricades at the back of the Capitol building about 1 p.m. Wednesday, running past security guards and breaking fences.

Trump supporters stormed Capitol Hill on Wednesday and clashed with police on the steps of the Capitol as dozens tried to force their way in during a vote to certify Joe Biden’s victory over the president.

As President Trump continues to falsely claim he won the election, hundreds of his supporters have breached the Capitol Building, tearing down security fencing and confronting overwhelmed federal police officers.

“Let’s walk down Pennsylvania avenue,” President Donald Trump ended his speech to thousands of supporters in front of the White House Wednesday, repeating an earlier call on his voters to march to the Capitol Building and demonstrate against legislators certifying Joe Biden’s electoral college victory.

As the words left Trump’s mouth, video surfaced of Trump supporters attempting to approach the Capitol Building, storming past barricades.

BREAKING: Trump supporters have breached the Capitol building, tearing down 4 layers of security fencing and are attempting to occupy the building — fighting federal police who are overrun

This is the craziest thing I’ve ever seen in my life. Thousands, police can’t stop them pic.twitter.com/VVdTUwV5YN

Whoa: Trump supporters going at it with the police on the steps of the Capitol as Congress counts the Electoral College ballots inside pic.twitter.com/LiQhaa5KkQ

Protesters roaming inside US Capitol pic.twitter.com/b70p97UPAX

MAGA protesters are spraying pepper spray back at police on Capitol Hill pic.twitter.com/9TeqRefjZq

Every American has the right to peacefully protest.

But storming the US Capitol and attacking the brave men and women of the Capitol police force is wrong.

This is not who we are. pic.twitter.com/sRUMJleIEn

Bottom line: In a despicable display, Trump supporters come together in a fascist mob, attacking police and storming barricades in a futile but dangerous attempt to stage a coup and prevent Joe Biden from becoming the next president. 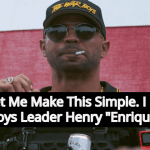 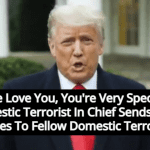