A Missouri state representative was charged in a 20-count indictment that alleged she fraudulently administered treatments, including for Covid-19, that falsely claimed to have stem cells.

The U.S. Attorneys Office filed fraud charges against an Ozarks assistant physician and Christian County lawmaker for a fraud scheme in which she made false claims about a supposed stem cell treatment marketed through her clinic.

According to reports, Rep. Derges offered patients a “special treatment” using amniotic fluid with stem cells. However, it was later determined that the treatment did not in fact contain any stem cells.

In other words, the whole thing was an elaborate con to cheat gullible and unsuspecting patients.

The indictment notes that on her Facebook page, Derges claimed her clinic’s “amazing treatment stands to provide a potential cure for COVID-19 patients that is safe and natural.”

This defendant abused her privileged position to enrich herself through deception. As an elected official and a health care provider, she deserves to be held to a high standard.

However, in a recent Facebook post Derges suggests that she is being persecuted because she is a Christian, comparing herself to David in the Biblical story of David and Goliath:

I don’t think there has ever been a more appropriate picture that will depict this day. Despite this “Goliath” I will…

I don’t think there has ever been a more appropriate picture that will depict this day. Despite this “Goliath” I will keep helping those in need and standing for the rights of all of us. Lies and twisted words mean nothing.  Truth and righteousness mean everything.  I can stand before God and know that He will smile at me.  Goliath can’t take that away as much as he tries.  Righteous people are also always able to discern the truth – I trust in this.  God stood with David, I have the faith that He will stand with me against the Goliath that I face today – his sole purpose is to destroy.  Please believe in me and please keep praying for me.  My mother’s favorite scripture:  “I can do all things through Christ that strengthens me”,  Phil 4:13, will be continually lifting me up today.  I am thankful for all of you.

Obnoxious, but not surprising. 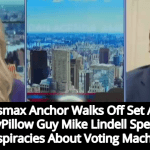 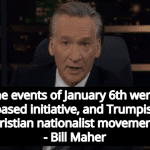