On Loneliness: Stabbing Our Grief with a Plastic Knife

On Loneliness: Stabbing Our Grief with a Plastic Knife June 29, 2015 Guest Contributor 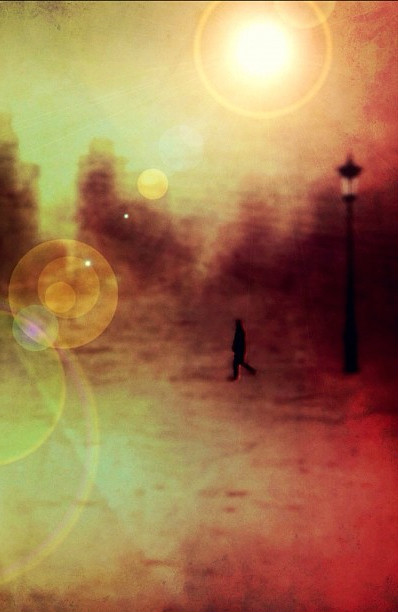 Here’s a memory I have only shared with one other person before:

I was 13 years old, walking home with my neighborhood friends after a long night of our drug of choice: video games.

Discontentment abruptly sequestered my mind: Video games. Always video games. That’s all we ever did.

How pathetic is this?

I thought. After a few years of this, I had finally felt the utter absurdity of it all. We hardly even knew each other. We were, I knew, simply alone—together.

Admiring the uncommonly perfect night sky, an absolutely terrifying dread took over my entire being.

What if the next few years are exactly like this, and I have nothing good to look back on one day? How sad will I be when my youth passes? Will I even care? Will I still be alone? What if that’s it? What if I’m always…I’m just alone?

This dread plagued me the entire summer.

At the tender age of 13, I encountered a genuine fear of loneliness.

I had my first experience of true and radical doubt my senior year of high school. The summer before col-lege featured some of the most difficult months of my life, as the faith I had come to hold so dear (and had eradicated the dread of that summer evening 5 years years prior!) felt so horrifyingly threatened. And worse—I was convinced—no one understood what I was experiencing.

One particular morning, I woke up in my best friend’s basement. This basement had no windows, and when I awoke I had no idea what time it was, as the room was pure, oppressive darkness. I rolled over. The cable box read 10:30 AM. My friend had apparently already up and left for the day, and as I at-tempted to clear the morning fog from my mind, a voice spoke a heaviness into my heart that I would carry throughout college and into my mid-twenties: I am so alone.

I stepped out into the warm and clear-skied day, my eyes adjusting to the light, hoping healing would come swiftly, and unaware it would take many more years.

In his greatest work, Introduction to Christianity, Benedict XVI provides perhaps the greatest reflection on Christ’s Descent Into “Hell”, or “the Dead”, one can find. In it, he concludes what I had come to know by experience: that all fear is ultimately the fear of loneliness. More so:

In truth–one thing is certain: there exists a night into whose solitude no voice reaches; there is a door through which we can only walk alone–the door of death. In the last analysis all the fear in the world is fear of this loneliness. From this point of view, it is possible to understand why the Old Testament has only one word for hell and death, the word sheol; it regards them as ultimately identical. Death is abso-lute loneliness. But the loneliness into which love can no longer advance is—hell.

The fear of loneliness reaches its zenith, then, in death. Only I go through my death: no other can accom-pany me, not even the faithful spouse who dwells by my deathbed in spousal fidelity.

From here Benedict articulates in his usually stunning prose that Christ’s “descent into the dead” is pre-cisely God’s suffering with and dwelling with us in the midst of this, our most total abandonment and solitude:

This article [of the Creed] thus asserts that… in his Passion he went down into the abyss of our aban-donment. Where no voice can reach us any longer, there is he. Hell is thereby overcome, or, to be more accurate, death, which was previously hell, is hell no longer. Neither is the same any longer because there is life in the midst of death, because love dwells in it. Now only deliberate self-enclosure is hell or, as the Bible calls it, the second death … But death is no longer the path into icy solitude; the gates of sheol have been opened. …The doors of death stand open since life–love–has dwelt in death.

The ultimate (dis)embodiment of human dread and loneliness—death—has been infiltrated by Love. The only true loneliness that remains is “deliberate self-enclosure.”

From this incredible fact flows the necessary consequences. If our very own journey into death is no longer a “path into icy solitude”, then every lesser form of loneliness we encounter likewise has been up-lifted, transformed—redeemed. He is always there.

I experienced this profound reality in my recent 8-day retreat. I revisited that damp, dark basement with my spiritual director, in the knowledge that Christ was somehow present in it. After a few minutes of prayerful reflection, he asked, “What are you feeling?”

I stuttered with my response. “Well—I mean… I can’t resent that morning. He knew I would be here looking back on it eight years later.”

I’ve been thinking about loneliness a lot lately.

After a year of seminary that featured some remarkable ups and some unbearable downs, the Lord has made explicit his invitation to me to wholly embrace celibacy. Here this summer, at the Institute of Priestly Formation at Creighton, hardly a day goes by without the topic of loneliness emerging in class. It seems to be present on every seminarians’ mind.

One morning I had a particularly embarrassing realization. The priest teaching the class had just con-cluded talking about the importance and significance of constantly relating our thoughts, feelings, and desires to Christ throughout our day. “As we begin to relate everything to him,” he said, “we realize that we are never alone.”

The absurdity of it all was evident. Every time we return to the isolation of our rooms, every line we find ourselves stuck in while shopping, every seemingly boring and useless moment, every time we wake up at 3 a.m. and the doubts and fears and burdens of life seem inescapable… the devastating silence of the married lying in bed together during a time of difficulty and uncertainty… the pain of the single Catholic waiting for a human love worthy of their heart… All of these: moments totally occupied, either by us tap-ping on the screen of our phones, seeking to alleviate the boring and dreadful loneliness, eager for the squirt of dopamine from some form of interaction with someone somewhere, or occupied by our own self-enclosed thinking, acting as if we are utterly alone.

Or Netflix, or music, or books, or whatever our distraction of choice is. Substitute idols for his unsubsti-tutable presence. Not bad in and of themselves, naturally, but in moments like these we must take watch: “The question is why are you doing this?” Deacon James Keating asked us just this week. “To hide? To kill grief? No. Stop. Go pray. These things won’t kill your grief.”

There we are, stabbing our grief with a plastic knife. All the while Christ is there, speaking powerfully: “My grace is sufficient for you.”
——

Pascal gifted us this marvelous reflection on Christ’s Agony in the Garden: “Christ will be suffering until the end of time. There must be no sleeping during this time.” Is this not true of his loneliness also? Those haunting words: “Could you not keep watch with me one hour?”

Loneliness is now occupied by Love himself. The feeling isn’t going anywhere, not until the Kingdom comes in fullness. But the feeling is, truly, of no importance any longer. It is, somehow, an invitation to intimacy with him.

Yet something in us desperately seeks to avoid this invitation to intimacy. For some of us—please tell me it’s not just me—there is something far more tempting and comforting about the isolation. “Better to dwell in the tragedy of feeling loneliness and inadequacy than trust in the feeling-less reality of his presence,” we convince ourselves. I want God to come close, but this close? I’ll share with him my joys, my successes…but my misery? My boredom? My loneliness? No. Too close.

Ruth Burrows comments on and admonishes against precisely this, if perhaps rather provocatively:

As regards interior suffering…the only way to deal with it is to refuse to have it, to refuse to suffer from it. We are far better off without it. If we can’t get rid of it at will, we can use it by persistently lifting our-selves out of it, moving up into the real world of Truth and Love. This sort of inner suffering is fantasy, it has no reality. Reality is the life, the world, of the risen Jesus, where there is utter security and joy, where all is well and will be well. This is where we must live, not in our miserable subjective states of feeling, measuring life as seems to us, as we feel it to be instead of as it is. For many people, for us all, really, the surrender, the dying to self lies precisely here. It is not understood sufficiently. Masochism, dramatization of suffering is every bit as common and just as much an obstacle as lack of generosity in bearing the hard-ships of life.

This is no escape from reality, but rather a courageous step into the reality that, in spite of whatever it is that we are feeling, Christ is there. It is a radical claiming of our true identity gifted us in faith as, simply, beloved. It is a rejection of the lie that we are alone. It is the acceptance that the emptiness and solitude we stumble into is—to our surprise!—now inhabited by another.

Now, only “deliberate self-enclosure” is the hell of loneliness.

Now we are never alone, feelings be damned.

Greg Hurst is a seminarian for the Archdiocese of Boston and a contributor to Reverb Culture. He attends Saint John’s Seminary in Brighton, MA. Follow him @gchurst. 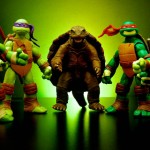 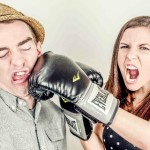 July 3, 2015 Pope Francis: 5 Strategies to Grow in Meekness
Recent Comments
0 | Leave a Comment
"Jeanne d’Arc, Albert Lynch (1851-1912) , does anyone know who is the person that posed ..."
artisamazing 10 Most Gorgeous Paintings of Joan ..."
"My heart breaks for the Christians (and other minorities) in hte middle east. They will ..."
Manny NEW Syrian Archbishop’s Letter: Will We ..."
"This movie was painful to watch for more reasons than I'll enumerate here. Others like ..."
KH Sr. Helena Burns Reviews: War Room
"Anything's possible."
Truth Seeker What Are the Gifts of the ..."
Browse Our Archives
get the latest from
Catholic
Sign up for our newsletter
POPULAR AT PATHEOS Catholic
1