How to Read Amoris Laetitia without Assumptions, Cynicism, Bias (and Hand Wringing)

People have responded in pretty predictable ways to Pope Francis’ new document, including myself. My column at Aleteia recently read the document through the lens of evangelization, which is the charism of my community. I have learned a lot from many of the articles on the document from the critical to the effusive.

But the one thing I have not appreciated in several of the articles is the tendency of some to mind read and make assumptions. It’s astounding to me how many people think they know what is going on in Pope Francis’ head.  It is usually these people who promptly hurl themselves into cynicism, desperation and extreme negativity.

I have only been in the convent for six years now so I am not a veteran by any means. But one thing I learned pretty quickly living in community was not to assume I know what is going on in another person’s head. I am intuitive so I often make good guesses about social interactions but even the most intuitive people cannot claim to know what is actually motivating another person’s actions.

So, I think it is important to read the document without assuming that certain sections (or footnotes) mean what you think they mean. There are some parts of the document that are vague (appropriately in my opinion) but that leads to readings that are less than generous or simply in keeping with pet agendas.

People will do what they are going to do, but I put together some tips over at National Catholic Register that have helped me seek out the most objective, generous, and Spirit-filled opinions on the matter.

Of course, you should also read the document for yourself. It is long but it will be available in paperback soon.

In the end, if you still think things are horribly wrong, it might be best to ask how God is asking you to respond. Is it with disrespect for the pontiff? With rage, anger, and bitterness? By inspiring a lack of faith and division in others? By leaving the Church?

These inspirations don’t come from God.

None of these are options for true disciples. 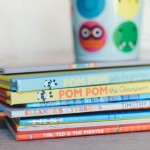 April 27, 2016
5 Ways to Keeping Your Kids Reading This Summer
Next Post

May 14, 2016 3 Moments When the Holy Spirit Worked in Mary's Life
Browse Our Archives
Related posts from Pursued by Truth