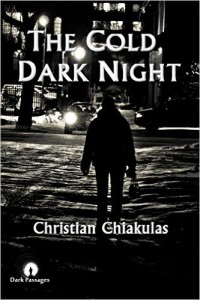 Sarah Watson is a fifteen-year-old recovering heroin addict who’s shut herself inside to avoid the temptations that once destroyed her life. Ready to spend the night shut up in the warmth of her room, she receives a frenzied call from Chrissy Carmichael, a girl at her high school, begging Sarah to meet her at the space “Where Everything Ended,” the site of a terrible crime Sarah committed and got away with. Sarah is sucked into a spiral of violence and deception, and along the way dragged back into the world she’s tried to forget.

Christian Chiakulas’ debut novella is shot of 21st-century grit, a window into the world of outcasted millennials, and a sketch of the darkness that lurks below the facade of a normal life. 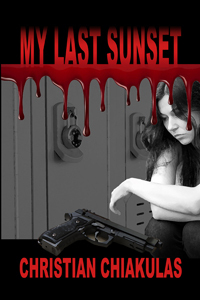 My Last Sunset is a hardboiled detective story set in a contemporary American high school. Damon Riley is an angry, antisocial teenager with a penchant for solving mysteries. His life is shaken up when Jessica Carpenter, a girl in the grade below his, shoots herself in the halls of the school itself, leaving behind a note that names him as the culprit for driving her to suicide. Taking the bait, Damon embarks on a quest to find out what really happened to Jessica, leading him through a web of conspiracy, betrayal, and brutality. Along the way he learns more than he ever dreamed possible about the girl he could never have saved.