God’s Not Dead (But even if he is, he deserves better than this movie)

God’s Not Dead (But even if he is, he deserves better than this movie) May 1, 2014 Linda LaScola

Editor’s Note:  Clergy Project member Mary Johnson is author of An Unquenchable Thirst, a memoir of her 20 years as a nun with Mother Teresa’s order.  This memoir was named one of the best books of 2011 by Kirkus Reviews.   Mary is currently working on a book about her move away from her religious beliefs, which evolved after leaving the convent.  Below, Mary comments on how the portrayal of atheists in the movie God’s Not Dead differs from her experience in the Clergy Project. 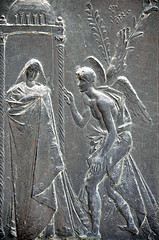 I love a good movie. During the 20 years I was a nun in the community founded by Mother Teresa, we saw two movies a year, sixty of us huddled eagerly on the floor around a loaned for-the-day TV. Selection was limited by the need for the movie to hue to strict dogmatic orthodoxy: I probably saw Brother Sun, Sister Moon a half dozen times and The Song of Bernadette three or four. The Sound of Music was out of the question because it featured a nun who abandoned the convent.

Though I no longer consider myself a religious person, I remain intrigued by artistic explorations of faith. The trailer for God’s Not Dead pitted an atheist philosophy professor against a Christian student. When I made my way to a seat in the top row of my crowded neighborhood theater a couple of Sundays ago, I was pretty sure who would emerge victorious in the most popular film ever made by evangelicals for evangelicals. I didn’t mind. I enjoy a good debate almost as much as I enjoy a good movie and watching it with a crowd would enhance the experience.

On screen, when freshman Josh Wheaton refused to comply with Professor Radisson’s insistence that each student write and sign a paper declaring (so that the class could move on to more substantive discussions), “God is dead,” the audience cheered. When Radisson suggested extra credit for a student who had written the statement using a lower case “g,” the audience sneered. And on it went. Virtuous believers: cheers. Evil, snide atheists: sneers.

I seemed to be the only person who squirmed in her comfy stadium seat. Why was every character on screen reduced to a single dimension? Did the audience really think that all believers were good and all unbelievers evil? As the movie progressed and Josh took up Radisson’s challenge to defend God in three presentations before the class, I was astonished both that the moviegoers applauded Josh’s feeble arguments about creation and that they found it plausible that a philosophy professor would wilt before them. (Even Creation Ministries International agrees: “Each of the points Josh tries to put forward to prove God’s existence are arguments that atheists would easily refute.”)

After Josh’s presentations, when the 80 students of the class stood to profess “God is NOT dead,” they seemed to do so with just as little thought as they had when they’d written “God is dead” during Radisson’s first passionate class with them. Such sheep-like teenagers did not square with my experience of young philosophy students. Their eagerness to follow wherever they were led more closely resembled the audience’s behavior.

Even the film’s Christians, including Josh’s girlfriend and two pastors, came off looking shallow. That the African missionary’s big goal for his vacation was to visit Disneyland, a man-made place of fantasy where everyone is always happy, spoke volumes as a (surely unintentional) metaphor for these Christians’ heavenly aspirations.

Later, I was heartened to learn that many Christian reviewers also found the movie offensive. Marybeth Davis Baggett at Christ and Pop Culture complains of the film’s “appalling superficiality” and “trumped-up emotionalism.” Sister Rose Placette at National Catholic Reporter calls God’s Not Dead a “contrived, implausible Sunday school lesson” that “leaves scant room for the imagination or mystery.”

Questions of belief deserve better. I began to imagine what a filmmaker might be able to do with the struggles with faith that are at the heart of The Clergy Project, a confidential online community currently numbering more than 550 active and former professional clergy and religious leaders who do not hold supernatural beliefs. Here three-dimensional people wrestle with the consequences of faith and with its lack. Here the stakes are far higher than a grade in a philosophy class or losing a girlfriend.

At The Clergy Project I’ve met pastors whose ongoing studies, originally undertaken to strengthen their faith, have revealed the Bible’s origins to be far more human than divine. They wrestle with the fact that they’ve sometimes unintentionally misled their communities for decades. Some of them say, wistfully, “I would so like to believe.” Others are simply relieved that they can finally stop forcing themselves to believe dogmas that had never really made sense to them.

This sense of intellectual integrity can rival any rush they’ve ever felt in prayer or in ministry. Yet, exactly at the moment these men and women rejoice in their new freedom, the earth begins to shift beneath their feet. If you’ve built your life on God, when that foundation shifts, buildings tumble.

No longer do these clergy people enjoy the comfort of a benevolent being who watches their every move. No one protects and guides. No one makes sure everything comes out all right in the end. They learn to depend upon themselves and – thanks to The Clergy Project– on others who’ve experienced both the trembling and exhilaration of such seismic shifts. 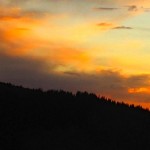 These men and women suspect that if they speak their thoughts aloud, they will be called heretics, blasphemers, or perhaps insane. Finding ways to navigate relationships is one of the most frequently discussed and most heartbreaking issues faced by members of The Clergy Project. Many have lost friends and family members, including spouses. They know that speaking aloud even once may cost them reputation and livelihood.  In Hope After Faith, former Pentecostal pastor Jerry DeWitt tells of his journey from belief to atheism. DeWitt had already left the ministry when he posted a photo of himself on Facebook, posed with Richard Dawkins at a Freethought Convention. As a direct result, Jerry lost his job as a building inspector. Jerry’s marriage of nearly twenty-five years didn’t survive the fallout. This is heartbreak worthy of cinema.

Some fortunate clergy suspect that a few in his or her own congregations would welcome a discussion of a more rational life. While introducing new ideas from the pulpit can be risky, they can sometimes begin new conversations by strategic choices in a book group.

Some ministers decide that the most loving solution is to abandon their communities without mentioning their newfound discoveries. They realize that, until the moment when the stories of God fail, they often work really well. These clergy people worry about depriving their communities of a source of strength and solace.

I was lucky. I was never an unbelieving clergy person. When I left the convent, I believed God was calling me to a fuller life. I’d realized that my superiors were more interested in my robotic obedience than in the creative contributions I longed to make. I’d fallen in love twice. Spiritual marriage with Jesus wasn’t enough for me and I didn’t want to lead a double life.

Several years, a long depression, and a lot of prayer and study later, I abandoned religious faith. Freedom, joy, and intellectual integrity returned.

I have yet to meet a member of The Clergy Project who abandoned belief in the supernatural lightly. We were invested in faith. We loved our religious communities even when the religion no longer made sense to us.

We struggle to be larger than our fears and the shame our traditions often spew upon us, but we’re not yet sure how to do this in a land green with new opportunity, but where milk and honey and alternative livelihoods do not yet flow. This is no Disneyland.

Would somebody please make me a movie about that?

The men and women of The Clergy Project are people who no longer believe in God, but we are not people without faith. We believe in the value of reason. We believe in love, community and in helping people. We seek new ways to minister that will respect both our new understanding and the needs of people who often continue to look to us for guidance.

The Clergy Project is a shelter where we can find community with people who are more concerned with living in reality than with upholding tradition, a place where we stand together while the earth shifts beneath our feet, a place where we don’t have to hide what we think.

In subsequent blog posts, I’ll be interested to hear more of the stories of those within The Clergy Project. In the comments below l’d love to hear what religious films readers have enjoyed and, if you’ve seen God’s Not Dead, what you think of it. 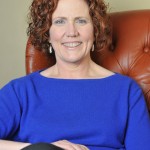 April 22, 2014
From the Sanctuary to the Dialogue
Next Post

May 3, 2014 The Incarnation of Christ is a Humanist Concept
Recent Comments
104 Comments | Leave a Comment
Browse Our Archives
get the latest updates from
Rational Doubt
and the Patheos
Nonreligious
Channel
POPULAR AT PATHEOS Nonreligious
1