Editor’s Note: In his second post, Chris Highland tells us how graduate-level theological study eroded his faith. He is not alone: it’s a well-known saying among seminarians that seminary is the place “where faith goes to die.” 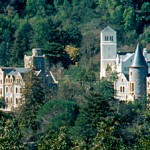 When I entered seminary 35 years ago, little did I know that I was also entering a cemetery for my Christian conclusions.

With my Presbyterian, Evangelical, Pentecostal and Philosophy background, I was ready for seminary. Except, I wasn’t. I quickly found that while I was being trained as a “Minister,” I was also meeting teachers and other students who weren’t my idea of model Ministers OR Christians. This isn’t to say they didn’t believe in Jesus or live exemplary lives. Many did. But what I was hearing and seeing was quite different than what “church” or “faith” once meant.

Presbyterian seminary immediately raised more questions about faith and church than it gave answers. I suppose that is always the case and should be. What we studied about the Bible clearly would never work “out there in the churches.” Heresy like “God has a bias for the Poor,” “We are co-creators with God” and “Paul made Jesus into Christ.” Try to preach that in most churches.

The emphasis (in the early 80’s) was Liberation Theology, which was driven by radical interpretations by revolutionary priests, feminists and leaders in the Black and Native American communities. Stimulating seminary courses charged the hybrid batteries in my brain, as did attending liberal Catholic, Jewish and Presbyterian services.   Some professors further energized the meaning of “liberal” for me. One marched with Martin Luther King. Another was gay and a national church leader. Several others pastored in mixed race congregations. One helped create an ecumenical housing cooperative that I now manage thirty years later!

“Liberal” came to mean open minded, openhearted and open to trying new forms of helping others. Like “Freethinkers,” the word implies the liberty to collaborate rather than waste time in competition. “Liberal” would never again be a bad word, but one to bear proudly. All the lectures and discussions on “Biblical Religion” left me with another perplexing reality: The Bible was wholly irrelevant unless it was a manual for relevant ministry, and that meant working with poor, oppressed and marginalized folks, with compassion and justice, as Jesus did. And the meaning of “Christian” became suspect and confusing, especially when placing the label on an institution that seemed in many ways diametrically opposed to the founder who was of course not a Christian.

Here’s the problem presented by seminary: You are expected to prepare to be a “Minister of Word and Sacrament,” while completely reinterpreting the meanings of Minister, Word and Sacrament. I came to see that a good minister was someone like the Franciscan priest who invited me to participate in the mass and showed kind acceptance of the mentally disabled students I brought, the rabbi who welcomed me into the synagogue that met in a seminary chapel or the chaplain in a county jail who modeled the meaning of chaplaincy. These faith leaders, alongside some thoughtful and encouraging professors, convinced me by example that if the ministry of Jesus himself was outside the walls of religion then, by God, I’d follow him right out the door!

These inspiring people, as well as many incredible people I met beyond the walls of the seminary, showed me that the Church as I’d known it was already dead–the Titanic was already taking on water, without power and doomed.

It’s an odd feeling to be training for an honored position as an officer on a great ship like the Titanic, while calmly watching it hit the iceberg! So, along with other classmates, I eventually jumped ship, found a lifeboat and sailed on to the islands of small local congregations, nonprofits and schools.

Hesitant to complete the ordination process but hesitant to waste four years, a masters degree and “finding a call,” I read my statement of faith before the committee of Presbytery.

Some disapproved of my dismissal of the divinity of Jesus and refusal to coronate Calvin (no surprise there). Several on the committee privately pleaded, “Please change the words; they’re only words; we need you in the Church!” I sucked it up and changed a few words.

The sum of seminary was a reality check: Who was really “called” to serve and why? Not much is left when your studies reveal that the “People of God” are not necessarily in church every Sunday, that the Bible itself proclaims “liberation” for the poor and powerless who are the rightful owners of “the Kingdom,” and that God was no doubt out among the outcasts (lepers and sinners as they are) instead of in church. 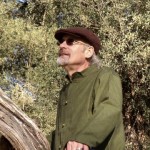 July 18, 2014
Ask an Atheist Ex-Pastor – What about Me and Grandma in Heaven?
Next Post