Editor’s Note: In the last of our Rabbi series, we hear again from Jeff Falick. This time he tells us in some detail how the Humanistic Judaism movement got started and how he got involved with it. 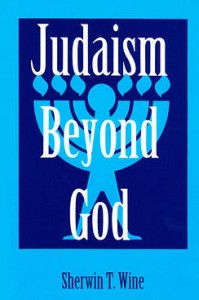 What’s an atheist rabbi to do?

That was the dilemma that confronted me when I finally admitted to myself that I did not believe in a deity – or anything supernatural – and that my decades of effort to transvalue the idea of God into some kind of compelling metaphor had produced little but headaches and frustration.

Fortunately, I was not required to put my rabbinical work aside. In fact, my newly embraced secular humanism catalyzed the revival of my moribund career. This is entirely due to the genius of one man, a rabbi named Sherwin Wine.

In 1963, Wine and a small number of lay people set out to incorporate a new Reform Jewish temple in suburban Detroit. They had nothing radical in mind. The lay people really just wanted a convenient normative non-Orthodox synagogue closer to where they lived. Wine, however, wanted to take them on a unique journey, challenging everything they thought they knew about Judaism and its religious legacy. By the time they were done exploring their beliefs, they had founded the very first nontheistic Jewish congregation in the world.

Jewish atheists were nothing new. But no one had ever previously attempted to appropriate rituals and ceremonies associated with the religious aspects of Jewish life and adapt them to the needs of non-believers. This was no simple task. In truth, most Jewish rituals and practices were simply abandoned. The majority were ill-suited to adaptation. Yet even without the many practices that they jettisoned, they still had plenty left to work with. They proceeded to re-cast Judaism’s holidays, life cycle ceremonies and other similar customs in a new non-theistic mold. 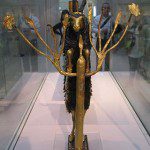 It did not take very long for word to get out about the radical new suburban Detroit Jewish congregation. Wine was summoned before the local board of rabbis to provide an account of himself and his congregation. Jewish leaders denounced them. Congregants were ostracized by friends and family. The congregation was thrown out of its rented home.

Then things really got bad.

In 1965, Wine was profiled by Time Magazine which dubbed him, “The Atheist Rabbi.” The stigma of the word, “atheism,” was even stronger in those days than it is now. Its use by the magazine had a chilling effect on the congregation. Wine was indeed an atheist, though he preferred to describe himself as ignostic. But this was a very fine philosophical point and one that did not solve the growing public relations problem.

Wine also had another, more ideologically driven concern. He did not want his innovation to be named for what it rejected. It would be a community of Humanistic believers even if their beliefs were radically different from conventional religious forms of Judaism.

As Jews, they believed that Jewish identity was rooted in the Jewish historical experience, not in any of its (numerous and often contradictory) belief systems.

As Jews, they believed that Jewish culture is a product of human imagination and that expressions of Judaism must meet human needs.

As human beings, they believed that reason, observation, experimentation, creativity and artistic expression are the most appropriate avenues to address questions about the world and to understand the human experience.

As human beings, they believed that people alone have the responsibility for solving human problems independent of supernatural concepts of authority.

As human beings, they believed that it is up to people alone to take responsibility for the future of our world.

As Wine created this movement, he also created what became a kind of “Clergy Project” for rabbis. Though their number was few, he was joined by others who had also abandoned (or never possessed) any traditional faith in God. They were in good company, joining Humanist Unitarian Universalist ministers and American Ethical Union leaders in providing clergy-style services for Humanists. Wine even founded the Humanist Institute which today operates under the auspices of the American Humanist Association.

When I first “came out” as an atheist, I was working as the assistant director of a Jewish community center. It was not particularly challenging or fulfilling work, but it turned out to be a blessing in disguise. As an administrator and programmer with no liturgical duties, I was free to explore my tentative Humanism without interference. I established a blog called The Atheist Rabbi (http://www.TheAtheistRabbi.com). I joined the Society for Humanistic Judaism (http://www.shj.org) and the Association of Humanistic Rabbis (http://www.humanisticrabbis.org). I even joined the Clergy Project, more as a way of helping others in my situation than out of a personal need for support. I had already found my support by joining a community of like-minded people committed to both Jewish heritage and secular Humanism.

About two years ago I received a call informing me that the Rabbi Sherwin Wine’s own congregation was seeking a new rabbi. I applied.

I’m happy to report that I got the job and proudly serve as rabbi of The Birmingham Temple Congregation for Humanistic Judaism (http://www.birminghamtemple.org).

Today I have the privilege of functioning as a rabbi in all of the ways that matter. I visit the sick. I preside over life cycle ceremonies. I teach. I speak about a wide range of Jewish and Humanistic topics. I do it all in the context of a community of committed Humanistic believers.

I do not carry out my duties in the name of any kind of authority. My sole authority as a member of the clergy is educational. I represent no ancient wisdom and certainly no god. Rather, I represent my congregants to each other. I serve them as a community organizer and convener. I do for them what they don’t always have time to do for each other.

The motivation to belong to a community of purpose will not automatically evaporate with the spread of nontheism and Humanism. Religion evolved to serve many human needs. Some of them were nefarious – more about power and control than serving humanity. But religion also created communities that brought people together for their mutual benefit. As Humanists, we recognize that the entire religious enterprise was wholly the creation of humanity. Many Humanists feel no need for the kinds of connections that religious institutions engender among people. Yet many others still feel a longing to be part of a collective effort that is bigger than themselves. A Humanistic community, committed to reason and naturalism and open to the power of coming together to learn, celebrate or mourn has much to offer them. For those who feel a connection to Jewish heritage, Humanistic Judaism can help answer that need.

That’s what an atheist rabbi is here to do. 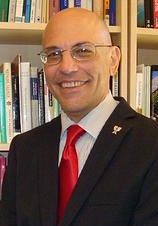 Bio: Jeffrey L. Falick is the rabbi of The Birmingham Temple Congregation for Humanistic Judaism in Farmington Hills, Michigan. Ordained by the (theistic) Reform Jewish movement, he later became associated with Secular Humanistic Judaism, an approach that combines adherence to nontheism with a celebration of Jewish culture and life. He serves as president of the Association of Humanistic Rabbis and on the Executive Committee of the Society for Humanistic Judaism.

September 11, 2014 How Can Seminary-Educated Pastors Preach the Bible?
Recent Comments
20 Comments | Leave a Comment
Browse Our Archives
get the latest from
Rational Doubt
Sign up for our newsletter
POPULAR AT PATHEOS Nonreligious
1