Back to the Future

Editor’s Note: “Brian,” the seminary student who wasn’t, sends an instructive and reassuring letter to his younger self about his life course. The message: Life is complex and trusting your gut is better than cursing and dismissing your doubts.

Editor’s Note 11/27/14 This post has been updated using the writer’s original words, as he requested in an earlier email that I unfortunately did not notice until now.  My apologies. 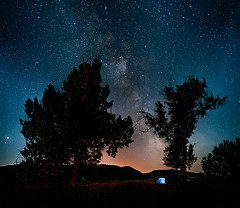 From: Brian in the Midwest

Remarks: Please post the following communication to the enclosed time and location.

It is late May, 1993, and you have just graduated from High School. You are in the middle of a long solo camping trip when this letter finds you. Do yourself a favor and cook that fish you caught just a little longer. I am going to tell you some things about your past that you will not otherwise understand until much later. Do not be afraid. I will also tell you some things about your future, but only those which can help you now. From where I sit, in 2014, we are about to turn 40. That, I suppose, is the first revelation: that you live to be at least this old.

The people who have raised you mean well. The community you have lived in is full of people who are doing their best to live dignified lives the way their parents taught them and the only way they know how. You have never felt that you quite belonged, but an explanation for this feeling eludes you. The narrative you have constructed for yourself in the absence of better information is incorrect. I want you to know the truth. Right now you are beginning to give up on the fantasy that one day sages from the land of smart will whisk you away to a place where everything you do matters immensely. That place is real and it is not far away, nor is it an exclusive club. It is simply the wider world and you have to invite yourself.

The people who surround you now have never known what to do with you. They assume your test scores mean you will not need help. They are bewildered by your natural abilities and you have adopted their attitude about what it means to be intelligent. They are wrong and so are you. They tell you that your combination of quickness of mind and unusual sensitivity qualify you uniquely for the clergy, it being the highest calling of which they can conceive. Their limited imaginations needlessly hinder you, but you will not see beyond that until you remove yourself from their influence. You are far more suggestible than you would like to admit, and you are not nearly as smart as everyone keeps saying you are. It only seems so because you have only them for comparison. What you are is different, not better, and you will fail to fulfill your potential until you make a clean break – not just physically or socially, but in your very conception of reality. In the version of our life I have lived since your day, it took an inordinately and embarrassingly long time for us to figure this out. Now brace yourself.

A few months from now your Dad will have a brain aneurysm and he will never be the same. The surgeons will remove a portion of his left frontal lobe which has already stroked out to make room for the rest of his rapidly swelling brain. This will save his life but he will become like a child; a perpetual little brother. He will change from the noble but repressed man you have admired into an innocent, emotionally transparent being and you will love each other in a new way. I’m sorry the two of you will not get to be adults together, but nothing can stop it happening. If you beg him to get scanned he will dismiss you and everyone will think you are crazy – their god would not let such a thing happen. Even if you could convince him of what is coming, he would likely put his service revolver against the roof of his mouth rather than suffer the indignity of becoming an invalid. That is not your choice to make, though I not-so-secretly hope you can find a way or I would not be telling you.

These events will send you reeling and, though you will not recognize it in the moment, you will grasp desperately for anything to replace him. In your grief and confusion (and after a period of nihilistic rebellion), you will submit to the promise of comfort and transfer to a Lutheran University to prepare for Seminary. Everyone will be so pleased. There you will learn to shield yourself from all curiosity, both internal and external. You will further cement in your mind an ideology utterly contrary to your personality and instincts. You will not be equipped to acknowledge the subtle duress under which these convictions will form. From your earliest memories you have been taught that to trust in one’s own reason is foolishly arrogant and blasphemous. On your knees you will beg to be freed from lingering doubt and confess the degeneracy these misgivings betray. You will recite the creed and mean it, every word. By nature sinful and unclean.

After college, when you get to Seminary you will make the best decision to that point in your life. You will look around you on orientation day and realize that you are not called. Be confident you are doing the right thing, but do not pat yourself on the back too hard because your reasons are merely intuitive and in that sense pure luck. You will find out only later the world of trouble you are avoiding. You waste an absurd amount of time fretting over the blindness of unbelievers, the inerrancy of scripture, divine retribution, the specialness of you, and destiny. None of this is real. None of this is worth your time and energy.

If you think this sounds like a series of events you should try to avoid, and you should, start making different choices now. It is too late to retrieve the acceptance letter from Tufts that you threw in the trash because the prospect of moving so far from home intimidated you, but when you get to State this fall pick a better major. Study the brain and learn all you can. The technology is right around the corner. Maybe you can make life better for Dad – and Mom – and a lot of other people.

Rest assured, whatever you do, even if you repeat all my mistakes, things work out alright eventually. We’re in good health and have meaningful pursuits. The real world is amazing and there is always more to know, more to explore, a clearer understanding to achieve, and plenty to be proud of. When Dad finally passes, many years hence, you will be there for him and he will know it. You will find just the right thing to say and you will be proud of that, too. I leave you now to live your life with a quote I know you will recognize:

Doc Brown: Well, bring her along. This concerns her too.

Marty: Whoa, wait a minute, Doc. What are you talking about? What happens to us in the future? What, do we become assholes or something?

“Brian” is a government contractor in his late thirties from the Midwest who had prepared for Lutheran seminary as an undergrad. He decided against a career in ministry after the first day of Seminary orientation and is grateful to have “dodged a bullet,” since he now does not hold supernatural beliefs.  He was interviewed confidentially for the Dennett-LaScola study and his remarks were used in Caught In The Pulpit: Leaving Belief Behind as a point of comparison to participants who had gone forward with pastoral training despite their doubts. He is married with three children.

October 27, 2014 The Future: Christianity, Humanism or Both
Recent Comments
57 Comments | Leave a Comment
Browse Our Archives
get the latest updates from
Rational Doubt
and the Patheos
Nonreligious
Channel
POPULAR AT PATHEOS Nonreligious
1

Nonreligious
Identifying as Atheists -- When Will We Grow...
Rational Doubt 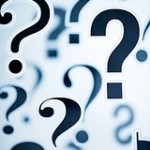