Theistic Evolution? No Such Thing

Editor’s Note: Our Humanistic Rabbi sets liberal clergy straight on the subject of evolution:  religious beliefs and the findings of science are NOT perfectly compatible. 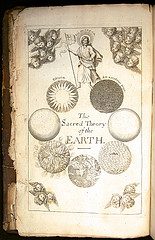 Now I can’t argue that this is not a laudable goal. We should be teaching evolution. Unfortunately, The Clergy Letter Project is grounded in an unsupportable idea.

In order to support teaching evolution, those behind it promote the idea that religious beliefs and the findings of science are perfectly compatible. This is what biologist Michael Zimmerman, the effort’s founder, has written on the site http://www.theclergyletterproject.org/Backgd_info.htm:

For too long, the misperception that science and religion are inevitably in conflict has created unnecessary division and confusion, especially concerning the teaching of evolution. I wanted to let the public know that numerous clergy from most denominations have tremendous respect for evolutionary theory and have embraced it as a core component of human knowledge, fully harmonious with religious faith.

Zimmerman is in good religious company. Just as I was preparing this piece for publication, his viewpoint received a big boost from none other than Pope Francis himself who reiterated the Church’s support for evolution in an address to the Pontifical Academy of Sciences.  He said:

“Evolution in nature is not inconsistent with the notion of [God’s] creation, because evolution requires the creation of beings that evolve.”

While there is no question that it is better to have pro-science clergy than anti-science clergy, there’s no use pretending that the two are completely compatible. Evolution by means of natural selection presents some very fundamental challenges to religious faith. A correct understanding of the theory precludes religious compatibility.

Efforts to get around this reality have resulted in the invention of creative, but completely unsubstantiated interpretations of evolution. No less a religious thinker than Arthur Green expressed this in a piece he wrote for the very liberal Tikkun Magazine in 2010. A self-described “mystical pantheist,” his article was entitled, “Sacred Evolution” http://www.tikkun.org/article.php/mar2010green:

The coming to be of “higher” or more complex forms of life, and eventually of humanity, is not brought about by the specific and conscious planning of what is sometimes called “intelligent design.” But neither is it random and therefore inherently without meaning. It is rather the result of an inbuilt movement within the whole of being, the underlying dynamism of existence striving to be manifest [emphasis in original] ever more fully in minds that it brings forth and inhabits, through the emergence of increasingly complex and reflective selves.

That’s some pretty heady stuff. And the rest of the piece isn’t much easier to comprehend. But when I wrote to the magazine to point out that evolution leaves no room for any teleology, he called me angry for pointing out that humans are no more complex than sharks. And this is coming from someone who is not exactly a classic theist.

What Green and many less wordy theologians believe is that God, however he’s conceptualized, employs evolution to create the kind of complexity that must inevitably result in beings like us. Whether they use fancy mystical language or more conventionally theistic descriptions of a deity that utilizes evolution as the means of “creating man in his likeness and his image,” it’s the same basic misunderstanding of the process. The universe isn’t conscious. God didn’t use evolution to make us. We’re here because of random mutations that were selected by nature for what they offered in adaptability and survival.

But this isn’t really the central problem with claims of theistically guided evolution. The theory of evolution’s real challenge to religious faith is that it has completely removed humanity from the center of the universe.

A desire to be important and central to the universe is what stands at the center of both Green’s oddly imaginative ideas and the more pedestrian notions of people like Zimmerman and his supporters. When we realize that we’re an accident and that our entire existence is completely contingent upon circumstances that could just as easily have come out another way, then we are no longer beloved. Not to God and not to an indifferent universe. Carl Sagan put it eloquently when he said,

“We do not live in a privileged reference frame.”

That may be hard to swallow, but it doesn’t make it less true.

Over the Jewish holidays I spoke to my secular humanistic congregation about this very subject. I explained that, indeed, some interpreters of religious narratives managed to accommodate themselves to new scientific facts about the mechanics of our universe. This is something that we hear quite frequently from defenders of non-fundamentalist religion.

It’s not an entirely unjustified claim. Galileo took our planet out of the center of the universe, but religion ultimately recovered. Newton described the mechanical unguided physics of large bodies, but religion managed to bounce back. Religious people may have been dragged kicking and screaming into accepting these things, but ultimately many were able to do so.

But then came Darwin.

And they have not recovered from that. Instead they deliberately misunderstood his theory, pretending that what he uncovered was the fact that creatures evolved. Well we already knew that.

What Darwin actually figured out was that we evolved completely and entirely due to natural and random mutations selected by nature for their survival value. This utterly impersonal process makes no room for any divine teleology, no matter how mystically it is framed. The notion that intelligent life was inevitable is just dead wrong.

Sadly, future generations may ultimately learn this the hard way. Because at the rate we’re endangering our survivability on earth, natural selection may very well favor the tardigrade. 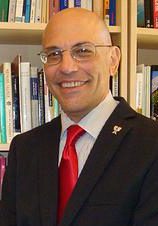 Bio: Jeffrey L. Falick is the rabbi of The Birmingham Temple Congregation for Humanistic Judaism in Farmington Hills, Michigan. Ordained by the (theistic) Reform Jewish movement, he later became associated with Secular Humanistic Judaism, an approach that combines adherence to nontheism with a celebration of Jewish culture and life. He serves as president of the Association of Humanistic Rabbis and on the Executive Committee of the Society for Humanistic Judaism.

October 30, 2014
Growing Into My Humanism: Shedding Light on the Shadow of Theism
Next Post 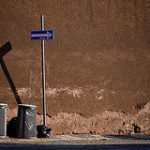 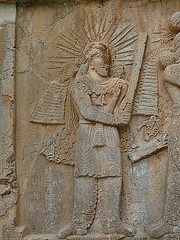 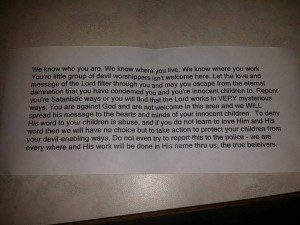 Nonreligious
So How Does It Feel Not To Wear...
Rational Doubt
TRENDING AT PATHEOS Nonreligious