“At least Jesus died for a good cause”

as someone commented in last summer’s VBS series. Ever on alert, moderator/editor Linda asked,

“What good cause did he die for?”

When no one answered, I was disappointed! Linda invited me to have a go at it, so here is my response.

I recall that a firestorm broke out during the 1993 interfaith international feminist “Re-Imagining” conference. Outrage especially targeted the answer that theologian Delores Williams gave to a question from the audience:

“What is our theory of atonement to be? For what did Jesus come?”

“I don’t think we need a theory of atonement at all. I think Jesus came for life and how to live together, what life was all about.”

Describing a visit to a church where the only imagery was Virgin and Child, cross and empty tomb, she said:

“No images of ministry, of the mustard seed, fishes and loaves. I don’t think we need folks hanging on crosses, and blood dripping, and weird stuff. We need the sustenance, the faith, and the candles to light. Jesus’ mandate is that we pass on tough love, love that’s whipping the thieves out of the temple. I don’t see that the cross does that. I think the cross ought to be interpreted for what it was, a symbol of evil, the murder of an innocent man and victim. When we confront the status quo as Jesus did, when we raise questions about the poor and empowering people who’ve never had power before, we’re more than likely going to die for it.”

Some readers of this blog doubt there ever was a Jesus figure. But for now, let’s focus just on the stories themselves. Intriguingly, Carl Jung says that ideas have real lives and real effects on people’s wellbeing in the world. 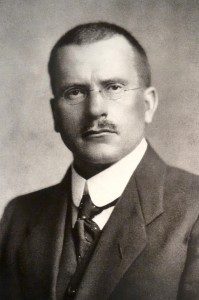 “Myth is not fiction: it consists of facts that are continually repeated and can be observed over and over again….”

“Symbolical truths… are rooted in the very structure of the human psyche.”

In seminary, I was greatly relieved to learn there is no single theory of Jesus’ death. Instead, there are a variety of  understandings. I had thought only Substitutionary Atonement was accepted – Jesus taking the punishment for our sins — which makes a mockery of justice.  Killing an innocent person only adds to horrific wrongdoing in the world. Learning that there are many biblical views suggested that I could construct my own.

These days, there are lots of stories about why Jesus died. 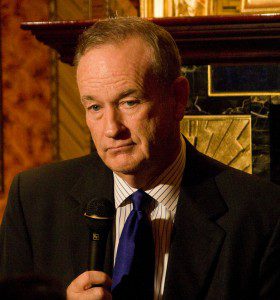 Bill O’Reilly’s Jesus suffered under Roman taxation. Reza Aslan’s Zealot Jesus was a freedom fighter who paid the price of his violent revolt.

I am very happy to see growing interest in Peter Abelard, (star-crossed lover of Heloise in the 1100’s).

I think Abelard was getting it right, although his work was routinely condemned and sometimes burned by the orthodox of the day.  Abelard recognized the horror of substitutionary atonement:

“How very cruel and unjust it seems that someone should require the blood of an innocent person as a ransom, or that in any way it might please him that an innocent person be slain, still less that God should have so accepted the death of his Son that through it he was reconciled to the whole world.” [Commentary on the Epistle to the Romans, p167]

Abelard’s view was that the good cause Jesus died for was “Revelation” — to reveal that God loves each one enough to suffer for us, which has the effect of “kindling” love in our hearts for God and others.  [p. 168].

The way I have told the story when leading Christian worship is much like Abelard.  People often think of God as being scary, out to get us and keeping track of our bad behavior. But I describe how Jesus was not like that.  Jesus talked about God’s mercy and hung out with people thought to be sinners. When legalistic religious leaders tried to get rid of him, Jesus would not take back this view of God – not even under torture. And ultimately, resurrection [whatever that is] ratified his view of God as being merciful.

I don’t think Jung would approve of my way of telling the story.  I’ve been using the good descriptions of God from the Hebrew and Christian Bible and omitting the horrifying ones.  But Jung says that because the idea of God signifies reality, both “God” and humans must be seen to have a shadow side.  Jung psychoanalyzes the Bible’s portrait of God, pointing out how the Book of Job revealed that the human was more moral than YHWH, as Job called for vindication against the unjust and capricious suffering that YHWH allowed.  YHWH therefore determined to become more moral too, by becoming human.  And at Jesus’ cry of dereliction on the cross —

“at that moment God experiences what it means to be a mortal man and drinks to the dregs what he made his faithful servant Job suffer.  Here is given the answer to Job….”  p.5292  Collected Works of C.G. Jung: The First Complete English …

This is complicated, I know.  Psychoanalysis is like that.  For those who are determined to explore this more thoroughly, I recommend Jung’s 1958 book, The Answer to Job.

Somehow, I still prefer to think of some sort of ultimate dualism rather than the prophet Isaiah’s God saying,

But Jung’s symbols are making me think again of TCP’s Chris Highland. 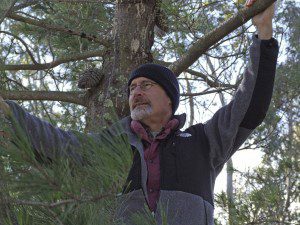 He accepts the terrifying danger of the universe along with its awesome beauty in the video “Nature is Enough.” which I highly recommend.  I continue to ponder, but suspect there is wide agreement that — the more love the better!

**Editor’s Question** What does the comment “At least Jesus died for a good cause” bring up for you?

Bio: Elizabeth thinks she may be an agnostic Christian freethinker. She is a retired chaplain in long-term care and hospice, now volunteering and taking some time to probe “life, the universe, and everything” (as per The Hitchhiker’s Guide to the Galaxy). She is thankful for the very helpful discussions on the Rational Doubt Blog, because they deal with questions she is working on.

October 12, 2015
How I Avoided the Ministry and Broke the Spell of Religion
Next Post