As Anne Frank said, while hiding from the Nazis:

“In spite of everything, I still think that people are really good at heart.”

A few days ago, some radicals murdered dozens of innocent people in Paris. The world is still coping with, and grieving over- this latest terrorist attack. Sadly, these events have become almost commonplace. All of us remember where we were on 9/11- staring at a TV in disbelief. Crying.

People who kill like this are either criminally insane or delusional. What causes someone to walk into a theater or café and start shooting people? What causes men to deliberately fly an airplane into a building- killing thousands, including themselves? Sane people don’t do these things. But these were seemingly sane people.

If you knew one of these murderers beforehand, you would assume they were perfectly normal citizens of the world. And they were.

Except for one thing: their beliefs caused them to do things that hurt people.

These radicals belong to a fundamentalist religious mindset that sees their way as the only way and every other worldview as evil and wrong. The only difference between their fundamentalism and the kind espoused by your neighbor who goes to the Primitive Baptist or Pentecostal church is that these radicals believe their God is commanding them to kill the infidels. Fundamentalist Christians aren’t calling for that.

Unless of course you belong to Kevin Swanson’s church; or you are one of three Republican presidential candidates who implicitly endorsed his ultra-conservative ideas by speaking at a conference he hosted.

The nice man or woman down the street who is equally as certain of their particular fundamental beliefs has embraced a religious mindset that is very dangerous. How could an otherwise normal, sane man believe that a person who is homosexual should be stoned to death? He can because his holy book tells him so and he can cite chapter and verse. This is what God has said; of that he is certain. It causes him to behave in ways that he otherwise would not.

Damage is done every day in the name of certainty. Some of you may be the victims of a religious manipulation tactic known as “shunning.” I experience that every day in my own family. My two grown daughters and their husbands have nothing to do with me because I left the faith. They don’t avoid me because of something evil I did or some crime I committed. They shun me because I don’t believe the right things.

I understand that it’s confusing and hard for them to come to grips with the fact that I have abandoned the faith in which I raised them. I’m more than willing to discuss it with them. But they won’t. They can’t because their certainty has no room for different viewpoints.

But they believe that is simply tragic collateral damage from the battle that has to be fought. They believe. They are certain.

Certainty is the currency of evangelical Christianity. In fact, it’s my observation that any fundamentalist ideology has, at its core, a dependence upon certainty. And behind any fundamentalist ideology is the holy book. Without the words of the holy book guiding thought and action, the fundamentalist has no source for his certainty. Evangelical Christians are convinced that their holy book instructs them toward certain behaviors and condemns other behaviors. For this reason, they base their worldview on the holy text and condemn anything that deviates from it. Fundamentalists in other cultures do the same.

Christians condemn gays because they believe their God does it. 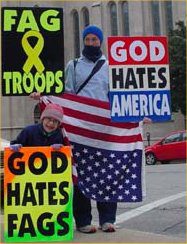 Their belief system compels them.

Their certainty drives them.

These are not bad people. They are good people driven to do bad things because a toxic and dangerous belief system has twisted their hearts.

I used to believe and teach the central theme of Christianity:

We are born broken and sinful.

I see now how damaging and destructive that message is, and I am extremely sorry I ever taught it.

We are not bad people in need of a savior. We are just people; all of us trying to do the best we can, and for the most part, I agree with Anne Frank, whose words bear repeating:

“In spite of everything, I still think that people are really good at heart.”

**Editor’s Question** What can we do to try to bring out the good in people? 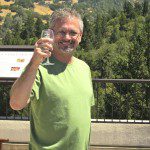 Bio: Dave Warnock was a Christian for 30 plus years in the Evangelical/Charismatic movement, in active pastoral ministry most of that time. He left the faith about four years ago after gradually realizing he had run out of reasons to believe. He is 60 years old and lives near Nashville, TN, where he works in the insurance business.

“WBC protest” by The original uploader was Guanaco at English Wikipedia – http://www.godhatesfags.com/photos/2005/20051023_tulsa-ok.html. Licensed under Copyrighted free use via Commons – https://commons.wikimedia.org/wiki/File:WBC_protest.jpg#/media/File:WBC_protest.jpg

Nonreligious
Hatred in the Name of Religion
Rational Doubt 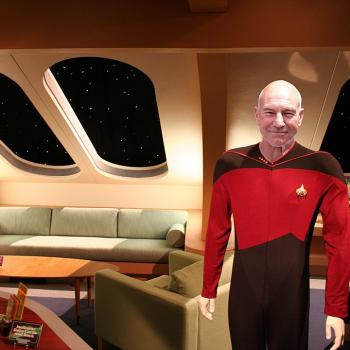 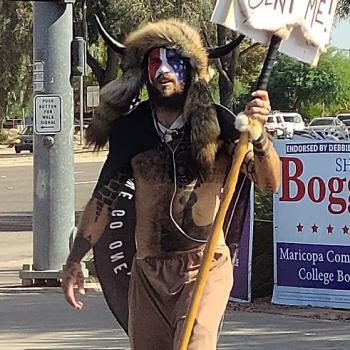