Coming (out) Soon – A Disillusionist

Editor’s Note: I recently had the pleasure of “meeting” another Clergy Project (TCP) member. I put “meeting” in quotes, because I don’t know his real name or where he lives. I do know that he’s for real, however, because I was put in touch with him through a TCP member who can vouch for him. This is how things roll with people whose beliefs change while they are making their living as part of the religious enterprise. They are very careful about protecting their privacy and are lucky to have TCP (since 2011) to provide support that helps them cope with the consequences of their changed beliefs. In the following Q&A,  Disillusionist and I discuss his hopes and plans for coming out in a way that will benefit him and others. I also put asides in [brackets] after his responses to show how he compares to non-believing clergy who participated in the Dennett-LaScola Study, completed in 2012. 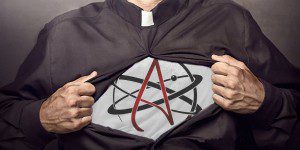 I feel it is important that I can be myself and I can express my true views on issues that I think are divisive or harmful. If I do not come out I don’t think I could do that the way I would like. I also hope my story might aid others who want to come out or who are questioning their faith.

[Many study participants wanted to help clergy who no longer believed. Thanks to the Internet, they can have an impact by writing blogs on their experiences as they work to leave the clergy. Another example is of this is Pastor No Faith]

My wife and I have reduced our living expenses to a minimum. We are trying to find ways to replace our income outside of church work. When we do, I will be able to publicly reveal my identity.

[Our research shows that a supportive spouse is one of the most important factors in smoothly leaving religion. This is not exactly rocket science, I know. It always helps to have support. Unfortunately, otherwise supportive and loving spouses (and other family members and friends) often choose loyalty to an unseen God over loyalty to the real people in their lives.]

Some topics I have posted have been inspired by interactions with others and some are just my own thoughts on issues I have been trying to work through in my own head. You can expect more of the same. Every aspect of my thinking has changed or is changing since I left my faith in a deity behind me. So, I don’t know what specifically I will write about at any given time.

[Changing one’s beliefs is a work in progress. Unlike a religious revelation, it doesn’t happen in an instant. It’s the result of deep thought and often long periods of denial and cognitive dissonance. Clergy are changing not only their beliefs, but also an entire lifestyle and means of financial support for themselves and their families.]

I heard about TCP from a friend of a friend who was connected to TCP. I felt like it was a place where people might understand my feelings and experiences. I also felt like I have dealt with my situation realistically and may end up being a help to others. The members there have shown me that I am not alone and made it easier to share my journey. They have been very supportive.

[He is being vague here and I don’t blame him. 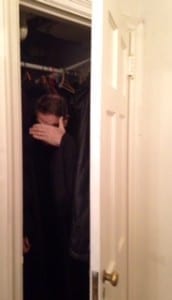 At this point in his coming-out process there is nothing in it for him to provide details that could help identify him to others.]

I am not sure what I would say. It would depend on the person, their belief, and my relationship to them. I could not condone them starting a life pursuit into something based on a concept I believe to be false, but I would not want to spend time discussing it if I felt it was not going to lead the person to truly consider their life their beliefs and all that comes with being clergy.

If they were truly looking for advice and perspective and not looking for confirmation or looking strictly to defend their current position, I would encourage them to explore the reasons that people like myself do not believe in any particular god concept. I would encourage them to compare and contrast the basics of other religions with their current belief and write out why theirs is legitimate and the others are false. I would tell them to take all the information they gathered and studied and ask one question:

“Is this really what I am going to possibly forsake everyone and everything else in my life to pursue?”

I would also emphasize that they need to ask that question without bias. They really need to try to separate their thinking from any preconceived ideas that are rooted in the beliefs of others. The truth is the truth and it will stand on its own. Just because your family or someone you admire believes something does not make it true.

[Great advice! I wish all prospective religious leaders would do this kind of soul searching.]

I think the movement has made tons of progress via the Internet. I think it is time to let people in general see that atheists aren’t hateful people. It is easier to research, discover and accept something if it becomes personal. For example, people find it easier to drop their hatred for homosexuality if they have a niece or nephew who is gay. When you interact with someone or something outside of your comfort bubble you tend to learn something new. I think people who live without belief need to give others that same opportunity. The movement needs to become interactive with the average person. I think it needs to be more personable and accessible to the average Joe.

Something Disillusionist didn’t mention in this Q&A, but states in his first blog post is that he is “very well known in the religious realm.”  This means that when he does come out, the “average Joe” – and the media – are likely to take notice.

Good luck, Mr. D!  Supporters of atheism/freethinking/humanism would love it if you could help people drop their hatred toward those who don’t believe in god, but most of all, we want you to do whatever works best for YOU.