Editor’s Note: Instead of the podcast about the movie, “Spotlight” that we hoped to post, we have a fascinating, albeit frustrating explanation for why it’s not ready.   The upside is that this incident has helped frame a defense against defenders of the Church.   They are simply wrong, according to evidence that the Catholic Church itself no longer denies.

We will soon feature our first Rational Doubt podcast.

In it, former Catholics, Mary Johnson, Linda LaScola and I review Spotlight. It’s the Tom McCarthy film about the Boston Globe’s 2002 investigative report on the systematic cover-up of sex abuse cases in the Boston Diocese by then Archbishop Bernard Law.

For those of you who have read my book, From Apostle to Apostate, you’ll know that the pedophilia crisis played a significant part in my loss of faith – so when it came to review the film I knew a lot about the Church’s strategies to deal with its so-called “bad apples.”

We will be posting the podcast shortly – as soon as we are able to get over a hurtle that popped up when the editing and operator of the recording studio I had booked informed me that he did not like the subject matter of the podcast.

“Hi Catherine. I finally got to listen to a little bit of the phone interview. Please tell me that this isn’t yet another opportunistic attack on the Catholic Church!!! If it is, I can’t do it. I have watched this witch hunt evolve and have experienced first hand the media frenzy exploiting the acts by a few misguided individuals in an attempt to discredit an entire organization and all the sacrifices made by its membership who gave up their lives trying to bring dignity and eliminate the suffering of those born into poverty or subjected to atrocities in the name of greed, discrimination or entitlement. Please tell me I’m reading your message wrong!”

So at the eleventh hour, I lost our podcast editor who is also the person my publisher had booked to record the audio version of From Apostle to Apostate.

I wish I had known in advance about the audio guy’s attitude about sex abuse in the Church. What can I say? Live and learn. Luckily, I’ve found another studio for the book taping.

There are a few things I’d like to point out to the audio editor and others with a similar attitude about the Catholic Church.

First, the Catholic Church can take care of itself; it’s been doing fine for the past two millennia.

Second, this movie and the discussion surrounding it are not about disputed facts. This is not a witch-hunt; it’s a revealing of known details that even the Vatican does not reject.

In its review, Vatican Radio called the movie “honest” and “compelling” and said it helped the U.S. Catholic Church

“to accept fully the sin, to admit it publicly, and to pay all the consequences.”

Luca Pellegrini on the Vatican Radio website wrote that the Globe reporters,

“made themselves examples of their most pure vocation, that of finding the facts, verifying sources, and making themselves—for the good of the community and of a city—paladins of the need for justice.”

Also, referring to the systemic worldwide sexual abuse of children as the work of “a few misguided individuals” is the language of collaborators who are more interested in having the church continue to meet their needs than in seeking justice for the victims and an end to this pathology.

This is an uphill battle; one that Stanley Tucci’s character, Mitchell Garabedian, characterised perfectly.

“They control everything. I’m not crazy, I’m experienced.”

I don’t know how not to be angry with the church – and pew sitters for that matter – when it comes to the scale of this crisis of child abuse.

So, what’s a former Catholic girl to do?

Pick up and move on, I guess, while trying not to recoil at the recollection of angry Catholic faces bent on blaming the victims all the while offering them up as a burnt sacrifice.

For additional reading on the film, the Boston Globe and Clergy sexual abuse of minors please click on the links below.

Reactions from the Catholic Church

Cardinal Sean O’Malley of the Archdiocese of Boston said Spotlight illustrates how the newspaper’s reports prompted the church “to deal with what was shameful and hidden.]Vatican Radio, official radio service of theHoly See, called it “honest” and “compelling” and said it helped the U.S. Catholic Church “to accept fully the sin, to admit it publicly, and to pay all the consequences.” Luca Pellegrini on the Vatican Radio website wrote that the Globe reporters “made themselves examples of their most pure vocation, that of finding the facts, verifying sources, and making themselves—for the good of the community and of a city—paladins of the need for justice.”

What They Knew in 1985 – National Catholic Reporter

December 6, 2015
Former Catholics put a Spotlight on the Movie "Spotlight"
Next Post

December 14, 2015 Nice-Catholic-Girls–Turned-Atheist: Our Perspectives on “Spotlight”
Recent Comments
33 Comments | Leave a Comment
"I have always thought it should be “...foolishness to those who are NOT perishing...” Why ..."
Ralph-Uwe Scherer The New Testament’s Biggest Cover-up: Jesus ..."
"It's odd that you say Vujicic has had much suffering when you apparently don't know ..."
Dorothy G. Ferguson Is Suffering a Problem for Those ..."
"But Anne, can't we create a meaningful and comforting narrative based on truth rather than ..."
Gary Whittenberger Is Suffering a Problem for Those ..."
"True, but there exists no God to have that plan anyway."
Gary Whittenberger Is Suffering a Problem for Those ..."
Browse Our Archives
get the latest updates from
Rational Doubt
and the Patheos
Nonreligious
Channel
POPULAR AT PATHEOS Nonreligious
1 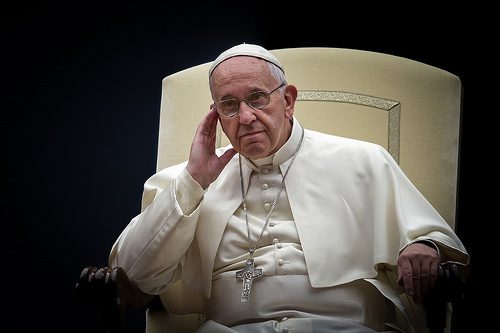 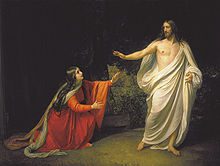