God – The Most Unpleasant Character in All Fiction – Reviewed

God – The Most Unpleasant Character in All Fiction – Reviewed February 2, 2016 Linda LaScola

Editor’s Note: I am pleased to present a review of  Clergy Project co- founder Dan Barker’s latest book, released today by Sterling Publishing. I’m guessing this will be the most detailed review, since it’s written by a former Bible teacher who is also a Clergy Project member. Even she found some (gruesome) surprises.

It’s the God you won’t hear about in church. 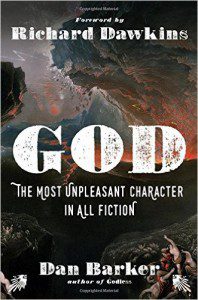 Dan Barker’s newest book, God: The Most Unpleasant Character In All Fiction, mines heavily from Old Testament texts to expose the full character of Yahweh apart from the laurels commonly bestowed upon him.

There’s a saying that a person who is nice to you but mean to the waiter is not a nice person. For any encomium in Scripture praising God’s good deeds, Barker provides an overwhelming number of passages contradicting or undermining them. 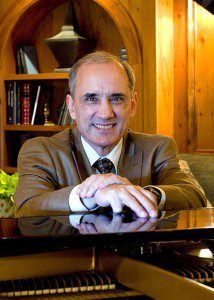 He includes almost every verse ever skipped in sermons–often those directly before or after popular favorites–which injects a sinister meaning into a previously positive message. When I followed along in my personal Bible, I noticed I had highlighted and once meditated upon many inspiring-sounding passages of God’s greatness that were tucked within paragraphs of God’s horrors.

For those of us who are former missionaries, clergy or laypeople who have taught others to emulate God’s “love” or preached on the necessity of obedience to God, it is especially eye opening.

This book’s inception is traced back to the infamous first sentence of the second chapter of Richard Dawkins’s The God Delusion, which describes the Old Testament deity in terms such as “unjust, vindictive, genocidal, and capriciously malevolent.” Barker, who was a preacher for almost two decades with a background in biblical studies, devotes a chapter to every single negative descriptor given by Dawkins, supporting each as valid. Then he adds several more of his own to the list.

Each chapter builds on the last in a chain reaction that leaves the Yahweh character utterly irredeemable. In any other story a hero would have come along at some point to defeat this terrible villain, but instead all the heroes we read about worship him. 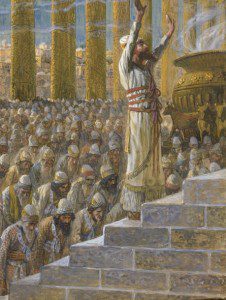 By the end of the chapter aptly titled Bloodthirsty, I had forgotten I was reading about God, and thought for sure the Scriptures were describing Joffrey Baratheon, the fictional Game of Thrones villain.

God’s depravity is so well documented that Barker’s lengthy lists of godly deeds left me numb. After a while, nothing could faze me.

One story Barker mentions is repeated twice in Scripture: once in 2 Samuel and again in 1 Chronicles. But in 1 Chronicles, the identical story has Satan in the place of God.

One of the things I’ve always loved about Dan Barker is his ability to paint a vivid word picture to describe religious concepts. An excellent example of this is his short video narrative, You Don’t Have to Go Down in My Basement, describing God’s skewed vision of salvation. This newest book does not disappoint as comparisons of God’s odious behavior to real-world situations are sprinkled throughout.

In Chapter 4, Unforgiving, God becomes like a father catching his son opening his Christmas presents early, informing his child that he will not forgive him until he smells the smoke of his son’s burning pet.

In Chapter 17, Sadomasochistic, God is like a firefighter who starts a blaze just to get the credit for putting it out.

In Chapter 8, Ethnic Cleanser, God is driving out the inhabitants of several lands, often making the native peoples into slaves whom God condones beating. Barker compares that to the forced migrations of his own Native American tribe, Lenni Lenape.

But the most cogent examples were when God was compared to an abusive husband. In Chapter 15, Pestilential, Barker sums up God’s message of dealing with his bride in 2 Chronicles precisely as,

“Don’t make me hurt you more than I have to. I am pestilential because I love you!”

In Chapter 23, Curse Hurling, God is like a groom at the altar saying,

“I do. And if she cheats on me I will beat her bloody. If she even glances sideways at another man, I will starve her and make her eat our children and pull out her hair and spread dog poop on her face and burn her possessions.”

All of which are actual threats made by God in his covenant with his people.

On my bookshelf, I would place God: The Most Unpleasant Character In All Fiction between a tome on the Holocaust and my psych textbook on abusive and narcissistic personalities. Upon finishing it, I felt the overwhelming urge to take a long, hot shower. I also wish that after reading page after page of God ordering the killing or even the eating of children, I did not have the hymn “We’re All Children of the Lord” stuck in my head. 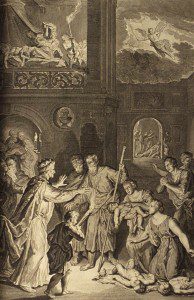 This book will not only appeal to those with a biblical background, but to those who want quick, accessible references, complete with pastoral notes on context, to each of the darker traits of God. To anyone who has ever needed validation for feeling a little dead inside when a Facebook friend posts “God is good!” – and the first several comments are “All the time!” and “Amen!” – this book is for you.

Bio: Alexis Wesley is a feminist, humanist, special needs adoptive mom and former Bible student and teacher. She devoted the first 30 years of her life to living and teaching the Bible both in the US and abroad. Nowadays she is volunteering at Sunday Assembly San Diego, pouring her heart out on The Clergy Project forums, advocating against Accelerated Christian Education, spreading awareness for her children’s condition of arthrogryposis and contributing to The Radical Notion where she is a senior writer.

By Brent Nicastro – http://www.ffrf.org/uploads/images/Barker_Nakoma_cropped.jpg, CC BY 1.0, $3 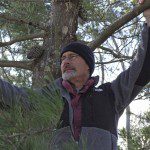 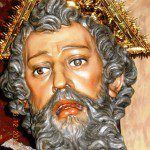