How Many Pastors Have Been Forced to Marry Same-Sex Couples?

How Many Pastors Have Been Forced to Marry Same-Sex Couples? June 30, 2016 Linda LaScola

Editor’s Note: Here is a well-documented, scathing and even humorous look at certain Christians’ attempts to demonize the liberal turn that US laws have taken. Reprinted with permission from the blog “The Life and Times of Bruce Gerencser.”

A year ago, the U.S. Supreme Court legalized same-sex marriage, invalidating federal and state laws that defined marriage solely as the union of a man and a woman. Evangelical, Catholic, and Mormon culture warriors warned that the Supreme Court’s ruling would pave the way for forcing pastors, priests and elders to marry same-sex couples. 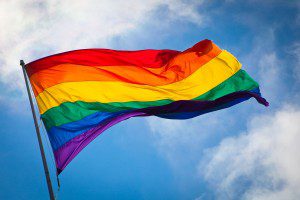 Warning that pastors would soon be jailed for refusing to perform such marriages, these defenders of heterosexual marriage began working at the state level to pass laws that would exempt pastors, priests, and elders from marrying gay couples. These hysterical laws were/are little more than lame attempts by conservative (Republican) legislators to show Evangelical voters that they are still battling the secularists and atheists who want to outlaw Christianity.

“[refusing to perform same-sex marriages] may mean we experience jail time, loss of tax-exempt status, but as the scripture says, we ought to obey God rather than man, and that’s our choice.”

“…[the clergy must] resist all government efforts to require them to accept gay marriage, and they will accept any fine and jail time to protect their religious freedom and the freedom of others.”

Ominous, indeed. Surely, a year later scores of pastors have been arrested and jailed for refusing to perform same-sex marriages, right?

On June 23rd, Americans United For Separation of Church and State — a group I proudly support — posted a list of those pastors arrested and jailed for refusing to marry same-sex couples. Are you ready to see the list? Here it is:

That’s right, not one pastor has been arrested or jailed for refusing to marry a same-sex couple. Why? Because it has NEVER been against the law to do so. Pastors, priests, and elders have always been free to refuse to perform the marriage ceremonies of couples who do not meet their personal or ecclesiastical marriage standards. Sects, churches, and pastors are free to marry whomever they wish. As long as the U.S. Constitution remains in its current form, conservative Christian churches will have the legal right to not only refuse to marry same-sex couples, but also to bar gays from being members of their congregations. Evangelicals, Catholics, and Mormons — along with every other religious sect — are free to discriminate at will.

“I’ve seen his generosity to strangers, to his employees, his warm relationship with his children. I’m convinced he’s a Christian. I believe he has faith in Jesus Christ. I’ve had conversations with him just within the past few weeks about his faith, and I have no doubts he is a man of faith and he’s a Christian.”

Evangelicals are busy now with plans to put “Christian” Trump in the Oval Office. Once their candidate is thoroughly trounced by Hillary Clinton, these liars for Jesus will return to the culture battlefield, once again trying to capitalize on the fears of their constituents. War on Christmas! Transgender Bathroom Use! Homosexuals Preying on Children! Prayer in the Public Schools! Creationism! President Clinton Taking Away Religious Freedom!

As in past years, pastors and church leaders will indeed be arrested, but not for marrying same-sex couples. These men of God will make the front pages of their local newspapers, arrested for crimes such as child abuse, sexual abuse, rape, sexual misconduct, and sundry other crimes. These issues will be shoved under the rug, replaced by fake outrages and boycotts. These liars for Jesus will continue to reveal that at the heart of conservative Christianity lay hatred, bigotry, homophobia, and racism.

**Editor’s Question** To readers who were once fundamentalists – How do you see this playing out as the US becomes less religious and more accepting of “alternative life styles?”

Bio: Bruce Gerencser lives in rural NW Ohio with his wife of 37 years. He and his wife have six grown children and 10 grandchildren. Bruce pastored Evangelical churches for 25 years in Ohio, Texas, and Michigan. He left the ministry in 2005, and in 2008 he left Christianity. Bruce is now a humanist and an atheist. He is also one of the original members of The Clergy Project, which began in 2011. 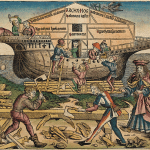 June 27, 2016
Believe It Or Not – Noah’s Ark Not Suitable for Children
Next Post 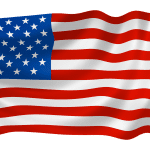 July 4, 2016 Celebrating Independence – Religious Leaders Freed From Belief
Recent Comments
13 Comments | Leave a Comment
Browse Our Archives
get the latest from
Rational Doubt
Sign up for our newsletter
POPULAR AT PATHEOS Nonreligious
1