Believe It Or Not – Noah’s Ark Not Suitable for Children

Believe It Or Not – Noah’s Ark Not Suitable for Children June 27, 2016 Linda LaScola

Editor’s Note: Welcome to a new “Believe It Or Not” series, written by Clergy Project member Bob Ripley. (Get it?) It is occasional commentary on the strange notions of religion and religious culture as viewed by a pastor turned atheist.  This is a piece on Ken Ham’s Ark Encounter, which is opening soon in Williamstown, Kentucky, not far from The Creation Museum.

No new fragments of wood from an ancient ark have been spotted on Mount Ararat.  But if you’re traveling on U.S. I-75 between Cincinnati, Ohio and Lexington, Kentucky you might spot a full-scale replica of the big boat itself. 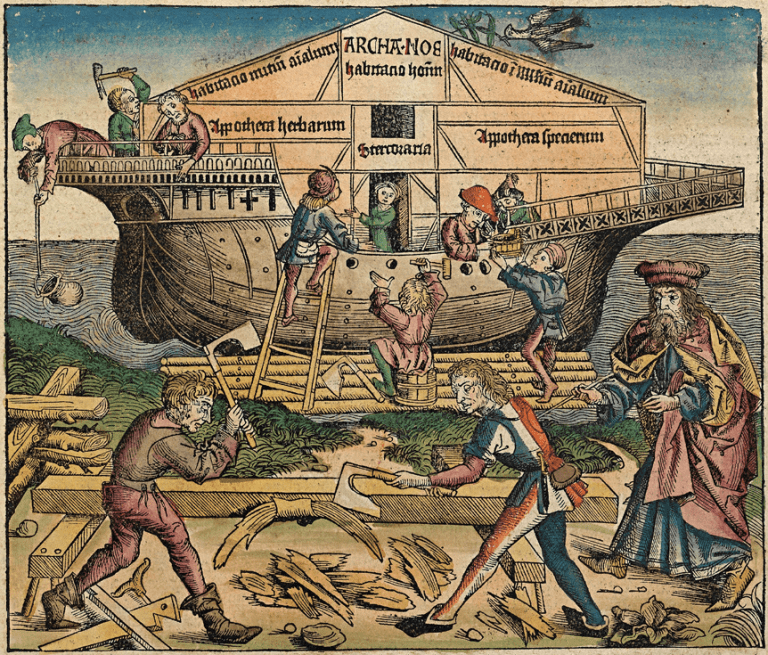 The Ark Encounter not only includes the 510-feet long, 85-feet wide and 51-feet high ark replica, but a theme park replete with zoo and museum. The $92 million project is scheduled to open on July 7.  It’s the work of creationist Ken Ham. Ham says the attraction and park are meant to serve as a Creationism educational tool.  Questions on the Ark Encounter site ask,

As the site explains,

“We built the full-size Noah’s Ark to answer these questions—and more!”

The Ark Encounter was denied tax breaks in 2014, but the ministry behind the attraction filed a lawsuit stating that the ruling infringed on their constitutional rights. Ark Encounter has since been granted up to $18 million in tax incentives from the state of Kentucky due to it having a “religious purpose and message.”

Ham and Ark Encounter are also making waves because of the Statement of Faith all employees are required to sign prior to starting work. The contract requires employees to disavow homosexuality and pre-marital relations as well as agree that they believe in all aspects of Creationism.

Ark Encounter is floated on the notion that the story of Noah is literally true.  After all, Jesus seemed to think that the great flood was fact and used it as a template to warn the world that bad behavior would herald his return.

I hesitate to say that Jesus was misinformed or believed something that never happened but where do you begin with the story of a flood of such biblical proportions?

How about the tale’s internal inconsistencies?  Was Noah supposed to take one pair of every animal (Genesis 6:19) or seven pairs of clean animals (Genesis 7:2)?  Did it rain for forty days and forty nights (Genesis 7:12) or 150 days (Genesis 7:24)?   Small potatoes maybe.  Details.

How about other flood stories?

There’s an older version in the Epic of Gilgamesh of Utnapishtim, a righteous man who was spared from a worldwide flood by building a large boat. This ark contained a few other humans plus plant and animal specimens.  Rains covered the mountains with water. Birds were sent to find land. The boat landed on a mountain in the Middle East.  Utnapishtim sacrificed an animal as an offering, and the Babylonian gods expressed regret for flooding the earth. Sound familiar?

Or how about the technical absurdities? Noah had to build a big boat to float in a big flood.  Easy. But it had to contain enough animals to give rise to the millions of species that inhabit the world now. That’s a lot of life forms.   For starters, there are 600 species of venomous snakes, 2,000 species of bees, 10,000 species of bird and 350,000 species of beetles.  Answersingenesis.org suggests that Noah gathered “kinds” of animals and not all “species,” an estimated 16,000 pairs.  How did eight senior citizens load, manage and care for 32,000 animals?  What about their diet, their excrement and the predatory nature of some of them?  When the animals marched out two by two, did the penguins head from the Middle East straight to Antarctica; the polar bears to the Arctic and the marsupials to Australia?

Okay, so if the story of Noah’s Ark is more mythical than factual, is it metaphor?  Metaphor for what?   Be good or be drowned?

Most parents are glad to read the story of the Ark to their kids at bedtime or teach them a happy-clappy Noah song at summer Bible camp. You know, the cheery version where God chooses Noah’s family to go for a boat ride and wait out a bad storm and save all of the helpless animals?

The whole story, however, is gut-wrenchingly awful.  For the sin of “moral corruption” on the part of some people, God threw an epic temper tantrum and decided to kill everyone and everything except the lucky life forms on the ark, all the mommies and daddies and cute animals and pretty birds, with a slow, terrifying death by drowning.

As the story ends, God promises that he won’t freak out like that ever again and tied a rainbow around his little finger to jog his memory.

As for Noah, he planted a vineyard and imbibed the fruit of his vines.   Given all that he had been through with an ark of thousands of animals and the ghastly human flotsam he’d seen drifting by, you could hardly blame him.

**Editor’s Questions**  Have you ever had to explain Noah’s Ark to children or adults?  If so, how did you do it?  How did it go over?

Bio:  Bob Ripley, aka “Dave the Atheist ex-pastor” is a retired United Church of Canada pastor. He has been a syndicated religion columnist, broadcaster, preacher and author of Christian devotional material. He is also author of Life Beyond Belief: A Preacher’s Deconversion, which was released in October 2014.

June 23, 2016
How to Quell Doubts While Harboring Your Own?
Next Post 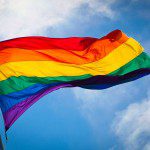