“A Pastor’s Secret” Soon to Be Revealed!

Editor’s Note: I remember how excited and nervous Dan Dennett and I were back in 2010 when ABC World News Tonight approached us about doing a TV segment on the “Preachers who are not Believers”article we’d just written. I remember how careful we were when negotiating with ABC to make sure our pastors would be completely protected from being identified or from being ridiculed. I remember how happy and relieved we were when the piece was aired and we saw what an accurate and sensitive job the network had done. Most of all, I remember how I laughed when I saw and heard the thoroughly disguised “Adam” and “Jack.” They were so different on TV that there was no way anyone would recognize them. What a hoot Adam was in his driving cap! He never wore anything like that during our interviews. Now the cap is long-gone and he will soon be discarding the rest of his disguise for the last time.

Six years ago I nervously drove from my home to Asheville, North Carolina to a remote retreat center to be secretly interviewed by Dan Harris of ABC news. The contract I signed weeks earlier assured me that every precaution would be taken to hide my identity by silhouetting my face and even altering my voice, but who would not be nervous about going on national news with information that could potentially destroy one’s career and reputation? I was willing to take the risk because the message I wanted to share was very important to me, life changing in fact, and important for the public to hear. What was the secret that made me newsworthy? I was a pastor of a conservative evangelical fundamentalist church smack dab in the middle of the Bible belt who no longer believed in God.

By this time, approximately 18 months after admitting to myself that I no longer believed, I had somehow learned to manage the cognitive dissonance and gut wrenching anxiety that came daily from pretending to believe in God on the job while personally acknowledging my hidden unbelief. To keep my job and support my family while I strategized how to change careers, I had become rather proficient at playing the charade. So why was I worried? After all, I had been secretly and confidentially interviewed in person for the Dennett-LaScola Study on non-believing pastors. But admittedly this would be different because once filmed, ABC could angle the story as they wished, or even worse, accidentally reveal my identity.

My mind was spinning with scenarios.

I was so worried about being found out that I left about an hour early that day so I could buy a shirt and a hat just for the interview that was not something I would normally wear. 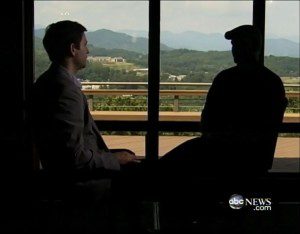 I felt that I had to take every precaution. In fact after the interview, I threw away my brand-new and perfectly good shirt and hat.

I am happy to report the interview went well, Dan Harris and the producer Wonbo Woo were so nice and understanding. The final product was something to be proud of. You can watch it here.

Fast-forward six years to October 7, 2016 and you will find me once again nervously driving, not to North Carolina, but to Pittsburgh, Pennsylvania for the FFRF (Freedom From Religion Foundation) Annual Conference.

No more secret emails, no more anonymous phone calls, no more masked interviews, no more charades, and no more hiding who I really am.

I will be taking the stage for the last time as “Adam” and purposefully and publically revealing my identity. Am I nervous? You bet. But once again I take the risk because the message is important. In fact, it’s life changing. And not just for me. I’m hoping that other pastors in the same spot I was once in can use my example to find the hope, strength, creativity and courage to successfully leave religion and find their freedom. 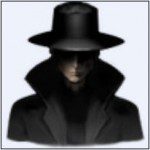 Bio:  “Adam Mann” is the pseudonym of a former Church of Christ pastor from the South.  While still in ministry, he was interviewed “undercover” by ABC World News Tonight and the Canadian Broadcasting Company.   He is a founder of The Clergy Project, it’s first member, and one of the first moderators of its private forum. He provided technical support for the forum for over two years. This is the last blog post he will write using a pseudonym.

“The Pastor’s Secret” video, 2010, given to “Adam Mann” by ABC World News Tonight 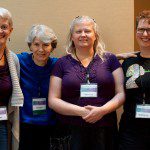 September 26, 2016
Women in Secularism Conference – With Voices from Women Clergy
Next Post 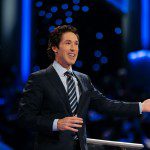 October 3, 2016 The Gospel Goes Downhill
Recent Comments
23 Comments | Leave a Comment
Browse Our Archives
get the latest updates from
Rational Doubt
and the Patheos
Nonreligious
Channel
POPULAR AT PATHEOS Nonreligious
1