Teresa MacBain, an active Methodist minister who publicly announced her atheism with a bang at the 2012 American Atheist Convention, has returned to Christianity with a whimper. As per her new website, which describes her as having “rediscovered God”, she is now a speaker who addresses religion from her own experience:

“As someone who has lived as a believer and an atheist, Teresa MacBain is able to speak about both doubt and faith.”

She did not make a public announcement of her change in beliefs or her new consulting practice and did not inform Clergy Project leadership in advance of her change in status. They learned of it via an email from a curious non-member who had come across her new website. There is also an update on her Wikipedia page, made on September 27th.

“MacBain is no longer involved with the freethought movement, and has returned to her faith.[17]”

As of three days ago, Teresa was still a member of TCP.  According to the TCP statement which I learned about yesterday and which appeared on the public website last night:

“The Clergy Project discovered yesterday [October 15, 2016] that she has now returned to the Christian faith and is again active in Christian church ministry. Upon reaching out to her and participating in a friendly yet detailed conversation, Teresa made it clear that she has, in fact, returned to belief in the existence of the supernatural. Subsequently resigning her Clergy Project membership, Teresa’s access into our private online community has been deactivated.”

Changing one’s religious beliefs is a phenomenon I understand well. I know how financially difficult and emotional wrenching it is for clergy to leave behind their long-held religious beliefs, their lifelong community and their source of family income once they realize that their once precious religious beliefs have changed. I have difficulty understanding why people changing in the other direction would not take the simple step of informing their non-believing colleagues and leaving their private on-line organization.

TCP members and supporters will be relieved to learn that Teresa has not been active on the private forum for some time. Again, quoting from the TCP announcement:

“Due to security of information concerns, it may also be worth noting that Teresa had not logged into the online forum since January of this year.”

Finally, I want to say that I’m quite pleased to be a founder of a group that can so graciously and accurately describe what is certainly an unsettling turn of events:

“Life is a long and winding journey, and our personal experiences and perceptions of the world around us are ever-evolving. Just as we are free to leave supernaturalism for atheism, so we are free to shift our embrace the other way as well.”

**Editor’s Question** What is your reaction to this news?

UPDATE: The Friendly Atheist Blog has also reported on this, referencing this post and the Clergy Project announcement. 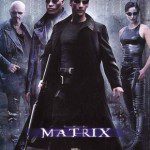 October 20, 2016 The Matrix Reclaims a Freethinker. Wait, That Happens?
Recent Comments
103 Comments | Leave a Comment
Browse Our Archives
get the latest from
Rational Doubt
Sign up for our newsletter
POPULAR AT PATHEOS Nonreligious
1