Editor’s Note: Now for a little break from spirituality, we’ll head into the all too real world of the havoc Donald Trump’s policies and threats are wreaking on the US and the world. The writer is a member of The Clergy Project and a naturalized American.  A similar version of this post appeared recently on his blog. As you will see, he is very passionate about this subject.

“Guadalupe Olivas Valencia, 45, jumped from a bridge at the border after he was deported for the third time. He was found unconscious next to a plastic bag with his belongings and he died in hospital a short while later. His death came as the Trump administration issued new guidelines to widen the net for deporting illegal immigrants from the US…. Local media said a plastic bag like those US customs officers put migrants’ belongings in was next to the man.”

This is part of an article published on Wednesday, February 22nd on BBC News.

Arguments on both sides have surfaced. One side acts with shock and awe toward the extreme heartbreak taking place around our nation because of current deportation enforcement actions. The other says the man knew what he was getting himself into when he broke our laws and was a coward for escaping a tough situation. 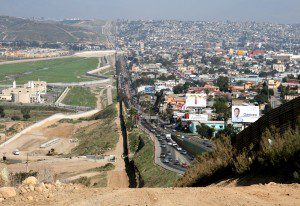 I am an immigrant who, like millions others, was first brought illegally into this country as a kid. In time, I became a legal permanent resident and then a proud citizen of this great nation. I am also someone who found himself at the edge of a cliff haunted by depression (both of these are covered in my book). I don’t presume my views to be centered or balanced, but I think I have a unique perspective many might strongly agree or disagree with, but find worth reading about nonetheless.

I have always been controversial within the Hispanic community because I have never been one for “open borders.” I don’t think it is a radical idea to have a fence around our house. I don’t think it’s too much to expect someone to knock on the front door and ask to come in instead of slipping in through the basement, no matter how much extra room we have or how much the visitor is willing to help with expenses. Trump is an asshole, but I do agree that we’re either a country of laws or we’re not.

Buuuuuuut, not addressing the whole immigration issue is incomplete on the facts, ignorant of the full picture and heartless in execution.

A man took his own life because he was deported under Trump’s new edict. I’m not sure I’m ready to call out blood on people’s hands (though I’m certainly getting closer), but I do think there is heartbreak and torture in treating this issue so coldly. I think the response should be something like this:

“Yeah, laws were broken and while we were figuring out how to handle it, we let millions of people make a life here for decades and raise American citizens who are contributing to our society. Because that happened on our watch, we should find a solution that allows for own deficiency in not executing the laws and that shows compassion to the people affected by the laws.”

Here is a drastic example to illustrate the point: A lady steals some vegetables from the store and plants the seeds in a garden. After 30 years, the garden is huge and is feeding the lady, her four kids, their spouses and eight grandkids. All of these lives are now dependent on this garden. 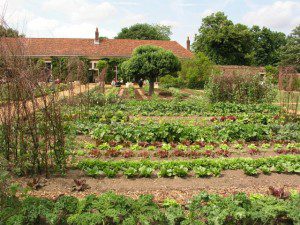 And after all this time, the government decides to do something about it. They show up in the middle of the night and rip every single plant out of that garden. Tomatoes, avocados, lettuce, watermelon, onions, peppers, apples and oranges are now uprooted, stepped on, and burnt into ashes while the family watches, holding each other in terror. Yeah, the lady wasn’t supposed to take that bag of vegetables from the store 30 years ago, but that bag of veggies has grown into much, much more now. The whole family is now ripped away from what has been keeping them alive. Their whole lives will be uprooted because of this catastrophe. Their punishment nowhere near fits the crime that was committed 30 years ago.

Getting back to man who killed himself — suggesting that he broke the law knowing the possible consequences comes across as so — gosh, it’s hard to put it into words!

This man drove himself into despair and took his own life because he broke the law by coming to the US. He built a life here that kept him and his loved ones alive for decades. He made flesh and blood connections with countless others in our country who are going through the same traumatic uprooting. Millions of people all across this nation are about to start puking blood—shitless scared because they know that which is keeping them and their loved ones alive is about to be uprooted, destroyed and burnt into ashes. They are wondering who is going to kill themselves next.

It’s not just single acts that are being punished. Lives with countless connections built through decades are being destroyed. It hurts deep. Laws are important, sure. But don’t forget to act human. 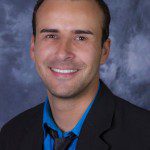 Bio: Fernando Alcántar is a former leader of the Foursquare (evangelical, Pentecostal) denomination in Mexico and senior coordinator of North American Partnerships at Azusa Pacific University, where he oversaw hundreds of churches in Mexico and helped to mobilize thousands of missionaries a year from all over the United States and Canada. He is now a gay atheist activist, spreading a message of tolerance, introspection and understanding. He lives in Stroudsburg, Pennsylvania. He is a member of The Clergy Project and author of To the Cross and Back: An Immigrant’s Journey from Faith to Reason, with a foreword by Dan Barker.

March 2, 2017
Freethinker’s Trek Through Spirituality, Mysticism and Nature
Next Post 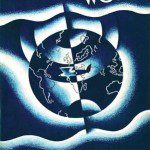 March 9, 2017 Donald Trump’s Brave New World
Recent Comments
6 Comments | Leave a Comment
"I have always thought it should be “...foolishness to those who are NOT perishing...” Why ..."
Ralph-Uwe Scherer The New Testament’s Biggest Cover-up: Jesus ..."
"It's odd that you say Vujicic has had much suffering when you apparently don't know ..."
Dorothy G. Ferguson Is Suffering a Problem for Those ..."
"But Anne, can't we create a meaningful and comforting narrative based on truth rather than ..."
Gary Whittenberger Is Suffering a Problem for Those ..."
"True, but there exists no God to have that plan anyway."
Gary Whittenberger Is Suffering a Problem for Those ..."
Browse Our Archives
get the latest updates from
Rational Doubt
and the Patheos
Nonreligious
Channel
POPULAR AT PATHEOS Nonreligious
1