Editor’s Note: A former Self-Realization Fellowship monk and current Clergy Project member informs us, with careful scholarly backing, about the similarities between atheism and mysticism. I don’t think most mystics would approve.

Self-deception is not difficult. Most of our brain’s processing goes on unconsciously, without our awareness. Our brain needs tricks or shortcuts so that we can function in our daily lives. But we must understand we can never trust these tricks of our brain completely, especially when we are trying to decide truth from fiction. We are highly susceptible to errors in our thinking and perceiving.

There are two common and natural errors in our thinking that everyone should be aware of:

Seeking Meaning In Toast and Buns

You know what pareidolia is when the image of Mother Teresa shows up in a cinnamon bun, or when the Virgin Mary can be seen on a piece of toast, or, my favorite, when Jesus decides to appear on Fido’s buns. Pareidolia is the tendency to recognize patterns, shapes, or familiar objects in vague and random experiences. Our brains try to “make sense” of meaningless information. There are many cases of people seeing visions, ghosts, and other likenesses in what are actually only random patterns that just happen to look like those things.

Anthropomorphism, attributing human characteristics to nonhuman things and events, is at the core of religious experience. If we subtract all the qualities from our notion of god or deities, there’s nothing left to these notions, according to Stewart E. Guthrie, Ph.D. from Yale University, Professor Emeritus of Anthropology at Fordham University. People find a wide range of humanlike beings plausible, such as gods, spirits, Bigfoot, HAL the computer, and Chiquita Banana. We find messages in random events such as earthquakes, weather, and traffic accidents. We say a fire “rages,” a storm “wreaks vengeance,” and waters “lie still.”

Guthrie says that our tendency to find human characteristics in the nonhuman world is rooted in a deep-seated perceptual strategy: in the face of pervasive (if mostly unconscious) uncertainty about what we see, we bet on the most meaningful interpretation we can. If we are in the woods and see a dark shape that might be a bear or a boulder, for example, it is safer policy to think it is a bear. If we are mistaken, we lose little, and if we are right, we gain much. But, survival or fight and flight methods aside, what would happen if we stopped giving humanlike qualities (anthropomorphism) to nature and the universe? Isn’t belief in cosmic intelligence, itself, just a projection of a humanlike quality? Can you name a divine or godlike quality or attribute that is not also humanlike (anthropomorphic)? We have made gods in our own image, rather than the other way around.

Silence Is Not A Religion

If a God is inconceivable, that is, if He is beyond all time, space, and matter, then nothing justifies conceiving of Him as a Person, Creator, Protector, Benefactor, and the embodiment of Justice or Love. This is where mysticism merges with atheism says Comte-Sponville, one of France’s preeminent contemporary philosophers. If nothing can be said of a humanlike God, then neither can it be said that he exists or that he is God. All the names of God are either human or anthropomorphic. But, an unspeakable, indescribable God without a name would no longer be a God. Ineffability is not an argument. Silence is not a religion, claims Comte-Sponville.

Though we hear, all too often, that an Infinite God is beyond our finite human intelligence, believers and atheists must use the same concept of God. God is a humanlike Subject or Spirit, and he made us in his image. But atheists deny that ultimate reality is not subject or spirit, but rather reality is matter, energy, and nature without humanlike attributes. Non-believers say gods are made in our image. Religion and irreligion both operate from the same concepts, both are without proof (Comte-Sponville), but the irreligious aren’t fashioning gods from meaningless patterns in a random universe.

“The concept of God, Supernatural Power, Spirit, Deity, or in whatever other term the essences of Theism may have found expression, has become more indefinite and obscure in the course of time and progress. In other words, the God idea is growing more impersonal and nebulous in proportion as the human mind is learning to understand the natural phenomena and in the degree that science progressively correlates human and social events.” (Goldman)

We give form to the formless, name to the nameless, and make gods in our own image. We can find human agency- spirits, souls, ghosts, demons, demi-gods, energies, life forces- in nature, our bodies, the wind, the weather, virtually everywhere and anywhere we let our human imagination run rampant and unchecked.

The ninth-century Buddhist master Lin Chi is supposed to have said,

“If you meet the Buddha on the road, kill him.” (Harris).

A great master, Sri Ramakrishna Paramahansa, who saw God constantly as Mother Kali, conversing often with Her, later said: “I had to destroy that finite form of my Mother with the sword of wisdom, to behold Her as the formless Infinite.” (Yogananda)

Even the spiritual masters realized there is no humanlike god and their ultimate enlightenment was to destroy the god concept in them. Eventually, these mystic sages came to worship only formless, nebulous phenomena that are neither called god nor religious.

If you meet Mother Kali or Buddha on the road, kill her. Kill him. It’s inevitable that the progress of science, rationality, and critical-thinking will kill gods off anyway. 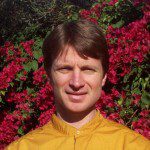 Bio: “Scott” was a monk at the Self-Realization Fellowship (SRF) ashram for 14 years before leaving to complete his education and enter the business world. Raised Roman Catholic, he got into eastern religious practices and was influenced in his 20’s by reading The Autobiography of a Yogi by SRF founder Paramahansa Yogananda. He is now a member of The Clergy Project and a successful business consultant. He discusses the hidden, and sometimes-dangerous side of meditation practices, systems and groups at SkepticMeditations.com. This post is republished from his blog with permission and with light editing.

August 7, 2017 If You Don’t Believe in Jesus Anymore, Who Called You Into the Ministry?
Recent Comments
88 Comments | Leave a Comment
Browse Our Archives
get the latest updates from
Rational Doubt
and the Patheos
Nonreligious
Channel
POPULAR AT PATHEOS Nonreligious
1