Editor’s Note: Welcome to Chapter Two of the story about the evangelical ministerial staff who left both their church and their religion.  /Linda LaScola, Editor

Nothing was off the table. We could talk about anything and question everything. This was the beginning to an outcome none of us could have predicted.

The small group that met on my backyard patio consisted of staff, church members, neighbors, friends of my teenage kids and sometimes even area pastors. My patio served as a safe place to converse, laugh, cry as needed and just be. However, through the years, it was my core staff of four to six who came regularly. We were very close, having served the same church for almost 18 years.

Together, we started an evangelical church with nine adults in the early 2000’s. At its zenith, it grew to 350.  This was a monumental feat in a community that was predominately Catholic. Actually, 80% of our members were former Catholics seeking refuge from years of abuse, shame and fear. The rest were a mix of AA members and fundamentalists who loved the accepting atmosphere and crazy good music. I had the most in common with this last group. 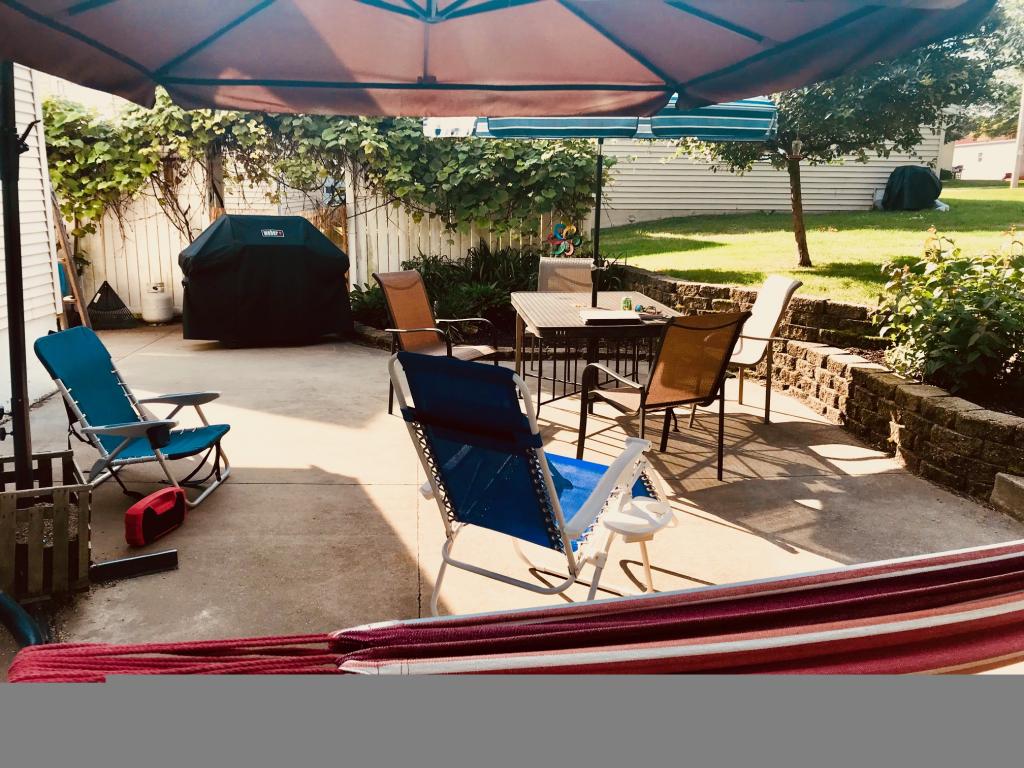 Our patio gatherings happened organically. There was no set time. Sometimes my wife and I would come home and find people hanging out waiting for us to show up! Since my patio was the venue, I’ll take credit for what affectionately became known as “Patio Church” — the catalyst that led to an inevitable exodus for me and my staff. Later, we experienced individual awakenings, realizing on various levels that we had left the irrational, shame/guilt religious culture we had grown up in.

When it was just church staff, our conversations frequently began with “shop talk” related to the various ministries we individually led. Our church was thriving, and the challenges were numerous. My patio was a safe place to air frustrations, to sigh, laugh and spin off into creative brainstorming. We would often run the gamut, discussing pop culture, music, physics, art, books, philosophy, the latest news and old memories.

As the sun set on the patio, our conversations often turned to the subject of being, and what we were encouraging people to become, now and eternally. As the flames turned into glowing coals in my fire pit, our conversation would become introspective with questions such as:

Why are we who we are right now? Are we always going to be this way? Can we be something else? Do we have a choice? How do we transcend the narrow-minded expectations that have been placed upon us?

We often referred to this claustrophobic why/how space as “The Damn Dark Room.”  We were desperate not only to find the answers for ourselves, but for those we served.

Over the course of three short years, we began to realize how our evangelical faith and messaging largely inhibited reason, problem solving and maturity.

Could it be that the faith culture we had devoted our lives to was antithetic, serving as both hero and archenemy?

This was the chief quandary that occupied our staff patio conversations.

On a side note, it’s amazing that my staff served with me for almost two decades. Most churches experience a tremendous amount of staff turnover. Somehow, we did not.

Patio Church originated from a shared ache to be truly free. I can honestly say that our highest pursuit was to discover a pathway of genuine transformation – for those we served and for ourselves. I know this sounds super altruistic, but it’s true. It was never in our minds to leave our church or our religion. In the early times of searching, we explored the limits of a more generous orthodoxy via Brian McLaren, Richard Rohr, Marcus Borg, Robert Capon, etc. Their insightful writings pacified us for a season, but proved to have a short shelf life.

My staff and I hosted seminars, retreats and taught small groups featuring meditative “stillness” prayer and how to “forgive God” and ourselves. We revamped Children’s Ministry lessons so the focus would less on Bible stories and more on honesty and coping skills. There were minor pushbacks to this, but never anything that detoured our progress. My sermon series were a rebranding of the 12-Steps with titles such as, Breathing Under Water, Naked & Afraid, Being Human, etc.

It all went super well until Trump happened! 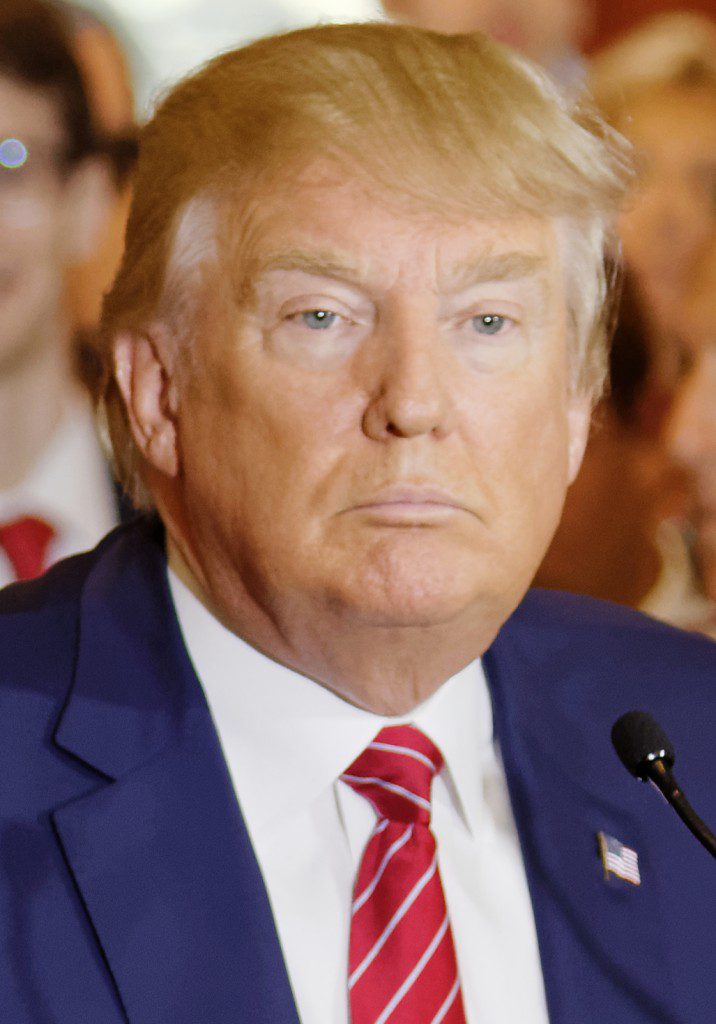 After two years of reconstruction within the church, the sad outcome became painfully obvious. The rise of Trump had energized the fundamentalist minority within the congregation. They started carrying concealed side arms to Sunday services and dominating small-group meetings with right-wing talking points. They were also obsessed with end-of-the-world predictions. The amount of damage control required to deal with them eventually eclipsed our normal ministerial duties.

Frankly, my staff and I were worn out. After 18 years of being in building/rebuilding mode, we didn’t have much gas left to launch the church beyond the TRUMP-HUMP.

After a private Patio Church heart-to-heart, we agreed on an exit plan – from our church – not from Christianity. At this point, my staff and I still had no idea that we’d end up as Universalists, “nones” and humanists! It wasn’t until we were completely out of ministry, that staff and their spouses realized how “OUT” we had become.

Eventually, we devised a simple plan that would enable us to transition out of our ministerial roles while finding new jobs and helping the church to move on without us. It’s important to note that convincing members to follow us or stop believing was never part of that plan.Privately, we made a spreadsheet with drop-dead dates for positions that needed to be filled, our own at the top of that list. I hosted a series of all-church fireside chats, where I introduced only my departure and the need for a Transitional Leadership Team and volunteers. We scheduled these “chats” during the time that was always set aside for the annual volunteer drive — strategic to say the least. The public reason I gave for leaving was honest and to the point: after almost two decades of serving, I needed a break.

Initially, church members were shocked and saddened. Never in their wildest dreams had they imagined my departure. Nonetheless, in a few short weeks, they accepted it; especially since I assured them I would stay on for 90 days to assist with the transition. During that time, I helped maintain stability for my staff and the congregation.

My core staff members quietly recruited their replacements as we had previously planned. Everything proceeded like clockwork.  At the end of three months, we finished training the new church administration ahead of our private spreadsheet schedule. At last, we could turn in our keys and enjoy a lazy Sunday brunch together! It should also be noted that after leaving, my staff and I remained available to the church as unpaid consultants. The new leadership didn’t hesitate to seek us out during that time and we were happy to assist.

I’m a construction project manager working remotely with national/international brands. The very talented former worship leader does the same in a cubical across from me. The administrator works in the county clerk’s office and remains one of my dearest friends. The former head of A/V is a HVAC engineer – he always was, though—and yes, he’s a very close friend, too. Others cut hair, sell cars, work in the public-school system, etc.

If you’re wondering how we found jobs, there’s no great revelation to share. We sought help writing our resumes via Google, and then applied and interviewed. Ultimately, we found jobs through referrals from within the church.  This is a testament to our gracious exit and the authentic relationships we had established.  It also helped that some of us had worked part-time jobs in addition to our work at the church.  If you know a little about church planting, you know that side jobs are often a necessity.

Did it happen in the blink of an eye? No. Were there discouraging times? Yes. We didn’t always know what to do, but with each experience we learned how to approach our next opportunity.

As for Patio Church, it’s currently on hiatus. However, there are frequent Deconversion Parties. They are a blast! I will tell you more about these later, once I receive the “blessing” of my former staff.  Meanwhile, for anyone interested in hosting one, it’s simple:

“Wherever two or more are gathered in the name of honesty and free thought, lo, the festive spirit of new beginnings shall be in thy midst.”

**Editor’s Question** What are your thoughts on the clergy group de-conversion aspect of this story? (added, 7-2-18) 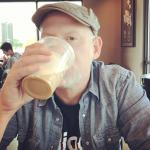 Bio: “Fresh LA” is a child of the 70s who grew up northeast of St. Louis, MO. His life journey involved a two-century old family farm, a mid-west Bible college, almost 30 years of church planting in the northeast and responsibilities as a professional evangelical adviser, nationally and abroad. These days, he’s content to work as a project manager by day, and at night, blog about his past and present experiences as a human, nothing more and nothing less. To learn more, visit http://www.freshLA.me. 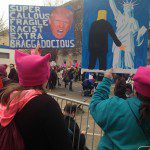 July 5, 2018 Scenes from the Resistance, Part Two
Recent Comments
51 Comments | Leave a Comment
Browse Our Archives
get the latest updates from
Rational Doubt
and the Patheos
Nonreligious
Channel
POPULAR AT PATHEOS Nonreligious
1