The Final Sermon I Should Have Preached

The Final Sermon I Should Have Preached November 1, 2018 Linda LaScola 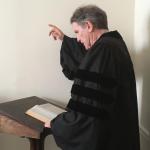 Editor’s Note: If this former preacher had actually given this as his final sermon, I bet a lot of the congregation would have walked out with him.  Alas, logic is not what brings people to church, so it’s also likely that some in the congregation would have immediately joined another church, with clergy who stuck to the feel-good aspects of faith. / Linda LaScola, Editor

The Vulnerabilities of Faith

In March 1996, a gunman killed 16 children and their teacher at a school in Scotland. Memorial flowers soon surrounded the building, and one bouquet was held by a Teddy Bear, 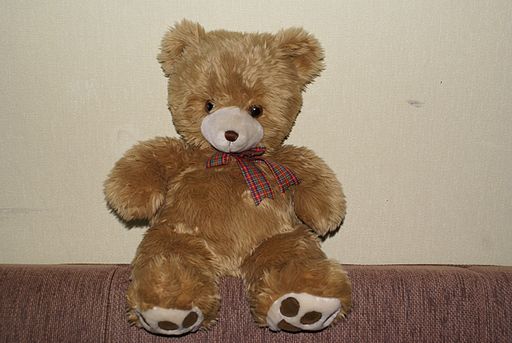 It was widely reported in the media. This comment about God reflects a struggle to explain—and still accept—the Christian claim that God cares about what happens to us, each one of us.

This tragedy, of course, represents just a tiny sliver of the colossal suffering that the Christian faith cannot explain—not at all, really. In Matthew 10:29-30, we read these words of Jesus:

“Are not two sparrows sold for a penny? Yet not one of them will fall to the ground unnoticed by your Father. And even the hairs of your head are all counted. So do not be afraid; you are of more value than many sparrows.”

Really? According to this theology, God is really paying attention, yet declines to prevent so much suffering. What good is it to us, after all, that he is all-powerful?

None of the traditional excuses—which we have all recited from time to time—works.

On careful examination, every one of these excuses collapses. Our faith in God is misplaced; it is vulnerable. It too collapses. No, God didn’t oversleep. He’s not there.

And, believe it or not, Jesus himself is one of the biggest problems for the faith. At the time of Jesus, the major business of the Jerusalem Temple was animal sacrifice. One way to atone for sin was to have an animal—a dove or a lamb—killed and cut up for the altar. When the Romans destroyed the Temple, Judaism moved on. It left bloody sacrifice behind.

But what, to our shame, do we find in the New Testament? Its authors celebrate a human sacrifice. They want us to believe that God required that own his son be brutally murdered—to be able to forgive us. That’s the atonement, echoed in famous verses that we’ve heard forever:

—A substitute for the sacrificial lambs in the Temple.

“Without the shedding of blood there is no forgiveness of sins.”

“The Son of Man came to give his life as a ransom for many.”

With this ghoulish concept at its center, our faith is vulnerable. If God is all-powerful and overflowing with compassion, why can’t he just forgive us? Why is this horrible gimmick, a human sacrifice, needed at all? Many devout non-Christian believers have asked how this can possibly be true.

There’s another big problem with Jesus. For whatever reason, the gospel writers left major negatives about Jesus in full view—and these are never mentioned in church. In Luke 14 Jesus says bluntly that, in order to be one of his disciples, you have to hate your family. In Matthew 10 we find similar words:

This is the Jesus that preachers don’t usually mention.

There is too much severity in Jesus, despite the feel-good verses we’ve been taught since Sunday school. He said that when the Son of Man comes—that’s a code term for himself—there would be more suffering than there was at the time of Noah, when the whole human race was drowned (except for one family, of course). And he believed in eternal punishment—as in fire, weeping and wailing and gnashing of teeth—Yes, he says all this. 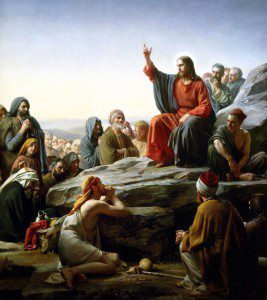 The Sermon on the Mount, despite its reputation, includes many substandard teachings. No, Jesus misses the mark as a great moral teacher. Our faith is vulnerable because Jesus doesn’t stand up well to close scrutiny.

Another problem with Jesus is that the real person behind the gospel accounts can’t be identified. Preachers never talk about this in church, although they may have learned about it in seminary—but choose to look the other way. Jesus Studies have been in turmoil for a long time because the gospel accounts were written much too long after the events. Scholars know that figuring out who Jesus really wasis impossible. They have come up with dozens of different “Jesus portraits.” We can see so clearly that the gospel authors wrote theology, not history. That’s why the Jesus of Mark’s gospel is so very different from Jesus of John’s gospel.

But every Christian alive has read enough of the New Testament (preferring the nicest verses), has seen enough religious art and listened to enough sermons under the glow of stained glass windows, to be able to come up the ideal “Jesus of the imagination.” But that doesn’t mean anything about who Jesus really was. Our faith is vulnerable because the real Jesus remains, in fact, a missing person.

The Christian faith is vulnerable when we ask hard questions, and refuse to accept shallow answers. Hence my decision to leave the Christian faith. But please be careful how you talk about this. No, I did not lose my faith. I analyzed it with great care and found that it doesn’t make sense, and so I shall walk away.

I’m not trying to talk you into walking away as well. I just wanted you to understand why I have made this decision. But I do urge you think more deeply about the specific issues I have raised. And honestly ask yourself,

“Have I really investigated what I believe? How do I deal with these vulnerabilities?”

Bio: David Madison,a Clergy Project member, was raised in a conservative Christian home in northern Indiana. He served as a pastor in the Methodist church during his work on two graduate degrees in theology. By the time he finished his PhD in Biblical Studies (Boston University) he had become an atheist, a story he shares in the Prologue of his book, published in 2016: 10 Tough Problems in Christian Thought and Belief: a Minister-Turned-Atheist Shows Why You Should Ditch the Faith.

October 29, 2018
The Baton and the Towel: Facing Finality Fearlessly
Next Post 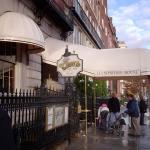 Nonreligious
How I Answered Science Questions When I was...
Rational Doubt
TRENDING AT PATHEOS Nonreligious