Go ahead, I dare you, theists! Give it a shot

In 2013, when the Boy Scouts lifted its ban on gay scouts, Executive Pastor Tim Hester, of the Louisville Southeast Christian mega-church, announced that the scouts were no longer welcome to meet at the church. The decision was based on a “lot of prayer.” That church boasts 30,000 members, so there must have been a lot a data streaming from the divine mind to human minds.
Is anybody suspicious?

But can’t we test this, scientifically…or at least semi-scientifically? That is, let’s approach the ‘power of prayer’ with genuine curiosity, and do our best to eliminate bias and fluke.

I’m totally serious about this, so please, let’s have no special pleading about “not testing God,” i.e., punting to Jesus’ words in Matthew 4:7,

“Do not put the Lord your God to the test.”

Jesus was having a chat with Satan, who had invited him to jump off the pinnacle of the Temple…to see if angels would catch him. I’m not challenging God to do anything.

What I’m proposing, dear theists, is testing your claims about how you detect God, how you know God. You’ve been making these claims for centuries, and my proposal would be your chance to prove that prayer does indeed put you in touch with the mind of God.

The confident believers must be held accountable for their extraordinary claims. 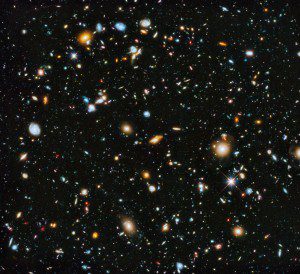 This experiment would require the participation of 1,000 of the most devout theists we can find. We need believers who are known to spend many hours in prayer—on a weekly or even daily basis. They are respected and revered by their colleagues for their piety and holiness. They are the Olympians of praying.

We can ask for nominations.

We would have to be as inclusive as possible in assembling the 1,000 participants. In the Protestant realm, which has splintered endlessly, this will be a challenge; but we want the full spectrum, especially the evangelicals. I was a bit shocked to discover that Catholicism is pretty fractured as well. We can’t forget the most devout folks we can round up in the Greek Orthodox communion.

Of course, this vast assembly of theists must include the major and minor factions of Judaism and Islam. We cannot exclude the Mormons, Christian Scientists, and Jehovah’s Witnesses. We can’t leave out the Amish or the Quakers.

We could very well end up with ten thousand participants in this Ultimate Prayer Challenge.
There are so many varieties of holy people; do they all have clear channels to God? While they’re in their intensive prayer modes, we want these folks to ask God about his will on a wide range of topics. Here is my initial list of issues that we need to know God’s feelings about.

Why not put Rev. Hester’s claim at the top of the list?

Give me a break. Every minute of every day, millions of believers beg and plead with God; they organize prayer marathons. They pray for wisdom and guidance. How could it be a violation of protocol to ask about very specific issues? God is supposed to be the ultimate arbiter of morality in the Cosmos—and what higher authority could there be on theological correctness? Who else to ask? Who else to answer?

If we could ever get theists to engage in this project, I’m sure that many more questions can be added to the list. There’s a lot that inquiring minds want to know. By the way, just to keep things honest, the 1,000 (or 10,000) cannot know who any of the others are. Comparing notes would not be allowed. The collecting of questionnaires and tabulation of results would have to be done by an independent secular research organization. 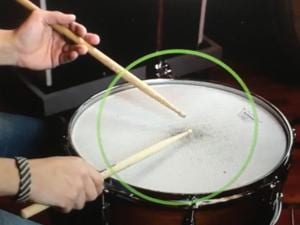 Now, drumroll: If God is real, if all these prayer Olympians have truly been channeling the divine mind, the results would be unanimous. How could it be otherwise? Hey, I think that would be pretty good evidence for God. Without unanimity, however—with answers reflecting the great diversity of human opinions—our suspicions would be justified. These super-devout believers have not been channeling God at all—or perhaps, as Dan Barker has suggested, God is hopelessly confused. They have spent hours and hours of prayer time talking to themselves; the brain’s capacity for imagination has been working at full throttle. The most generous explanation would be that cultural and religious biases have garbled and corrupted the signals coming from God—this, of course, would increase the workload for countless apologists who defend the countless brands of theism.

Alas, this project will never happen. Theists won’t go out on such a limb. They will mumble that “God cannot be tested”—and grumble that skeptics don’t trust them, but they know the risks as well as we do.

Saying Yes to this Put-Up-or-Shut-Up challenge would be, so to speak, a good faith gesture that theists are willing to cooperate—are not afraid to follow the curiosity. But this holds no appeal for theists. Why would it?

They occupy many thousands of fiefdoms—the brand names are endless—and have succeeded in hoodwinking enough people over the centuries to make it worthwhile…and to get away with it.

But Sam Harris’ indictment will stands as long as theists cannot back up their claims:

“Theology is now little more than a branch of human ignorance. Indeed it is ignorance with wings.”

There is no evidence that prayer has shattered that ignorance. God remains an unreachable figure dwelling in the human imagination. But theists DO have a way to show us otherwise.

David Madison,a Clergy Project member, was raised in a conservative Christian home in northern Indiana. He served as a pastor in the Methodist church during his work on two graduate degrees in theology. By the time he finished his PhD in Biblical Studies (Boston University) he had become an atheist, a story he shares in the Prologue of his book, published in 2016: 10 Tough Problems in Christian Thought and Belief: a Minister-Turned-Atheist Shows Why You Should Ditch the Faith.  The above post originally appeared on the Debunking Christianity blog. 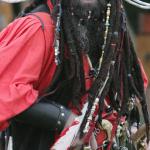