Why I’m Not an Angry Evangelical Atheist, Part II

Editor’s Note: I’m not at all surprised that Part I of this series riled up some strong atheist sentiment. I think many atheists are where a lot of religious people were a few years ago: eager to take on the wrong-believers.  Perhaps the religious apologists settled down because they’ve found that it’s an unfair battle: atheists have better ammunition. Could “freethinkers” have an even better way – ending the battle? Read on./ Linda LaScola, Editor

I receive regular emails from The White House. Today’s West Wing “Real News” (!) had this headline: “Walls Work,” followed by an apparent quote from The National Review:

“Of all the Democrats’ arguments against a southern border wall, the shadiest is that it would not work … Love them or hate them, [a wall’s] effectiveness is indisputable.”

We might actually dispute that, but they have a point. Walls can be very effective— they can really work. 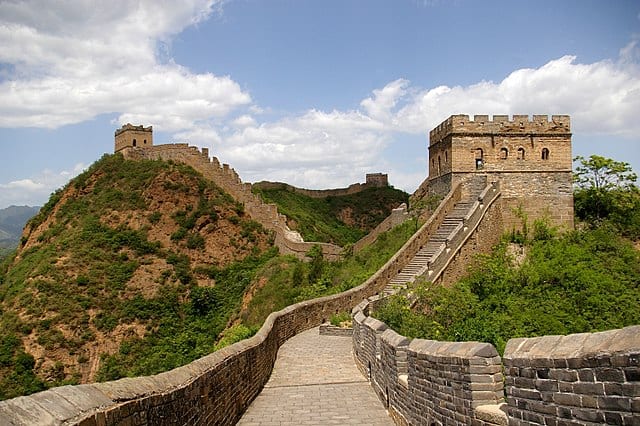 The question is what kind of “work” are they for and are they realistic or necessary? As East Germans once said after the Berlin Wall came down, there is still a “wall in the head.” There effectively remained a wall in people’s minds.

When I was involved with an evangelical movement as a youth, we desperately prayed for people to be saved and go to heaven. Sometimes we were so concerned for our friends, family and strangers to “have a relationship with the Lord” that we cried. It was quite emotional.

No doubt many atheists will scoff and sneer at this, but I think we were genuine in our anxious concern that everyone know “the love of God.” We weren’t angry with people; we weren’t really interested in arguing people to Jesus; we didn’t waste our time debating finer points of theology or the Bible (well, sometimes). We felt that we loved others so much we wanted them to “see the light”—to love the One we loved and who loved us. The most important way to do that was to “be the only Bible some may ever read.” In other words, to walk the talk, live the life of love, which was the best way to bring anyone to faith.

Could the atheist evangelist learn from that? Is the motivation to show care, concern, and compassion for others? Is there a personal, one-to-one, dimension to the “points” we have to make or is it an all-out war?

Let me be clear. I certainly see the need for rigorous dialogue and a firm call to Reason. I’m not interested in sugarcoating anything. I regularly challenge what I perceive as nonsense or religious privilege. My blogs, books and columns often have a cutting edge of critique and question. But what intrigues me is the potential for forming respectful relationships where people are actually communicating rather than “whittling their sticks” (into sharp spears) for battle.

If a person chooses to march onto battlefields as a Crusader for Christ or a Soldier for Secularism (even in the safety of an online forum), and that’s how they intend to spend their time, march on. But they shouldn’t expect to change many minds or be surprised when a phalanx of freethinkers doesn’t fall in line for the futile stick fight.

I don’t think I’ll ever think of myself or identify myself as an atheist, mostly for the reasons I’ve mentioned, but also because it’s a negative based on negatives with too many negative representatives. In my view, Freethought is a more positive, constructive, relational model that invites and includes non-believers as well as believers. Freethought welcomes agnostics like Robert Ingersoll (who counted believers among his friends), who can stand beside atheists like Ernestine Rose (an early defender of women’s rights) 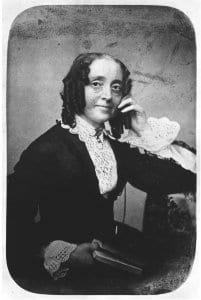 and progressive people of faith like Lucretia Mott (a radical Quaker preacher and heretic), Gandhi or MLK.

The more I interact with freethinking humanists, believers, agnostics and atheists the greater the opportunities I see for building connections rather than breaking them down. The dismantling of walls, physical or psychological, can take time, but I’d much rather be involved in that cooperative effort than defending tired, old moss-covered walls that needlessly divide.

The aforementioned pastor, who doesn’t experience me as an evangelical atheist, has gotten to know me through my clergy wife, my columns, A Freethinker’s Gospel and speaking twice in his church. He’s aware that a number of his parishioners aren’t very “orthodox” when it comes to creeds and theology, and he knows that many of them also read what I write and appreciate my views.

Doesn’t this suggest a sensible way forward, at least for any but the most militant? Why build walls to throw mud at them? Make a path, not a fence. Win a friend, not an argument.

There must be “integrity of character and fealty to truth…. Our final reliance is always upon the [person] and not upon his creed. We care little what he believes or disbelieves, so that he believe in sobriety, justice, charity … so that he speak the truth and shame the devil….”

“Atheism itself, if sincere and honest, is more in keeping with the order of the world than a cowardly and lukewarm deism.”

In balance, he concludes:

“When the true patriot speaks, everybody is patriotic; when the real Christian appears, everybody loves Christianity…. [We must show a person] that religion is not some far- away thing that he must get, but a vital truth which he lives whenever he does a worthy thing.”

I would like to be judged by my character and the worthy things I do. Most of us want that, I think. So let’s have less evangelism and more evangel, a revival of goodness and graciousness. Let’s have less argument and more conversation; less ridicule and disrespect and more sincere listening. And let’s try to open more doors, even in our own minds, to be invitational, welcoming and hospitable.

To borrow some ancient but apropos words: for those with eyes to see and ears to hear, the road ahead may not be comfortable or clear, but if the alternative is more dead ends and closed minds, why not choose an open path that’s truly progressive?

We might even have enough wits to whittle something much better than pointed weapons. 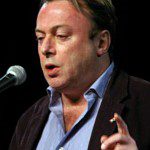 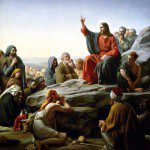