Emergency! Can Faithers and Freethinkers Respond Together?

Editor’s Note: Talk about timely!  This post was sent to me unsolicited and just BEFORE the horrible mosque shootings in New Zealand.  Too often these days, we find ourselves preparing for devastating emergency situations, realizing the need to plan how to cooperate with people of different religious perspectives.  What keeps us from responding just as humans? Here are some unfortunately timely examples of how it’s possible to work together, irrespective of religion, when something bad is happening. Hopefully this kind of response can be applied on a broad scale.  /Linda LaScola, Editor

No doubt we disbelievers are as overwhelmed by the incessant calamities and catastrophes as many in the faith community. Faced with this ceaseless stream of real or imagined crises, it may be an appropriate time to take a deep breath and open our eyes and minds wide to consider how an emergency can be addressed in a reasonable, cooperative manner on a local level.

While completing a book on my emergence from faith (Life After Faith)—never an actual crisis for me—and compiling stories from my years as a chaplain in My Address is a River, I was asked to become the director of an emergency winter shelter. This would be the first “rotating shelter” in the county, moving from place to place, sanctuary to sanctuary each week.

This was a whole new way of community involvement for me. After nearly twenty-five years as an interfaith chaplain with the last ten years as leader of a street chaplaincy, I was used to walking straight into personal crises while addressing the Big Picture issues of mental health, criminal justice and homelessness/housing. My work brought me in touch with people who were in daily emergency, women and men I never imagined I’d get to know and care about so much. From prisoners in maximum security to survivors camped high on wooded hillsides, from hospitals to shelters and streets, my staff and I were on the front lines of “the war on the poor,” as some say.

I helped to build our chaplaincy boards with business leaders, clergy, social workers, congregants and concerned citizens. Some represented specific religious groups and some were simply compassionate people. We didn’t always know what board- members, volunteers or supporters believed. It simply didn’t matter.

Close working relationships grew between us—Catholics and Protestants, Jews and Muslims, Buddhists and Bahai’s, Wiccans and New Agers and a whole lot of — Others. I was regularly taking a walk, talking on the phone or drinking a tea or a beer with a priest or rabbi, minister or witch, preacher or humanist. 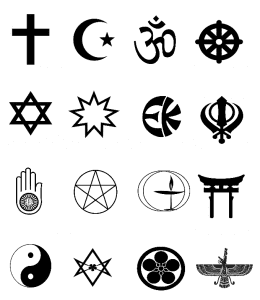 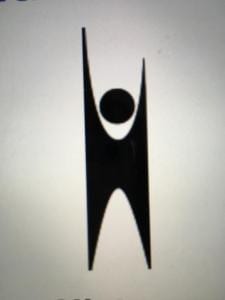 We were focused on helping others—period. Debates and disagreements over personal beliefs or non-beliefs were distractions.

Our annual interfaith service the night before Thanksgiving was inclusive of many faiths and those without faith. Yes, we would have prayers, poems, scriptures and hymns but the highlight of the evening was always the presence and participation of the street community. Their words, stories, songs made it real and deeply meaningful.

The dozens of memorial circles and processions we held were also radically inclusive, modeling the way true “community” could be more than defended tribes, where people matter more than philosophies or politics.

I became convinced, because I saw it every day for nearly thirty years, that people from vastly different backgrounds and beliefs, diverse ethnicities, economics or orientations not only could get along and work side by side, but they actually did, usually quite effectively. Not to say it was ever easy, that it wasn’t often a little chaotic and messy. Walking into the tensions of our communities is no walk in the park—though we walked, sat and held gatherings in parks all the time!

Having left my ordination in 2001, I continued with the chaplaincy for another four years before moving to a small cabin on an island in the Northwest where I did trail and farm work, wrote a few books and decompressed from a personal and vocational life packed with emergencies. Little did I know that upon returning to California I would stumble right back into “it”—the perpetual earthquakes of personal emergencies.

As the director of the shelter I was employed by the county detox program and a Catholic social service agency, overseeing a mobile shelter supported by the county, a community foundation and a coalition of religious congregations yet to be organized.

With my colleagues at the detox center and St. Vincent dePaul, I began to coordinate over a dozen congregations, several non-profits, County Health and Human Services and literally hundreds of volunteers. We hired a great staff of women and men who were either unhoused or had “been there” and knew the precarious life outside.

The central purpose was simple, in a complex kind of way: there is an immediate emergency (people are dying outside in the cold) that demands an immediate response.

The irony was, of course, that a secular humanist (me) was the director!

It was amusing to me even while musing over one evident truth:

An emergency can offer new ways of merging as well as emerging.

I got to work constructing a website to help us communicate and collaborate. I wrote:

“Where is home for me, for you, for us? If I say, “The County is my home” then whatever I dwell in from a castle to a car to a sheet of stained cardboard, is a home or a housing or just a homing—a homing in on something that grounds me and centers me. I am my own address.

We can say, I’ve passed through open doors and been met with kindness. I’ve tasted the deliciousness of life from strangers who did not treat me like a stranger. Will we be strangers again? Will they?”

Each afternoon the staff and I had to “play god” by selecting the 30 men and 20 women a sanctuary could accommodate that night. Almost every day I told the crowd in the free dining room downtown that I hated my job. Not the part about getting to know them and directing the shelter — just the part of having to select who was IN and who was OUT. I said I felt like the captain of a ship deciding who could get in the lifeboat with limited space. 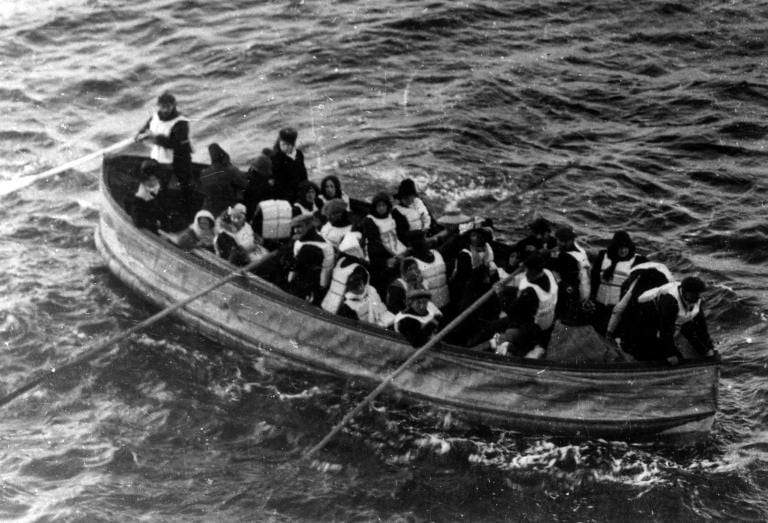 “A small, temporary lifeboat…where everyone does their part searching for dry, safe, stable land…. Where hospitality brings us all closer to home.”

In my view, there are many emergencies that wouldn’t be so if people of faith and people without faith were willing to put their bickering beliefs aside and work together. It’s not really so difficult. 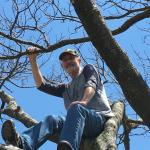 By passenger of the Carpathia, the ship that received the Titanic’s distress signal and came to rescue the survivors – http://narademo.umiacs.umd.edu/cgi-bin/isadg/viewobject.pl?object=21605https://www.archives.gov/publications/the_record/march_1998/titanic.html, Public Domain, https://commons.wikimedia.org/w/index.php?curid=704248 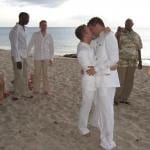 March 21, 2019 Another Former Methodist Minister Sounds Off
Recent Comments
11 Comments | Leave a Comment
"ctcss -- I was moved by much of what you said, but had to laugh ..."
Linda LaScola My Life and Yours – COVID-19 ..."
"Well...I have lots of friends both men and women who are now or have pastored ..."
Mark Rutledge A Pandemic of Delusional Thinking
"Linda, it's good to hear that you and yours are doing fine. Please continue to ..."
ctcss My Life and Yours – COVID-19 ..."
"Surely the Corona 19 virus will cause millions to see just how impotent their pathetic ..."
mason lane A Pandemic of Delusional Thinking
Browse Our Archives
Follow Us!