Dangerous Illusions – Read This, Save Time

Editor’s Note: We’ll take a short break from hearing dissenting views on atheism/humanism, to check out this new book. From the sound of this review, it could be perfect for those hard-to-buy-for friends who show signs of doubting their religious beliefs.This was originally written for the Faithless Feminist Blog by Karen Garst,  /Linda LaScola, Editor

Religious references are ubiquitous today – in news programs, magazines, movies, social media, etc. It is clear, particularly in the United States, that religion of various strains is alive, well, and kicking.

There are many reasons for this, but a fundamental one is that people rarely question their faith, do not have deep conversations with non-believers, and most importantly, never read anything that contradicts their faith.

I will admit that I took religion for granted until my 40’s. My husband and I attended a very liberal church, which welcomed “all paths to God.” However, I started to read books that questioned religion. The knowledge I gained caused me to abandon my faith.

When I started writing books about the negative impact of religion on women, I read over 100 books. Not many people are going to do that, I certainly realize. 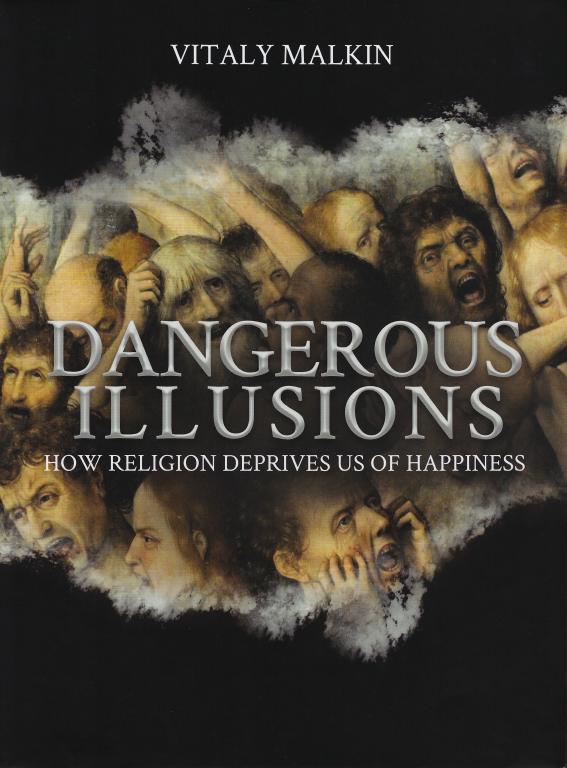 When I had the opportunity to read Malkin’s book, Dangerous Illusions, I realized I could have read far fewer if I had read his first. Dangerous Illusions is the most thorough and well-researched book that I have ever read that shows the “chimera” that religion is. But chimeras, such as a mirage in the desert or the saying of the religious forefathers, are often taken as real. And passed down for generations. What is required for this to occur is the opposite of reason – it is faith. 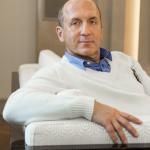 Vitaly Malkin studied ancient philosophers in order to define reason as it was viewed before monotheism such as Judaism, Christianity and Islam took hold. These philosophers developed general laws that dealt with the world and “a system of proof to support them.”[p.47] While the ancient Greeks and Romans had a pantheon of gods, there was no developed monotheism and the gods were very human in character. These gods did not stand in the way of developing a “purely human morality.”[p.51]

However, starting with the first millennium BCE, a monotheistic religion, Judaism, developed that “resulted not in the blooming of reason but in its general impoverishment.” [p.57] Mystical experiences, venerated texts, and a close-knit tribal population, started to substitute for the Greek notion of reason. The impact of monotheism has been tremendous. As Malkin points out, there were no religious wars during paganism. The Romans were so lazy that they just adopted the Greek gods and renamed them. But no nation fought wars over Zeus or Athena. You don’t need to know a lot of history to recite a few of the religion wars that killed millions of people – the Crusades, the slaughter of the Cathars, the Holocaust and today the rise of ISIS.

People became convinced they didn’t need reason – all they needed was faith in their god and its promoters. Judaism started with an attitude of the dangers of secular learning and every monotheism religion has followed suit. One blatant example is the “Intelligent Design Theory” that has been promoted in order to disprove the science of evolution. Gregory of Nyssa, the bishop of the fourth century states:

“Man has no further need for scientific knowledge. What’s the use when the believer who belongs to Christ already rules the whole universe? Faith has no need for proof; the witness of the past is entirely sufficient.” [p.96]

Malkin goes on to explore the development of the notion of evil, the role of the devil, and the struggle between justifying an all-powerful “good” god with the presence of evil. Many religious scholars are still attempting to do this today. Malkin’s research came up with 300 different views on the responsibility of God for evil. (No, he doesn’t list all of them.) He chooses the most popular three rationales for evil as follows:

Rationalizing the deaths of children is the most egregious to me. Who would want to believe in a supreme being who couldn’t or wouldn’t prevent the Holocaust where over two million children were murdered? There is no possible rationale, even one cleverly devised, that would work for me.

I often wonder what the world would be like today if the Roman Empire had survived and Christianity hadn’t taken over the world. Would we be focusing on our life here on the earth and trying to make it better for everyone? But the push of the empire outwards created the seeds of its destruction and the plebeians and slaves gave Christianity its base – something has to be better than this life on earth.

Malkin explores the progression from Judaism, which does not concern itself with an afterlife to Christianity whose main focus is consumed with it. Islam’s focus is on the honor of death in battle with the award of an afterlife. It is much easier to get soldiers to fight an enemy that doesn’t believe in your god, especially if you will be rewarded with a pleasant afterlife… and seventy virgins. The role of religion to enhance power is undeniable and an afterlife is essential to that effort. The threat of hell also helps rule an ever growing and hard to control population.

Another subject explored in detail is the acceptance of “unnecessary and unbearable suffering ‘for God’.”[p.392] Self-flagellation, castration, abstinence, and ascetic lifestyle – all of these are antithetical to what most would call a healthy lifestyle. And we have seen too often the impact this has on others – sexual abuse of children by Catholic priests is finally being acknowledged by the Roman Catholic Church – two millennia later. Malkin sums it up with the following:

What if love toward your fellow human beings had been the focus of the religion? Even though current Christians may say it is, it is not. It is sin and suffering with the crucifixion as the key symbol of the faith. What a contrast the focus on suffering was to ancient Greek virtues based on the Golden Mean – “reason, rationality, and reasonableness.” [p.526]

Malkin addresses the complete transformation of the ancient worship of a mother goddess, where sexuality was seen as a positive and normal pleasure of life, to its polar opposite – a virgin birth. It is interesting, however, how elements of the mother goddess were woven into the new religion to pacify pagans – the veneration of Mary – the female saints, etc. 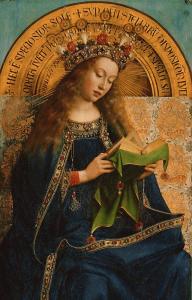 But these pale in comparison to the devaluation of women, their subjugation to their husbands, their complete lack of equal rights, that we endure today in most cultures.

Malkin’s book, while meticulously researched and written in great depth, is very accessible to the average reader. I would challenge you to buy a copy and share it with those friends and family members who might be willing to learn and reason.

In closing, I quote Malkin’s purpose for writing this book.

“Stop poisoning your life with useless thoughts about good and bad in human beings. Man is what he is and he is neither good nor bad. He cannot be changed. Forget about your original sinful nature: you have committed no original sin. You will still get sick and die but you will certainly live better with original sin.

Love yourself and live in harmony with your body and its natural instincts. No one can love you more, and give you more, than you yourself. Satisfy all your desires without thinking about religious dogma and the pressure of public morality. The many restrictions of the penal code are enough. Be proud of your natural instincts.

Get rid of everything that prevents you from loving yourself and enjoying life: close all religious books, delete all religious channels, stop idealising other people and listening to their opinion. Do not blindly believe what is written, and doubt everything, including this book.

Do not read the society pages and gossip about the sex lives of politicians and stars. Everyone has the right and even the responsibility to live the way they want and can. It is much healthier to read books on delicious and healthy food. Do not fear to express your opinion even if you have more enemies than allies.” [pp. 1113-1114]

You can find his book here. 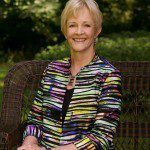 Bio: Karen L. Garst, PhD, is the editor of Women Beyond Belief: Discovering Life without Religion and Women v. Religion: The Case Against Faith… and for Freedom. She has a blog at www.faithlessfeminist.com and is on YouTube as the Faithless Feminist. Dr. Garst received a PhD in Curriculum and Instruction from the University of Wisconsin, Madison. She served as the Executive Director of the Oregon State Bar prior to retiring in 2008. She lives with her husband in the historic town of Silverton, Oregon.