Could Pilate have conceded over burial rights also? Granted this may not extend to those accused of treason, but as Pilate did permit some local customs, does this not open up sufficient space for Josephus’ claim over burial rights to be taken seriously?

This question arose a couple of weeks ago after I had returned briefly to an older conversation about whether Jesus would have been buried on the afternoon he was crucified.  I tried to show that if so, this would have been in clear violation of policy and precedent.  Part of the entire punishment for capital offenses — especially crimes against the state (e.g., claiming to be a ruler of a people ruled instead by Rome) — was to be left *on* the cross for days, as a public display, and a humiliation and denigration: bodies were left subject to the elements, the scavengers, and natural decay.  The Romans wanted everyone to know that THIS is what happens to those who cross the power of Rome. 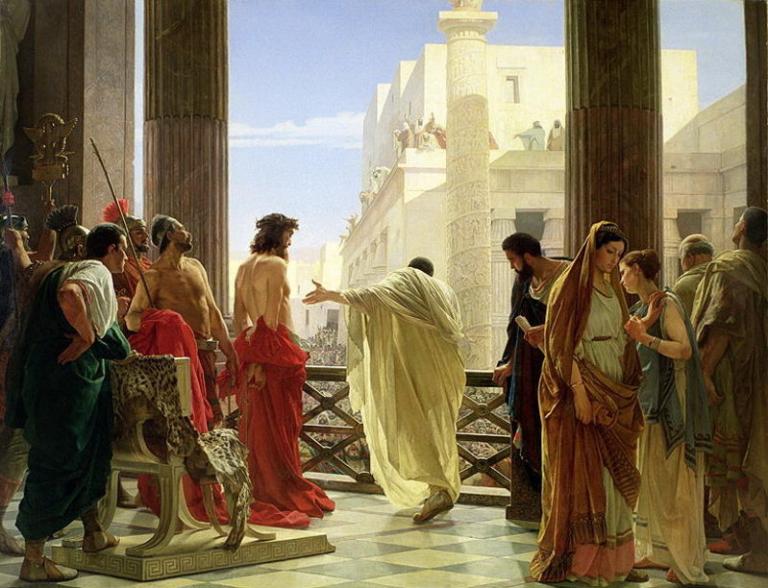 A number of readers suggested that Pilate was possibly sensitive to Jewish law and views of the matter, and would have allowed for decent burial because that’s what the Law of Moses requires.  My view is that Pilate flat out didn’t give a damn.

This is a debate that I had with conservative evangelical New Testament scholar Craig Evans some years ago.  He too claimed Pilate would have been well disposed to Jewish sensitivities about the matter.  I answered this claim in a couple of posts..:

I think there is almost no historical figure that Craig and I disagree on more than the Roman governor of Judea at the time of Jesus’ death, Pontius Pilate.   I see him as a cruel, vicious, hard-headed, insensitive, and brutal ruler; Craig portrays him as an efficient but wise and rather sensitive aristocrat who could learn from his lessons and who would go out of his way not to offend Jewish sensibilities.  A lot hangs on which view (if either) is right, since it was Pilate – we agree on this! – who ordered Jesus’ crucifixion.  Moreover, if Jesus was given a decent burial (Craig’s view) or was left to hang on the cross for some time in accordance with standard Roman practice (my view), it was, in either case, Pilate’s decision.

Craig’s view is that Pilate’s sensitive decision not to allow crucified victims to hang on their crosses after their deaths is what allowed him to keep “the nation at peace” (the phrase comes from the Jewish historian Josephus, whom I will be dealing with in later posts).  My view is that the reason the nation was kept “at peace” was precisely because governors like Pilate showed with graphic brutality what would happen to anyone who revolted or threatened to revolt; crucifixion and the humilities suffered post mortem were an effective deterrent for revolt, for most of the Roman period.

But what kind of person was Pilate?  Craig refers to a passage in Josephus, Book 18 of the Antiquities, where Pilate, on assuming rule of Judea, brought Roman standards bearing an image of the emperor into Jerusalem, thereby offending the Jews who were resident there, who maintained that since holy city was holy to God, there were to be no “images” there.  According to Craig’s discussion, the Jews protested, Pilate realized he had made a mistake and backed down, and that was the end of the story.  Craig emphasizes that this account shows that previous governors had not brought standards into town – showing their basic sensitivities to Jewish customs and laws – and that once Pilate saw that he had made an error he “quickly” (his word) gave way.

As Craig summarizes the event:  “Pilate either did not understand Jewish law and custom and so acted in ignorance, or he did, thinking he could force on his Jewish subjects his allegiance to the emperor.  In either case, he quickly learned how loyal the Jews were to their law and wisely backed down.

For Craig, this “wise” decision affected the rest of Pilate’s rule in Judea.  Jewish customs were not to be breached.  And so, Craig “find[s] it hard to believe,” that once Pilate learned his lesson about Jewish determination to follow their customs, that he would later allow crucified criminals to remain on their crosses in violation of Jewish sensibilities.

I have a very different read of Pilate in general, of this incident of the standards in particular, and of its effect on Pilate’s behavior subsequently.   First I’ll talk about this incident.

Craig speaks of it as if Pilate acted in ignorance.  But that flies in the face of what our one source of information about the incident actually says.  Here is how the historian Josephus introduces his account:  “But now Pilate, the procurator of Judea, removed the army from Caesarea to Jerusalem, to take their winter quarters there, in order to abolish the Jewish laws.”   That doesn’t sound very promising.  Josephus goes on to say that Pilate did not introduce the standards as one who was “ignorant” of Jewish customs or of the possible effect such a brazen act would have.  On the contrary, he knew exactly what he was doing.  He brought the standards in, Josephus emphasizes, “at night” when no one would know what was happening.  Only on awakening did the Jews in town realize what he had done.

And so then, did the Jews of Jerusalem raise their voices in protest and Pilate then realize the error of his ways?  Well, not exactly.  Josephus indicates that Pilate had gone back to Caesarea and a mass of Jews marched on his palace, demanding the removal of the standards.  He flat-out refused.  (Why?  Hint: he didn’t give a damn about Jewish customs or sensitivities.)   The Jews then staged a massive sit-in demonstration for six full days.  (Craig says that Pilate “quickly” learned his lesson; well, it was not exactly quickly….).  Did Pilate back down *then*?  No, he got fed up.  He had his armed soldiers surround the crowd, and ordered the Jews to return home to Jerusalem with the Roman standards still in place, or he would have each and every one of them executed on the spot.  Nice guy.

It’s true; he did in the end back down, but not because of sensitivity.  The Jews responded to the death threat by throwing themselves on the ground, baring their necks, and telling the soldiers to lop off their heads.  They would rather suffer a massive slaughter than put up with having images of the emperor in the holy city.   Pilate at that point realized that he could not possibly slaughter so many people.   Josephus doesn’t tell us why, but it’s not hard to understand.   Presumably all the leaders of the Jews were among the crowd.  If Pilate ordered the mass murder of all the leaders of the people he was supposed to be governing, he would be held responsible back in Rome – not for violating Jewish customs, but for killing off all the local aristocracy.  Not exactly a smart move.   Such a move would almost certainly put an end to his governorship (as it was later put to an end by another act of brutal repression – ten years later).

So, did Pilate “learn his lesson” as Craig suggests?  Actually, quite the contrary, as is explicitly shown by the one source that Craig himself relies on….  Pilate continued to show his brutality and insensitivity long after this event. 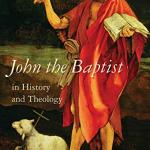 May 13, 2019
Joel Marcus on His New Book on the John the Baptist
Next Post 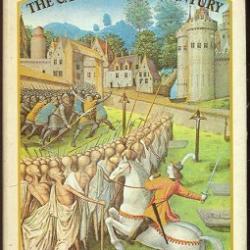 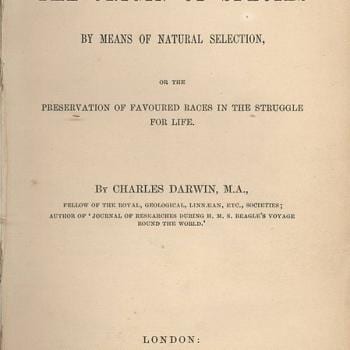