Editor’s Note: I’m so happy to reprint this article (with permission) from the current edition of FreeThought Today, published monthly by the Freedom from Religion Foundation, Inc. My colleague, Dan Dennett, wrote this for it’s most recent edition. It’s an update on the play we’ve been working on, which I’ve previously written about here. Now you can hear about it from the guy who made it happen, thanks to an insight from his wife.  /Linda LaScola, Editor

Confidential confessions of disbelief by practicing clergy are gripping revelations of what it is like to be caught in a web of evasion.

When my wife Susan read the final draft of Caught in the Pulpit: Leaving Belief Behind, the book Linda LaScola and I wrote about the confidential interviews Linda had conducted with nearly 30 nonbelieving clergy, her immediate reaction was that this would make a stirring play. She was right. Linda and I joined forces with New York City playwright Marin Gazzaniga, who, supported by a grant from the Richard Dawkins Foundation, combed through the thousands of pages of transcripts and assembled a play drawn directly from their interviews.

As someone with little prior knowledge of the theater world, I have been fascinated by the huge team effort required to bring a play to life. Since our initial project had been under my direction at Tufts University, Gazzaniga had to get certified by Tufts’ Internal Review Board for human subjects research before she could gain access to the highly confidential transcripts. Also, Linda contacted study participants to ask their permission to use their transcripts in the play. Marin’s first script, the product of intense artistic decision-making, guided (and complicated) by intense editorial discussions among the three of us, was given a private reading in New York in 2015. The invited audience of theater people were on the edge of their seats, but our verdict was: electrifying, but too long.

So it was back to the drawing board, this time in partnership with the award-winning New York theater company The Civilians, renowned for its “investigative theater” productions. Through further readings and workshops, our creative team took the script on a journey of simplifications, unifications, re-orderings, subtle tweaks and a bounty of insights from director Steve Cosson, dramaturge Jeremy Stoller and a fine cast of actors. This work culminated in February, in the form of a stunning pair of performances (still “on book,” but highly rehearsed) at Princeton’s Lewis Arts Center.

So, after several years of revisions and workshop readings with professional directors and actors, the play is ready for production, with a new title based on the pseudonym of one of the study participants:

Adam Mann (Not His Real Name)

We can now say (with relief!) that the most uncertain aspects of this project are behind us. Yes, we have a moving, tightly integrated, roller-coaster ride of a play to show the world. We have attracted the interest of a wide swath of people in the world of theater, and our executive producer, Megan Kingery, is hard at work lining up potential theaters, talent, and — most important — the financial support we need to get the play on the boards.

Telling the stories of the courageous participants of the original study through the medium of theater has been fascinating and challenging, and has only deepened how moved I am by their brave and often desperately lonely journeys.

Those who wish to support the future development of Adam Mann: Not His Real Name 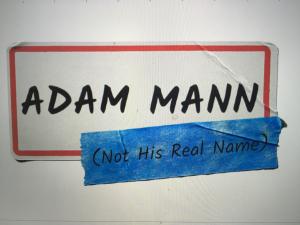 can donate to the show here. 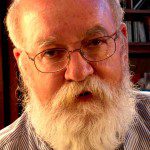 Bio: Daniel C. Dennett, a co-founder of The Clergy Project, is the co-director of the Center for Cognitive Studies and the Austin B. Fletcher Professor of Philosophy at Tufts University and an honorary director of FFRF.

July 11, 2019 The Jesus Nobody Wants
Recent Comments
7 Comments | Leave a Comment
Browse Our Archives
get the latest from
Rational Doubt
Sign up for our newsletter
POPULAR AT PATHEOS Nonreligious
1