Pain and Joy of Going Home

Editor’s Note:  What a delight it is when people tell you how they have benefited by something you’ve written!  I know the feeling well after hearing from so many current and former clergy after the research with non-believing clergy that my colleague, Daniel Dennett and I conducted.  And The Clergy Project! How wonderful that these good people now have a venue to talk openly with each other about their shift from faith to reason. Happily, “Scott” who wrote the most recent blog post published here, had the same experience, which is recounted below.  /Linda LaScola, Editor

A young monk, who ignored the scare tactics used to keep him inside an ashram, describes the pain and joy of going back home.

[Below is a message received from a former Self-Realization Fellowship (SRF) monk.  He asked to remain anonymous for personal reasons.  I have obtained his permission to use his story in this post.  While this former monk and I did not know each other inside the SRF ashram – he left a decade or more before my entry into the ashram – we recently had a pleasant in-person meeting sometime after he first contacted me through this SkepticMeditations website.]

Your recent post, Abandoning Family for a Guru, resonated deeply with me.

When I entered the SRF Encinitas Ashram, I did not tell my parents until after I was already inside. I’m sure not telling my parents before entering the ashram hurt them.

My dad recently sent me a large folder of letters I had mailed to him around the time I entered the ashram. I should go through those letters and try to find the letter where I informed my parents I had joined a Hindu-inspired monastic order in Encinitas. (My parents raised me in a mainstream Christian church).

Eventually my parents came to visit me at the ashram. Our meeting was a bit heart wrenching. The feelings could probably not be duplicated unless we were visiting family in prison.

I was also allowed, was given permission by the monastic superiors, to occasionally visit my parents at home. At the end of those visits, a part of me never wanted to return to the ashram.

A number of years ago, one of my sisters took all my dad’s slide collection–decades of family photos–and had them converted into CD’s. When I reviewed the family photos, I was shocked by my absence from them. It wasn’t just during the years when I was in the ashram. Prior to that, when I was age seventeen, I moved to London and soon after moved to Hawaii. But all those holiday celebrations when the family gathered, so often I was not present. Missing.

Today, both my parents are 92 years of age. We have a close relationship. I just finished drafting a Wikipedia page about my dad, an early pioneer of computers. My three younger sisters and I somehow all survived to be over age 60. Today, I cherish them all, and we talk frequently on Skype.

The monastic bonds of love were not as strong. In the ashram there was talk of divine “fellowship”. Indeed I felt a kind of brotherhood with my fellow monks while fighting spiritual battles together in the trenches. The brotherly love, though, was often laced with fear.

The SRF monastic community often used scare tactics to get monks to stay inside the ashram. We were indoctrinated that life outside the ashram, out in the world, was terrible, and that when you leave

“You grab the tail of the cat, you get the whole cat.” 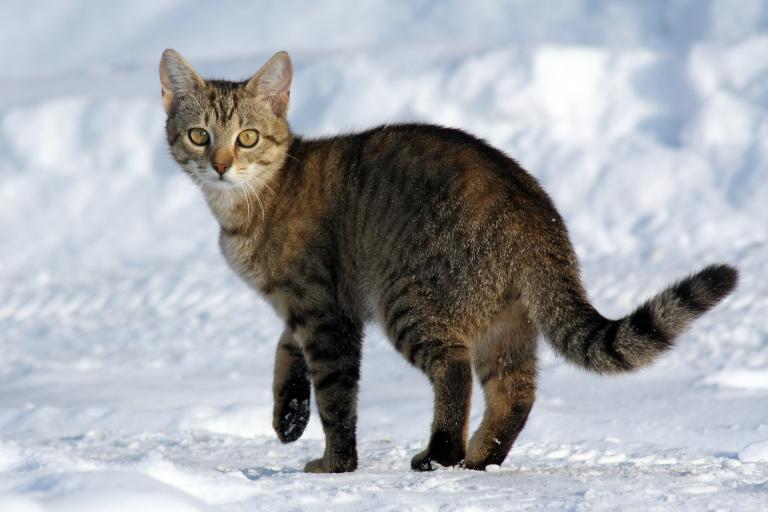 Meaning that if you choose to leave the ashram, you get caught in the claws of a supposedly evil and dangerous world outside the cloister.

I love cats, and so ultimately the scare tactics didn’t work. I eventually left the SRF Monastic Order and found that life outside was wonderful and fulfilling.

Life after leaving the ashram was not always easy for me. I confess I had to do some hard work on myself to get to where I am today. (But I won’t discuss those details now, as it’s a bit too personal).

Several years after leaving the ashram, I met the woman of my dreams. We recently celebrated our 30-year wedding anniversary. We have love everyday in our home.

We have a wonderful daughter who often visits us. She brings joy with her and is the love of our lives. In six months she finishes a Ph.D. program, with a doctorate in statistical genetics. I’m one proud dad.

Last night, my wife and I attended a holiday party and everyone talked of family. I left the party feeling joy. (I don’t drink, so that wasn’t the reason). Today we shared our fairly lame party pictures on Facebook; we tagged each other, and enjoyed our shared memories.

I can’t remember ever feeling that good during my ashram days during or after gatherings in the monastic community. The monks would meet and then just go back to their solitary rooms and meditate.

Every morning I walk for an hour as the sun comes up and I am filled with gratitude. I love living in the moment, the life I’ve chosen, and have been given.

My wish is that monks who live inside an ashram, who wonder what it’s like on the outside after leaving, that they could know the love and joy that is possible in this world.

Bio: “Scott” was a monk at the Self-Realization Fellowship (SRF) ashram for 14 years before leaving to complete his education and enter the business world.  Raised Roman Catholic, he got into eastern religious practices and was influenced in his 20’s by reading The Autobiography of a Yogi by SRF founder Paramahansa Yogananda. He is now a member of The Clergy Project and a successful business consultant.  He discusses the hidden, and sometimes dangerous side of meditation practices, systems and groups at SkepticMeditations.com, where this essay has been reposted with permission. 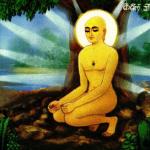 February 13, 2020 Christianity’s War Against Women
Recent Comments
4 Comments | Leave a Comment
Browse Our Archives
get the latest from
Rational Doubt
Sign up for our newsletter
POPULAR AT PATHEOS Nonreligious
1