Who Will Prevent Death In The Desert?

Who Will Prevent Death In The Desert? February 20, 2020 Linda LaScola

Editor’s Note:  Here’s a philosophical piece written by one of The Clergy Project’s few former Rabbis. I was delighted to hear from him with the offer of this blog post from his personal blog.  It’s indicative of the sensitive thinking he has been doing since leaving his position as an orthodox Rabbi. /Linda LaScola, Editor

In 2017, four volunteers from the ministry ‘No More Deaths’ left food and water for migrants in the Cabeza Prieta National Wildlife Reserve along the Mexican border. This reserve is a particularly harsh environment, especially in the summer when these volunteers were active, with the daytime mercury topping 100 degrees. 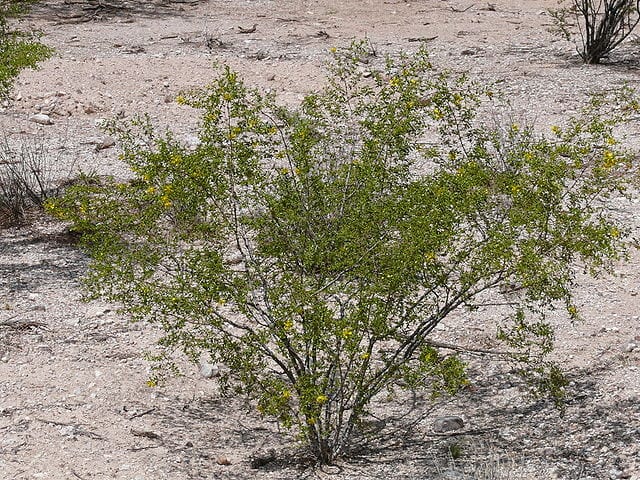 In 2017, the remains of 32 people who died trying to cross from Mexico into the United States were found there. Many more likely perished but their bodies were never recovered.

The U.S. Border Patrol strongly opposes these volunteers’ work. Anyone entering the refuge is required to get a permit, and when a permit is issued it’s with the specific prohibition of leaving water, food, or medical supplies behind. These four volunteers were arrested, charged with entering the reserve without a permit and leaving behind supplies, and found guilty in federal court. Their punishment was a small fine, probation, and being ordered not to enter the refuge again.

But last week, U.S. District Judge Rosemary Marquez reversed their convictions. She determined that their conduct was protected by the Religious Freedom Restoration Act (RFRA). The RFRA says that the government must exempt anyone from laws, even laws that are religiously neutral, if the law significantly burdens their sincerely held religious beliefs. The only exception is if the law is the least restrictive way of furthering a compelling government interest.

For example, the RFRA featured prominently in the Burwell vs. Hobby Lobby Supreme Court decision of 2014. The Affordable Care Act requires health insurance offered by private employers to include coverage for specific contraceptives, and the owner of Hobby Lobby said that being forced to provide coverage for these contraceptives would cause him to violate his religion. The Supreme Court agreed, and determined that the government could find ways of achieving its aim of making these contraceptives available without forcing private employers to cover them.

While the Trump administration has supported these exemptions, in the case of these Arizona volunteers the Justice Department claimed that the RFRA shouldn’t apply. The government argued that these volunteers were acting on mere political or secular beliefs, not religious ones. Furthermore, preventing them from leaving food in the refuge was necessary to achieve the government’s compelling interest of stopping illegal immigration.

The Government’s Gruesome Theory Of Deterrence

Judge Marquez disagreed. She wrote in her decision that when the government claimed that the volunteers leaving food and water in the desert would encourage more illegals to attempt to cross, it was relying on what she termed a gruesome theory of deterrence. Making sure no supplies were available in the refuge increased the odds anyone attempting to cross the refuge to enter the United States would die. That would in turn lessen the likelihood that anyone, even asylum seekers fleeing persecution, would attempt to enter the U.S. by crossing the refuge. Marquez did at least note that this claim was disturbing. But she dismissed this not because it’s barbaric and revolting, but because the government had no evidence that its deterrence worked. In spite of the remains of 32 people having been found in 2017, people were still attempting to cross. Where was the proof, she asked, that even more deaths would make a difference? 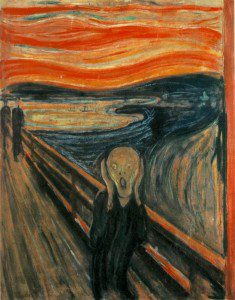 Was The Volunteers’ Motivation Religious?

Marquez devoted a significant part of her opinion to determining whether the volunteers’ motive in leaving the supplies was truly religious. She quoted several previous decisions that would seem to leave the door open for sincere moral beliefs to be categorized as religious. But then she devoted page after page to citing specific evidence that for each of the volunteers their conviction that starving and thirsty people should be given assistance truly came from religion.

She noted that the No More Deaths organization is affiliated with the Unitarian Universalist Church, the truck the volunteers drove into the refuge was owned by the Church, and when apprehended the volunteers initially identified themselves as ‘from the Church in Tucson’. The founder of the No More Deaths movement explained that the movement’s philosophy comes from the New Testament, specifically Jesus’s teaching that he himself suffered hunger and thirst.

One of the volunteers had what she called a personal altar in her home, made of water bottles she collected in the desert. Another of the volunteers stated that she had attended services at various Unitarian Universalist Churches in many states, and had what she termed a spiritual practice of observing moments of silence while setting out the supplies. Another of the volunteers said she also observes moments of silence, and she drapes rosary beads over the water bottles she delivers. Finally, since all the volunteers subscribed to the teachings of the No More Deaths founder, the judge concluded that their beliefs are closely tied to Christianity. This made their beliefs religious and not merely philosophical.

Why Does Religion Matter?

In my view, regardless of whether a person has a legal claim to stay in the United States or they will have to be deported back to their home country, letting them die or suffer in the desert while trying to enter is abhorrently wrong. This is based on a fundamental belief in human rights. A recognition of human rights means that everyone deserves to be cared for when they are in need, regardless of immigration status or citizenship.

I do not have the Bible to prove this is true. I do not belong to any Church. I have no beads or other religious paraphernalia to distribute, no altars, and I may or may not observe moments of silence. It’s quite likely, therefore, that federal courts would determine that my opinion is merely philosophical or political, and therefore unlike the religious members of the No More Deaths Ministry I should not be allowed to place supplies by the border.

So the bottom line, even after Marquez’s very welcome decision, is that the government can choose to use prevention of assistance to people dying in the desert as a means of regulating immigration. Then in order to take action against this policy, a citizen has to claim they are acting on sincerely held religious beliefs. Those are the only beliefs that enjoy special protection. According to the law, if you don’t claim religion you’re just a political protester or philosophical opponent, and your only recourse is the next election.

The change we need is broad recognition of the prime importance of human rights. If the government attempts to do something that is a complete affront to our human rights, courts should say no, just the way they do when a law goes against the constitution. Of course the government will decide the details of immigration policy, but when its immigration policy extends to making it a crime to help prevent migrants or asylum seekers from dying in the desert courts should step in and state clearly that the government has crossed the line.

And human rights should have at least as much standing as religion when it comes to personal freedom. The government should only be able to forbid citizen’s actions aimed to protect rights if there is a compelling necessity for doing so and it has is no other way. If we protect religious beliefs even when they cause difficulties for others, such as refusing to provide insurance coverage or pharmaceuticals for contraception, shouldn’t we protect beliefs that have been widely accepted as critical to building a more peaceful future for us all?

I live far from the border, and it’s unlikely I’ll have a chance to leave supplies in the desert anytime soon. But if I was there I think I would. And if the border patrol stopped me, I’d say that I’m just doing what’s right, what I think anyone should do. I hope that would be good enough to keep me from fines and other punishments. If following one’s personal Church or holy book is sufficient reason for breaking the law, isn’t upholding values that people around the world have rationally decided are in the best interest of all humanity an even better one? 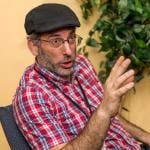 Bio: Shlomo Levin served for 15 years as an orthodox Rabbi, during which time he realized that adherence to Torah and Jewish law often does more harm than good. While he completes his first two novels he is ready to help develop and officiate at humanist life cycle celebrations. He also offers tours of Milwaukee on round, seven seat bikes and blogs at The Human Rights Haggadah from which this blog post is reprinted, with permission.

February 24, 2020 Local Christian Woman Blasts Evil Democrats for “Persecuting” President Trump
Recent Comments
12 Comments | Leave a Comment
"I have always thought it should be “...foolishness to those who are NOT perishing...” Why ..."
Ralph-Uwe Scherer The New Testament’s Biggest Cover-up: Jesus ..."
"It's odd that you say Vujicic has had much suffering when you apparently don't know ..."
Dorothy G. Ferguson Is Suffering a Problem for Those ..."
"But Anne, can't we create a meaningful and comforting narrative based on truth rather than ..."
Gary Whittenberger Is Suffering a Problem for Those ..."
"True, but there exists no God to have that plan anyway."
Gary Whittenberger Is Suffering a Problem for Those ..."
Browse Our Archives
get the latest updates from
Rational Doubt
and the Patheos
Nonreligious
Channel
POPULAR AT PATHEOS Nonreligious
1