The Power of Music in a Pandemic

Editor’s (Expanded) Note: As frequent readers know, I am a music lover and a firm believer in the soothing and energizing power of music.  I have been a choral singer since first grade, when I belonged to a choir of angels for the Christmas performance at the junior high school, until the present day as a member of The New Dominion Chorale, a community choir in suburban Virginia.  We meet in the gymnasium of a large Baptist church.  Or I should say “met.” We were preparing for our spring concert, when rehearsals stopped abruptly because of the Coronavirus.  Now we learn, not surprisingly, that there won’t be a fall concert, and who know what will happen after that?

We’ve also learned that choir singing is a very effective means of transmitting the virus. This LA Times article reports on a community choir in Washington state in which multiple singers contracted the virus after a rehearsal.  In an attempt to “socially distance”, they were not being their usual demonstrative selves.  They still sang, though, and it was the singing, with all the deep breathing and enunciating, that did them in.

No way I’m going back to choir after hearing about that — and one of my choir buddies who also sings in an excellent church choir, is giving up that choir too.

I fear for all the little angel choirs out there and all the people, young and old, who will give up choral singing, at least for a while.

Luckily, we can still listen to the vast store of recorded music that is available to us. The following essay reminds us of what’s out there and what joy it can bring. /Linda LaScola, Editor

What do puzzles, cleaning and baking have in common? They are ways we cope with coronavirus, of course.

I’ve dabbled in all three.

But the coping mechanism that seems to work best is music.

No surprise there, but I’m fascinated by the role music plays at this particular moment.

And then there are the virtual concerts.  Your favorite artist playing and singing in front of their computer somewhere in their home.  Choral and orchestral performances via Zoom.  The hits just keep on coming and no wonder.

It’s music.   In the opening scene of Shakespeare’s Twelfth Night, Orsino suggests that music is the ‘food of love’.   William Gongreve suggested that music has charms to soothe a savage breast, to soften rocks or bend a knotted oak.

Canadian singer-songwriter Buffy Sainte-Marie says that music has been “my playmate, my lover and my crying towel.”  The power of music is quite mysterious.  Jazz musician the late Miles Davis said, 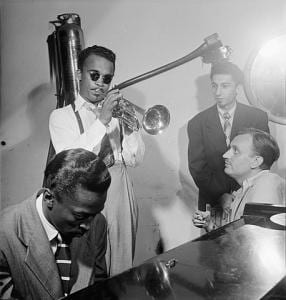 “I’ll play it first and tell you what it is later.”

We’ve all been guilty of using music to distract us from an empty room.  The late Frank Zappa of the “Mothers of Invention” said that the manner in which Americans ‘consume’ music has a lot to do with leaving it on their coffee tables or using it as wallpaper for their lifestyles.

But these days, we’ve been reminded of the power of music to get us through tough times. Allegedly, Jesus sang the night he went to his death.  He might have sung before that but you might think that he and his friends knew they needed music to see them through the approaching storm.

Music packs a plain yet potent punch.  It can rouse us and move us.  It can also buoy us.  As so many are saying, we will get through this time.   The light at the end of the tunnel isn’t an approaching train but a sign that the darkness isn’t going to last forever.  But in the meantime, let music, any music, connect you to others and to your optimistic self.

Pulitzer prize-winning poet Wallace Stevens gets the last word here.  In his poem “The Man with the Blue Guitar” he wrote:

**Editor’s Questions** What have you had to give up during the pandemic that has been very hard? What music has comforted you?

Bio:  Bob Ripley was a syndicated religion columnist, broadcaster, former preacher and author of Christian devotional material.  His book which came out in October, 2014 is titled Life Beyond Belief: A Preacher’s Deconversion. Find out more about the book and his other writing here.  This blog post is reposted, with permission. 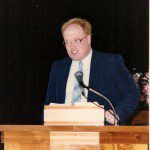 Nonreligious
Life: It All Depends on Where You Are...
Rational Doubt 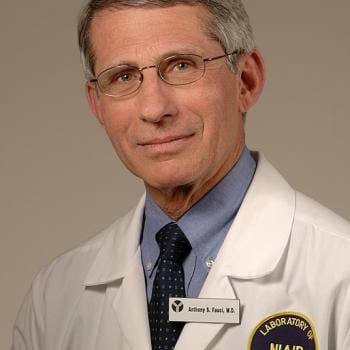 Nonreligious
How Questioning Everything Saves Money, Time & Makes You A...
Rational Doubt
TRENDING AT PATHEOS Nonreligious