Editor’s Note:  This former Seventh Day Adventist minister reminded me that his former religion has been expecting an apocalyptic event for over 100 years!  But, it’s fascinating to me how are they responding to it now that their dreams seem to be coming true.

Lucky for us, this former Adventist is able to imagine addressing his former congregation as a humanist. /Linda LaScola, Editor

Thirty-four years ago I resigned my position as an associate pastor of a large Seventh Day Adventist Church in Des Moines, Iowa. I never regretted making the decision to leave the ministry, but I wonder sometimes about the path my life would have taken had I remained in the church.

Now that the world has been sent into turmoil by a global pandemic, my thoughts turn to the kind of sermon I’d offer my congregation if I were still a believer. I can see myself back in my former office, studiously pouring over scripture and the writings of Adventism’s prophet Ellen White. 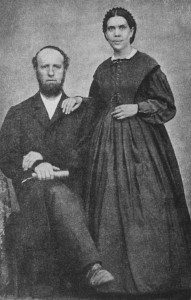 Built upon the pillars of prophecy, the Adventist church considers its members to represent the “remnant” of God’s people who have been chosen to deliver the final truths during the last days of earth’s history. There could have been no better sign than this plague that these final days had arrived.

I admit with regret and embarrassment that despite the sadness I’d feel for those whom the plague had killed, I nevertheless would have been very excited that biblical prophecy was being fulfilled. I would have felt a great deal of emotional satisfaction that my faith was being confirmed and that God would soon be eradicating evil—and sinners—from the face of the earth.

Yet, the sermon I’d be inclined to deliver wouldn’t be spat out with fire and brimstone. Rather, I’d have taken a more solemn tactic; one typical of the oratorical style of Adventist pastors. So, I started researching what I might say. I wanted to know what messages the church was trying to convey to its members and the general public about the pandemic. Through my search I discovered the following 2.5 minute promotional video filmed just this March that would have encapsulated the key points I would have covered.

In case you’re unable to watch the video, I’ve summarized its message in the next two paragraphs.

“Dear coronavirus, a few months ago I didn’t even know you existed. But you came…to make war with us. Yes, we are in a war, against something unknown. And that fills me with uncertainty. We know that your army is very large. You are everywhere, we can’t see you, but we know you have many millions of soldiers. You are depriving us of liberty. You are depriving us of hugging, of kissing…and sharing love. You attacked me with your allies. And worst of all, you annihilated some of my soldiers. You killed them.”

“Dear corona, let me tell you something: You haven’t defeated us! Our army will become strong. Why? Because I have faith. And I have the weapons to face you with. Respect for others. For my neighbor, my colleagues, my friends, for the weakest. I will stay at home. I won’t open the door for you. I won’t go looking for you. And if I have to go to the battlefield…to look for food, to help the one who really needs it, to save the lives of my soldiers, I will do it very carefully. In the meantime…I will enjoy my family at home, quality time that I’ve been missing. I will eat healthily. I will manage to exercise. I will try to sleep well. And I will trust…in the responsibility and solidarity of humanity. I will trust in the governments, in the doctors and nurses. Our heroes. Real heroes. And in God even if it does not seem as if he is in control. Yes, dear coronavirus, God is in control. He is in control.”

I wane nostalgic when I hear these Adventists speak, since their concerns were once my own. If I were still an Adventist pastor this is the kind of message I’d deliver. As a born again freethinker, however, I see real danger in the way Adventism treats this virus as though it were an evil power. This touches upon one of most significant contradictions of Christianity; that God (supposedly) represents all that is good and moral, yet he uses evil to suit his purposes. It’s during periods of history such as this global plague, in which this contradiction is clearly seen.

Given the chance to preach as a freethinker to my former congregation I’d offer this sermonette that I call Apocalyptic Thinking. (Although it probably would have gotten me fired.)

Brothers and sisters: These are troubling times. The pandemic has spread across the globe. Hundreds of thousands of lives have been lost. Economies have been decimated. During the past week, civil unrest has broken out across America. I know you view the virus and these disturbing developments as signs from God. So, turn your thoughts inward for a moment and examine how these developments make you feel.

I’m certain you regret the lives the plague may take, and you feel anxious about the chaos that is filling the streets, but isn’t there a part of you that rejoices? This is the moment you’ve been anticipating your entire Christian life! Don’t you also look forward with great anticipation to the time God will silence the doubters whom you think have mocked your religion? Do you not feel vindicated that the prophecies you’ve been teaching seem to now be unfolding on television right before your eyes? And when evil—to include the individuals you deem to be evil—have been destroyed, will this not bring you a profound sense of gratitude and satisfaction?

I want you to understand that these feelings are entirely unique to Christianity. These are the kinds of thoughts only Christians can experience, because they’re biblically based. In many cases, they represent promises of liberation made by God to his chosen people. Unbelievers cannot empathize with these concepts, because they represent emotions that can only be experienced by those who have been looking forward to the fulfillment of prophecy.

This is what I call an apocalyptic mentality. This mentality is characterized by the belief that during the final days of earth’s history God can and will use all manner of terror and morally questionable tactics to finalize his “good” work. The problem is that these beliefs have the affect of making disciples feel good.
So, I leave you with a question. How you answer this question will be a strong indicator of your moral fiber:

Is the manner in which God uses evil to carry out his plans, and the satisfying emotions these actions generate in your mind, indicative of the kind of religion you wish to follow?

***Editor’s Question** How would you have answered this question as a loyal churchgoer? 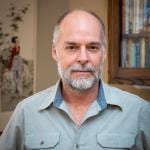 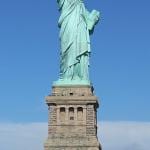 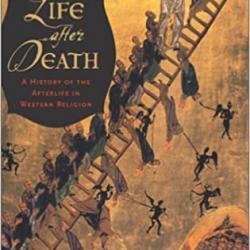