Looks Like the Devil Was Right August 20, 2020 Linda LaScola

Editor’s Note: Although I was never encouraged to actually believe the Adam and Eve creation story, I wish I had learned the version below the first time around.  It makes a lot more sense this way.  This tale was originally told here on the blog in August of 2018 by a former pastor with good imagination and a way with words. /Linda LaScola, Editor

The myth of Adam and Eve is not about history or science, nor was it intended to be a theological statement about the fall of humanity.  Rather, it was a story people told to entertain each other as they contemplated the meaning their humanity.

In the beginning, after God had made everything else, he made the most wonderful creature of all—a human being.  He named him Adam and he spent countless hours with his prized creation.  Together, they admired all the other things he had made. Sometimes, God even let Adam help tend the garden.

Everything was good except for one problem: Adam was lonely. There was no consoling his precious human, so God decided give him a companion.

First, God had Adam look over all the other animals to see if one of them would be a good match.  He even let Adam name each of them: moose, giraffe, porcupine, zebra, bonobo, etc.  But as wonderful as they were, none of them were good enough for his human.

So God decided to create another human, a woman this time, to be his companion. Her name was Eve, and she became his wife and they were very happy. They loved each other and played together and loved each other some more (wink wink).

Everything was perfect. Food was plentiful with every kind of fruit and vegetable within reach. It was all theirs to enjoy.

Except for one thing:

“You see that luscious looking fruit over there?” God said, “You can’t have it. It’s forbidden.  You can have anything else, but if you eat this fruit, you’ll die. So put it out of your mind. Don’t even think about how delicious it would be.”

Well, they couldn’t help being curious, especially the woman. One day she was looking at the tree with the special fruit, when the serpent approached her.

“Do you really think you’ll die if you eat that?” the serpent asked.

“Aw, it’ll never happen. That’s the tree of knowledge. You eat some of that fruit and you’ll know everything God knows. He just doesn’t want the competition. Go ahead, take a bite. You’ll see.  It’s delicious. You won’t die. In fact, you’ll be more alive than ever.”

She did and the snake was right. The fruit was delicious and Eve didn’t die. Furthermore, just like the serpent promised, she was immediately smarter, seeing things she’d never noticed before.

She gave some to Adam. He took a bite and had to admit it was very good. The power of knowledge came over him and like Eve he became more aware.

The first thing they both noticed was that they were naked.

“You don’t have any clothes on,” Adam said.

“Neither do you,” Eve replied.

“What are we gonna do?” they asked each other.

And then God came calling.

“Yoo hoo! Where are you guys?”

“Quick, hide!” they told each other.

After a long search, God found them in the bushes.

“Why were you hiding from me? God asked  – and Adam replied,

“Well, you see, God, we weren’t exactly dressed for company. We didn’t want you to see us naked.”

God said, “Wait! How did you know you were naked? Did somebody tell you? Don’t tell me that you ate the forbidden fruit!”

Adam said, “Well God, it’s like this.  The woman that YOU made for me disobeyed you and ate some and then she made me eat it too. And that’s when we realized we were naked.”

Yeah, it was pretty lame.

And she said the same thing we say today when we’re in trouble:

Of course, God was very angry with his humans after all he’d done for them.  He told them that he would no longer be running a bed and breakfast. From now on, they would have to take care of themselves.  Adam would see how hard it is to make a living. Instead of a little light gardening, he would have to go out and plow the fields, plant the seed, and harvest the food. And Eve would have to keep house, make the babies, and then raise them—she had no idea how exhausting and painful it would be.

“Now, get out of my garden!” he commanded.

And they did. They went out into the world with their newfound knowledge and with hard work they carved out their lives and raised a family.

And that, boys and girls, is why your parents work so hard and are always tired.

It’s interesting that the apostle Paul did the same thing Adam did and blamed Eve for all the trouble they got in.  Furthermore, Paul developed a theology about how Adam and Eve are to blame for humanity being utterly sinful and hopeless–a view Christendom still holds today.

But this is a story about humanity’s awakening, not its fall. It’s about growing up and learning to dress ourselves. We will never be content as someone’s pet penned in a garden. We will insist on reaching out to the unknown. We will always choose to take risks and work hard to advance.

And it all began with a woman who was curious and then shared her discovery.

Bio: David Mercer, aka “Stan Bennett,” was the “Stan” who was featured in the CNN documentary, Atheists: Inside the World of Non-believers and the Canadian documentary, Losing Our Religion.  David was a pastor for thirty-five years in Texas and Oklahoma until he quit and moved to Orlando, Florida, where he met and married his wife, Sylvia.  David is now fully out of the closet as an agnostic.  He is a life coach, a teacher, a storyteller and most recently, an “essential worker”. He is the author of the blog Deep Calls.  You can also find him on his Author Page on Facebook. 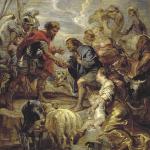 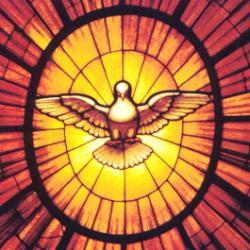 Spooky Moon Times
Halloween season got me feeling all monster-y.
view all Nonreligious blogs
What Are Your Thoughts?leave a comment
Copyright 2008-2020, Patheos. All rights reserved.