I’m Getting Out of THE WAY!

Editor’s Note:  Seems like everything reminds me of Donald Trump these days.  This may be a common malady less than two months before the election.  Reading this angry lamentation of a preacher six years ago who eventually did get out, actually helps me get through this stressful time. It could end!  It really could end! But if it doesn’t – OMG. Also, writing letters for Biden helps.  No door knocking this year. /Linda LaScola, Editor

I was listening to a woman on Christian radio who is a popular preacher–she likes to “tell it like it is.” She travels the world, and like other ministers, she peddles her verbal wares of spiritual insight.

In earlier years, I thought she was okay. I was never a fan but at least she didn’t scream and froth at the mouth like a lot of these performers do.  She’s not mean and she’s probably sincere.  There was a time in my younger days when I said similar things with my own emphatic “down to earth” style.

However, I’ve been coming to a slow realization and the woman on the radio sort of pushed me over a threshold to where things have suddenly become clear.  I see now that this woman, and most everybody else in the pulpit is serving up ignorant, unsubstantiated bullshit that remains bullshit no matter how much whipped cream is on top of it. It doesn’t matter if the preachers are nice and thoughtful, or hateful and ignorant, or articulate or stupid or sincere, or psychopathic liars.  It’s still bullshit.

It has made me sick.

I’m nauseated because I’ve been preaching the same things they have.  Oh, I’ve tried to be different and not to hurt anyone. I meant to be the reasonable, kind, and scholarly clergy guy.  But it’s really all about the same thing as the gal on the radio, or the holy hucksters on TV, or the Southern Baptist bullies on Sunday, or even the spiritual snake handlers (one of which died the other day), and I am sick to my stomach that I’m in the same profession as all of them.

I’ve been sick of this for years and said I was unhappy but I kept at it. But I’m saying it clearly after dancing around this thought for years: I’ve made my living by propagating delusion, living in the same holy land of make believe, thinking I was distinguishing myself by debating minutia with the other religious leaders while still under the same tent of delusion.

I’ve sincerely wanted to help others with their difficulties. And I’ve tried to keep people from being too harmed by religion, while helping them through their personal difficulties.  Most people would call me gentle and healing.

But I’m a preacher and I stand up and sell this crap every Sunday. I may be sweet and even loving, but it’s all still crap.

At this moment, I want to run away.

No wait. I don’t want really want to run. I want to fight!

I want to start by standing up to shout that NONE OF THIS CAN BE TRUE! 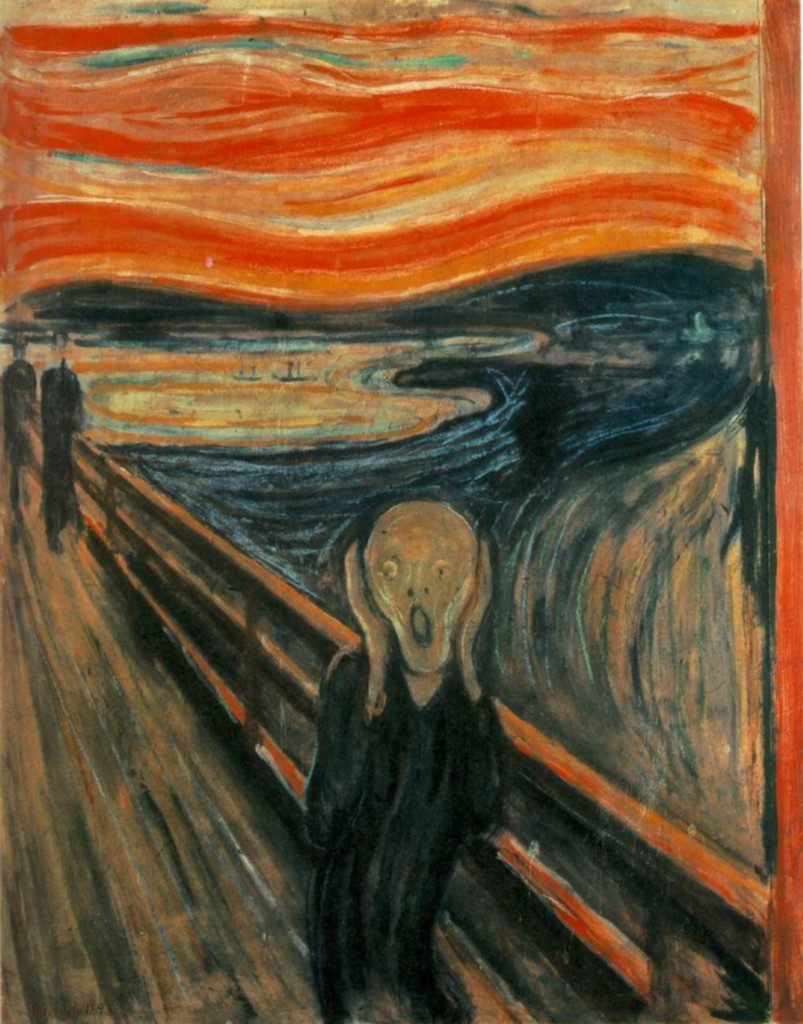 I want to sweep my desk clean of all religious paraphernalia and let it fall to the floor where I can stomp it into oblivion.  I want to overturn the bookcases and rip the religious tomes into tatters. For some reason I can’t quite explain, I want to go to all the doors in my house and smash through them and stomp them into pieces too.

I’ve been part of a culture of lies. I’ve made my living by perpetuating it and keeping people stuck in silly superstitious delusions.

I’ve got to make it up to them. I’ve always said I stood on the side of truth and healing.  I’m still going to do that. I will help show people the way… OUT.

But first, I have to get out myself. I’d do it right now but have lived and made my living in this culture for so long that I am dependent on it. I have no other support system in place… yet.

I’m like the battered woman who needs to leave her husband, but can’t because she’s isolated and trapped in her own home, and has no money and no means to make money apart from her oppressor.  I’ve counseled them to wait long enough to get a plan to escape.  That’s what I’m going to do.  So I have to live here a little while longer while I make my plan.

Christians call themselves seekers. That’s still a good word for me. I’m a seeker. I’m seeking The Way — OUT.

**Editor’s Question** How hopeful are you that the US will start to get better instead of worse?

Bio: David Mercer, aka “Stan Bennett,” was the “Stan” who was featured in the CNN documentary, Atheists: Inside the World of Non-believers and the Canadian documentary, Losing Our Religion.  David was a pastor for thirty-five years in Texas and Oklahoma until he quit and moved to Orlando, Florida, where he met and married his wife, Sylvia.  David is now fully out of the closet as an agnostic.  He is a life coach, a teacher, and a storyteller. He is the author of the blog Deep Calls.  You can also find him on his Author Page on Facebook. This is reposted with permission from a formerly secret blog he had while still in the clergy.