An Unstable Story:  A Child Still Left Out in the Cold by the Church

An Unstable Story:  A Child Still Left Out in the Cold by the Church December 21, 2020 Linda LaScola

Editor’s Note: Perhaps it is because the author was himself born on Christmas day that, even as a non-believer, he ponders how Jesus would react to what “his” church has become. /Linda LaScola, Editor

The dilemma of the modern Church could be presented in one startling question:

Would Jesus himself recognize anything in a church service including the rituals, prayers, hymns and perhaps especially, the leadership?

The building itself and the “symbols of faith” would no doubt confuse him.  Would he see himself in the pictures and portraits?  Would that make him laugh or sigh?  These questions may be shocking to some, but if true—and I think it is— it begs the question: what is the Church, Christian faith and ministry itself?  If Jesus wouldn’t join (and might not be welcomed as the homeless Palestinian Jewish radical rabbi he was), then where does this leave “His Church”?

Some might agree he wouldn’t recognize the church—especially the “furniture of faith,” as I sometimes put it—but he would clearly know the central sacrament of the Church:  Communion (Mass, the Lord’s Supper, the Eucharist).  And yet — his last meal with his student-disciples was a Seder dinner, the Jewish celebration of liberation from Egypt in centuries past. 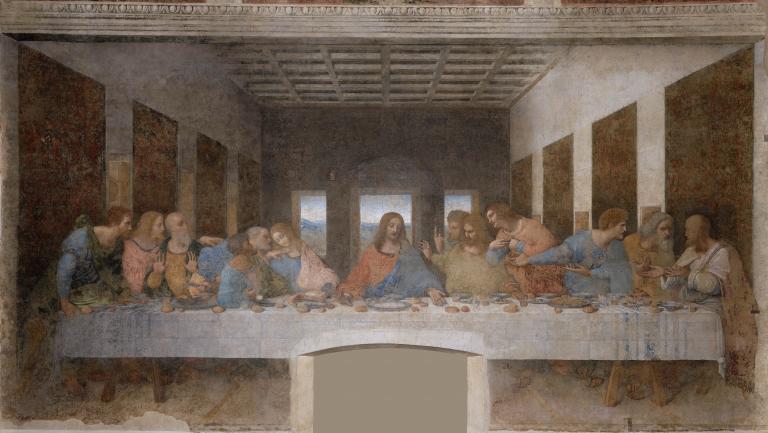 According to the Gospels (enhanced later by Paul and thousands of years of tradition), Jesus made that one Seder about him and his impending death.  They say he took a cup of wine and said it was his blood, took unleavened matzo bread and said it was his body.  His point?

Nothing magical or “spiritual” about that.  Many couples I marry, when they share a glass of wine, say essentially the same thing in their wedding ceremony.  It’s an invitation for intimate friends to feel connected, related, a part of the story.  And if a loved one is dying, the symbolism is particular meaningful.

Was Jesus upstaging the Passover; even eliminating it?  Or could this story have been told by early Christians to show that the “old Jewish ways and beliefs” have been replaced by a better faith—the Christian way, the Story of the Christ?  This is certainly the main tenet of Paulianity.

In my mind, every “celebration of communion” is a statement of the superiority of one religion over another, a greater story supplanting a lesser one.  In fact, it proclaims “The Greatest Story Ever Told.”  I’m not saying this is conscious at all, yet it should be understood that one powerful tribal story (the Exodus) was replaced by another tribal story (the Jesus Story).  In fact, one religious teacher (Jesus) became the new Moses, and the less important Seder meal was left behind for “the Jews.”  Crumbs from the sacred table.

Every December 25th, which happens to be my birthday, I self-reflect and become more circumspect.  I can’t shake the strangeness of the tragic story of a Christ Child that the Church can’t wait to crucify—a magical tale that begins with the massacre of innocent babies, a migrant family running for their lives across a border, only to return to their homeland to offer the blood of their child for the redemption of the world.  It’s really quite an awful tale.

Every Christmas, hymns and carols are sung about a savior come to “save his people from their sins.”  He was sent “to ransom captive Israel.”  Stories are read from the “Old Testament” (Hebrew scriptures) that are claimed as prophetic foretelling of a Shepherd who will “lead his flock” and “the people who lived in darkness” will see his light.

“A virgin shall conceive” and give birth to “Emmanuel”—“God with us.”

A new King David has arrived to usher in a new kingdom ruled by King Jesus and His Church. The entire Jewish narrative has been deleted, coopted for a Christianized Christ.  Honest biblical scholars, both Jewish and Christian, have pointed this out for a long time.  Why don’t more people in the pews know these things?  Why don’t their teachers and leaders present the whole truth and nothing but the truth?  Maybe the “Truth” prevents it?

As a former minister, I’ve thought about these things for decades.  I was studying the Bible fervently a half century ago (stuns me to write that), seeking to “serve the Lord” and preach the “good news” to anyone who would listen—and some who wouldn’t.  I eventually got ordained as a “Minister of Word and Sacrament” in the Presbyterian Church U.S.A.   Not finding a pastoral position where I could be involved in community service, working for the justice and inclusive compassion I believed Jesus called me to, I ventured into chaplaincy.  Though I was technically a minister, and served as a Parish Associate for ten years in a church, it felt more natural to serve as a chaplain.  Over the years I was much prouder to be “Chaplain Chris” than “Reverend Highland.”

In the early years of chaplaincy I believed I was “serving Jesus” in the vulnerable people locked up or locked out (in jail or homeless).  I came to a disturbing conclusion:  I was serving people the “Church of Jesus” neglected or refused to serve.  One pastor publicly proclaimed,

“Chaplain Highland is doing the work of Jesus in our community.”

I was humbled, yet more deeply disturbed.  Who was my community?  Where was my “church”?  Some stood with me; most did not.

This word “service” calls for deeper reflection.  It is recorded that Jesus taught his students:  “The greatest among you must be the servant of all.”

This appears to be one origin for ministry, and “the” ministry—ordained to serve.  In one story, Jesus gets down on his knees and washes the feet of the disciples to show them the meaning of service, servanthood and ministry.  Though much is no doubt legend, he touched the untouchable and healed some, but not all, people he came in contact with.  For the most part, the Christian Church eliminated these humble acts of helping in favor of other, more tasteful and “spiritual” acts of service.  Going to “services” and “serving God” became more proof of devoted belief than acts of kindness serving humanity.  It became much easier to have “special servants” with degrees and robes and respectable positions to be “revered,” with the exclusive power to bless and “offer” “sacraments”—holy dispensations given in precious silver behind fenced off altars to the unworthy made worthy through their weekly confessions of their unworthiness, verified and sanctified by God’s Ordained Servants.

I ask again:  Where is Jesus?  To me it became very clear very early in my career (since a “career” is not the same as ministry, that is, following Jesus)—this was the question to ask:  Where is the Christ Child who grew to be the paragon of servanthood? 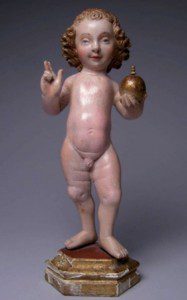 I rarely saw, felt or heard Jesus in the Church.  How can this be, I asked myself.  Was the Church, and Christianity itself, “His” in name only?  Nailing up a photo of a famous face over a doorway doesn’t guarantee what happens inside has anything to do with that person.  Naming a building and its members “The First Church of Christ” doesn’t mean it really has any relationship to Jesus of Nazareth.

“I have sometimes thought that, in order to be a good minister, it was necessary to leave the ministry.”

And so he did.  Emerson walked out of the pulpit once occupied by his father and grandfather.  The last straw?  The Last Supper.  He could no longer in good conscience lead his parish in an ancient ritual dinner that had lost its meaning in the contemporary world.  Emerson walked out of the church to walk into a new form of “ministry,” service—writing, lecturing, speaking out for abolition and exploring out beyond the supposed limits of the human mind.

Faced with who is left out today, those children shivering in the cold, swaddled in insecurity, crying out for a safe and stable life, most of the church and its ministry passes by and hears only a sweet carol from angels in the wind.  Who are the wise ones who will risk all to journey out to the outsiders, bringing them gifts that include respect, dignity, opportunity, and justice?  Who are the shepherds who refuse to be sheep?

Of course, all this is to say, if a messiah was born today, this month, this Christmas (or any other day), the Church might be the last to notice.  Needless to say, Jesus would still be left outside, an outsider among outsiders, and so he was, and remains.

Most of all, in a post-Church, post-Ministry world, can we stand aside and let the children who have beaten the odds, who have found their voice, their power, their own gifts, come forward and lead the way?  Perhaps we might finally understand who the real ministers are, the actual saviors of humankind.

“People who have walked in darkness have seen a great light.”  Isaiah 9:2

And we are those in darkness; we are those in need of light.  Light not from one manger in one stable, not from above, but from the dark and forgotten corners of a world waiting expectantly for us to enlighten ourselves.

**Editor’s Question** Adapting the question that the author posed near the beginning of this essay: What, if anything, do you think Jesus would recognize in a modern church service? (e.g., rituals, prayers, hymns, leadership) and how do you think he’d feel about it? 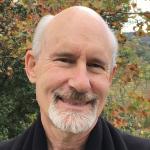 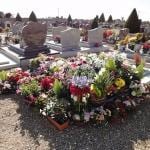 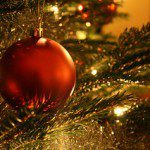