If Christianity doesn’t matter, why bother with it?

If Christianity doesn’t matter, why bother with it? December 7, 2020 Linda LaScola

Editor’s Note: The subject of the post is a variation of a question I often got when Dan Dennett and I first embarked on our study of non-believing clergy:  Why do you care so much about this?  Lots of formerly religious people – clergy or otherwise and Christian or another religion – probably have their own answers to this question.  /Linda LaScola, Editor

Bruce, If Christianity doesn’t matter, why do you bother with it?

When Christians want to turn the United States into a theocracy, it matters.

When Christians want their religion to have preference over any and all others, it matters.

When Christians demand atheists and agnostics be treated as the spawn of Satan, it matters. 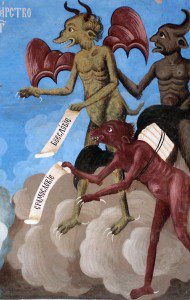 When Christians attempt to teach religious dogma as scientific fact in public schools, it matters.

When Christians attempt to force their religious moral code on everyone, it matters.

When Christians attempt to stand in the way of my pursuit of life, liberty, and happiness, it matters.

When Christians abuse and molest children in the name of their God, it matters.

When Christians wage wars thousands of miles away in the name of their God, it matters.

When Christians mentally and emotionally abuse people, it matters.

When Christians expects preferential treatment because of whom they worship, it matters.

As long as Christians continue to force themselves on others, and as long as they attack and demean non-Christians, it matters.

As long as pastors and churches get preferential tax code treatment, it matters.

As to whom you worship and where? It doesn’t matter.

As to what sacred text you read and follow? It doesn’t matter.

I want all Christians to have the absolute freedom to worship their God.

And I want that same freedom to worship another god, or NOT worship any God.

And as long as that courtesy is not extended to me and to every human being on the earth,

**Editor’s Question** What about Christianity, or another religion, matters to you, and why?

December 10, 2020 On Ignorant Critics
Recent Comments
0 | Leave a Comment
Browse Our Archives
get the latest updates from
Rational Doubt
and the Patheos
Nonreligious
Channel
POPULAR AT PATHEOS Nonreligious
1