Were you glued to the tube yesterday?  I was. 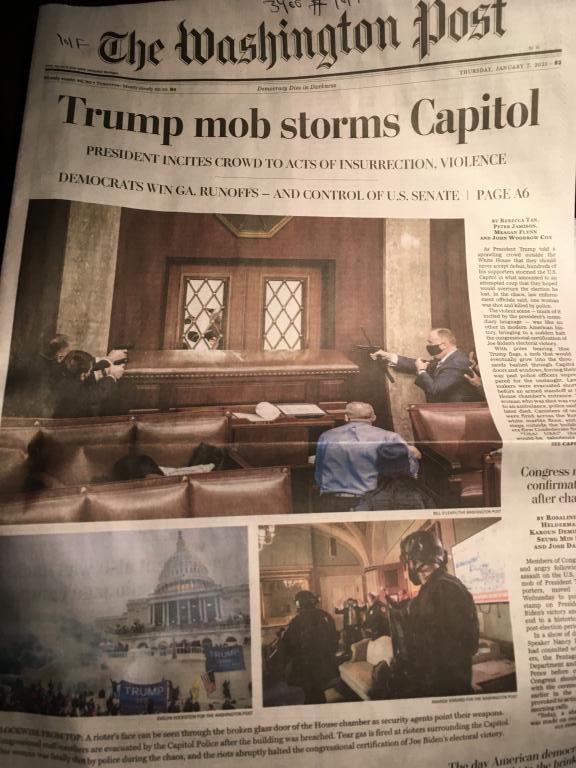 It was hard to believe what was happening at the Capitol, even though our soon-to-be-gone President certainly encouraged such bad behavior – officially questioning the outcome of the presidential election, which he lost, fair and square.

The US Capitol is not just a building across town, four miles from my home. 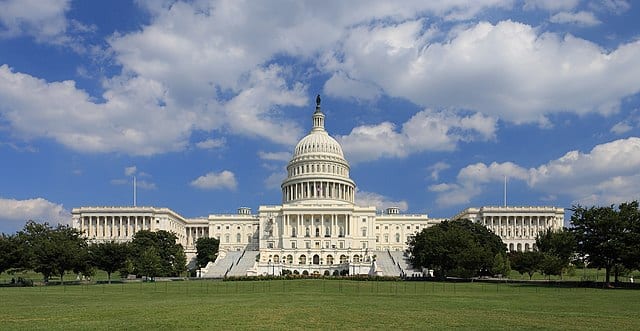 It’s where I worked as a tour guide for five years while attending graduate school.  The guides’ “office” was the Rotunda, where the tours began.  Whenever a deceased national hero was lying in state there, we guides got the day off.

Although the repetition of the job drove me nuts after a while, it was wonderful being in the middle of things.

Yesterday’s events were nothing like anything I’d experienced as a Capitol guide in the 70’s.  More than anything, it reminded me of 9-11, with the curfew and the sirens that could be heard across town in my neighborhood.  I took a  walk that day too; marveling at the long, slow line of traffic, all headed in one direction – out of town.

This pandemic year, 20 years later, the streets were empty.  Most people were already working from home, watching the events unfold on TV or plugged into earphones like me.

Once home, Art and I – like so many other people around the country and the world, watched on TV as Senators McConnell, outgoing Senate Majority Leader and Chuck Schumer, incoming Majority Leader, (thanks to Democrats winning the two run-off Senate races in Georgia) both spoke eloquently about the horrible day’s events and the need to honor our democracy.

I told my startled spouse.  The very sight of McConnell being humble for once was enough to move me to tears.

Then we heard Nancy Pelosi, Democrat, Speaker of the House, when she recited the St. Francis prayer, on that day, January 6th, which also happens to be the Feast of the Epiphany. 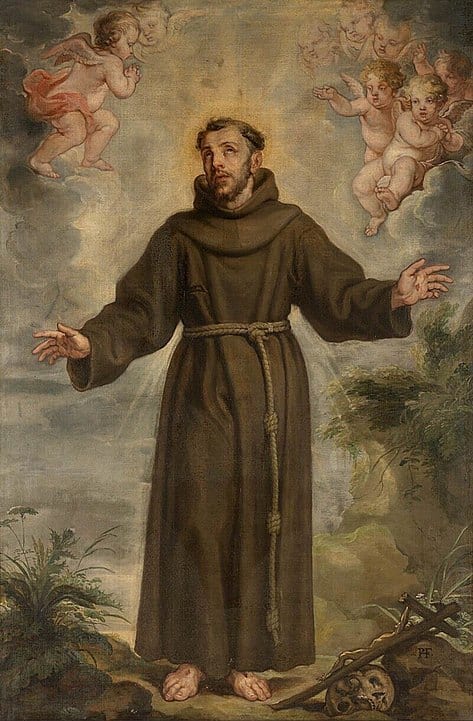 These are excellent thoughts, even for those of us who don’t believe in saints.   Except for the reference to “Lord”,  St. Francis sounds like a humanist.

Leaders at the National Cathedral also spoke out eloquently in a videotaped statement.

“Mr. President, there has been no fraudulent election. You called your supporters to our Capitol, you fed their wild fantasies and conspiracy theories, you whipped them into a frenzy; this is not acceptable,”

“Let us be clear to those who see this as a Christian endeavor, or something to be blessed in the name of Jesus, there is nothing Christian about what we are witnessing today. Nothing.”

“You have succeeded in that you have been seen and been heard. You have made your point. Now lay aside your violence, give rest to your anger and go home. Violence is not the answer. It does not aid in your crusade.”

**Editor’s Questions**  How did you spend yesterday?  What do you make of all this? 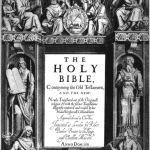