How (and Why) Americans were Taught to Hate Atheists

How (and Why) Americans were Taught to Hate Atheists February 8, 2021 Linda LaScola

Editor’s Note: Here is an excellent look back at how hate for atheists grew – or I should say, was orchestrated – in the US.  I actually remember it well, as a child, not really knowing, or caring, what atheism was. However, it was clear that it was something very bad, that was backed by a very bad woman, Madalyn Murray O’Hair, who was hardly the 50’s ideal of American femininity. 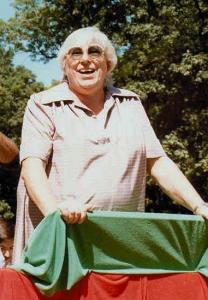 The following blog post, originally published, 1/10/19 on the author’s LinkedIn page provides detail of the massive effort to malign atheism that people of that era were not aware of as it was happening, and that too many people of this era have never learned about.  /Linda LaScola, Editor

The True Story behind America’s Demonization of Atheism

If you asked Americans to list the most negative labels to give someone, “atheist” would probably be on that list. For the majority of Americans being an atheist is akin to being amoral and un-American. Growing up, that’s certainly the message I got. Sunday School made it clear that atheists were bad, Godless people.

What most Americans don’t know is that if you grew up in the 50’s or 60’s you didn’t need to attend Sunday school to be taught to fear and hate atheists. Because in the early 50’s the US government initiated a massive, multi-pronged, multi-year campaign to demonize atheism — and it worked very well.

The 1950’s were the height of The Cold War when the omnipresent threat to America was Communism. As the fear of Communism and the Soviet Union grew stronger, President Eisenhower felt the need to do something big to help unify and bolster the country. 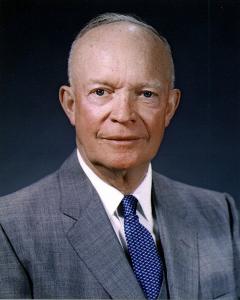 Demonize Communism by demonizing a main tenet of Communism: Atheism.

The idea was to make the ‘US vs. Soviet Union’ a Holy War and to draft God as America’s #1 Commie Fighter.

As if all that wasn’t enough, the Administration teamed up with The Advertising Council, the major religious institutions and corporate America to create something called the Religion in American Life campaign. With an annual budget of 200K (over $2M in today’s dollars), the campaign goal was to encourage Americans to attend church. It was a well-coordinated, unified effort that in 1956 alone included the following:

In addition, movie theaters ran public service announcements imploring the public to “Attend the church of your choice next Sunday.”

It’s fair to say that during the 50’s nothing in America was marketed better than God, and nothing was demonized more than Communism and atheism.

Evidently, the end of the Cold War and the passing of 60 years has not softened America’s attitude toward atheists. According to a 2016 University of Minnesota study, Americans have actually sharpened their negative views. It showed that atheists are still perceived as cultural outsiders who “have rejected cultural values and practices understood as essential to private morality, civic virtue, and national identity.” They were chosen “the most disliked religious minority” in the U.S. Clearly, Eisenhower and company embedded an anti-Atheist cultural bias that still remains strong today.

Yet, in one religion-related sense Americans are becoming more tolerant. When the same survey asked if it’s a bad thing that increasing numbers of Americans claim no religious identity, 60% of the respondents said that it’s either “a good thing” or “neither good nor bad.” And, while most Americans still have a problem with atheists, more Americans are actually becoming atheists. A 2014 Pew Research study reports that the number of Americans who identify as atheist doubled in the 7-year period from 2007 to 2014. And now, for the first time ever, “Nones” (no chosen religion) have become the largest “religious group” in America. Even clergy members are increasingly coming out as atheists as reported by Daniel Dennett and Linda LaScola who published their initial findings in 2010. The award-winning documentary “Leaving God” (2017) which explores these shifting attitudes can be viewed online for free. 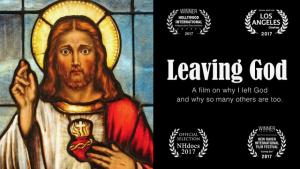 Unfortunately, most biases, be they racial, gender-based, sexuality-related, or religious, tend to die hard, which is why it’s so important to continue having open forums to help educate and enlighten the public.

Bio: John Follis spent a 30-year career on Madison Avenue creating award-winning ads. Now he’s creating award-winning films. His latest documentary “LEAVING GOD: Why I left God and why so many others are too”  won a “Best First-Time Filmmaker” award from the Hollywood International Independent Documentary Film Festival.  He wrote about the film on this blog on 9/20/18. 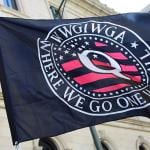 February 11, 2021 My Materialistic View of the World
Recent Comments
0 | Leave a Comment
Browse Our Archives
get the latest from
Rational Doubt
Sign up for our newsletter
POPULAR AT PATHEOS Nonreligious
1