How NOT to Convince Us About God

How NOT to Convince Us About God February 25, 2021 Linda LaScola

Editor’s Note: Have you ever noticed how many crazed people think they are in direct communication with an unearthly being, whether it is someone from outer space, a dead person or “god”?  When the object of such communication is a dead person or a space alien, the first assumption is that the person is crazy.  But if it’s GOD, the communicator is likely to be taken seriously. Why is that?  /Linda LaScola, Editor

I never, ever visit Christian websites or blogs to advocate atheism; I don’t invade the online space of any religion. I’ve always thought this would be a waste of time and keystrokes—but moreover, it would be bad manners: it would be like walking into a church on a Sunday morning to argue with the preacher. Bad manners. I don’t want to be a troll.

Whom do we hope to reach—and achieve dialogue with—here on the Debunking Christianity Blog [and the Rational Doubt Blog]? There are many people who are already secular, and who can benefit from getting additional insights as to why and how Christianity is incoherent, and falls so far short of making sense. And there are Christians who might be considered borderline. I’ve always suspected that Christians exist on a spectrum.

There are some who are locked in—since they were toddlers—heavily invested emotionally in the Christian message, such as the woman I met a few years ago who was determined to hold on to her faith, no matter what, because she wants to see her mother again in heaven. It would take a lot to get her to budge. Let’s rate her a Number 10: utterly resistant to reasoned argument, logic and evidence.

I suspect that many Christians don’t rank that high. There are others who wander in and out of their congregations, reciting the creeds and singing the hymns—maybe under pressure from a spouse—but nonetheless enjoying the fellowship. When a doubt springs to mind, however, it may seep in and be hard to dislodge; they tend to think about—even stew about—the tough questions that come up even in Sunday school. Personal tragedies that faith fails to explain can also play a corrosive role. Quite a few of those below the 10-rank slip away and admit that they are actually “nones”—they no longer claim any religious affiliation.

But let’s face it: those No. 10 Christians not only won’t budge, they are sometimes aggressive; they become missionaries—or trolls. In a recent article, A Tsunami of Christian Hate, I described the misfortune that befell an evangelical prophet, Jeremiah Johnson, when he apologized for falsely predicting that Trump would be reelected. He was shocked by the hateful reactions from his Christian followers.

However, what I noticed above all else in Johnson’s apology, was his failure to assess his epistemology. How did he know from God that Trump would be reelected? How did he know that God had anointed Trump in 2016? —Which he didn’t disavow. John Wesley was sure of God’s presence when he “felt his heart strangely warmed.” But that’s not good enough. I’ve often said that what you feel in your heart isn’t evidence of God; it’s evidence of what you’re feeling. Prophet Johnson felt enough in touch with God to be sure that Trump was the divine choice in 2016, but of course many other Christians didn’t get that message at all in their deepest prayer experiences.

Dan Barker described this state of confusion more broadly in his 1992 book, Losing Faith in Faith: 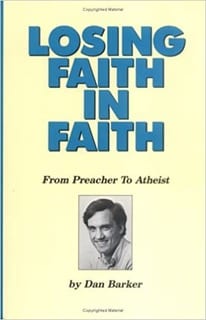 “Believers regularly take opposing views on such matters as capital punishment, abortion, pacifism, birth control, physician-assisted suicide, animal rights, the environment, the separation of church and state, gay rights and women’s rights. It might be concluded from this that there is either a multitude of gods handing out conflicting moral advice, or a single god who is hopelessly confused.”

Or the supposed sources of god knowledge are flawed, illusory. It’s nice, it’s convenient—and people are impressed—when the prophets and preachers claim insider information about God. But rarely are followers curious about how such information is attained. Nor do the prophets and preachers themselves doubt the reality of the inner voice of God they experience. In my previous article, again I stated fundamental criteria for evaluating God claims:

“…please, theists, show us where we can find reliable, verifiable data about god(s)—objective evidence—the hardest part of which is this: all theists must agree, ‘Yes, that’s where to find it.’ This, of course, is where theists fail to make their case: they cannot agree on whose prayers, visions, meditations, scriptures, revelations are authentic.”

This is not complicated or unreasonable, right? How can we determine which Christians got the right message from God about Trump?

Please tell us how you know. We also need to be sure which Christians are right about the long list of issues that Dan Barker mentioned. So, please explain your epistemology:

How do you know?

We’re not happy when we get smartass answers.

It’s far too serious for that: claiming to speak for God. Yet, in response to “where can we find reliable, verifiable data,” the relentless troll on this blog, Don Camp, responded:

“It is a personal encounter with God. It needs no objective verification.”

This is the scam that religious bureaucrats and theologians have practiced for centuries: We know because we’ve been in touch with God, so just trust us:

“Blessed are those who don’t ask for evidence.”

Religion is such a hopeless mess throughout the world—so much disagreement and violence—because countless prophets and preachers have proclaimed “truth” derived from “personal encounters” with God. Christianity itself has fractured endlessly. This keeps happening because no one asks for verification; no one asks,

Here’s a headline that caught my attention this week:

“Joshua Black, Alabama man seen breaching Capitol, said he was led by ‘spirit of God.’” In which we read:

“I just felt like the spirit of God wanted me to go in the Senate room, you know. So I was about to break the glass and I thought, no, this is our house, we don’t act like that. I was tempted to, I’m not gonna lie. Cause I’m pretty upset. You know? They stole my country.”

He said once inside, he praised the name of Jesus on the Senate floor, adding that was ‘God’s goal.’

So was this a genuine “personal encounter with God”? “I just felt like the spirit of God wanted me to go…”

Certainly even many Christians would say he got it wrong: he didn’t have a “personal encounter with God” at all. Where do people learn to think like this? Church and Sunday school would be good bet, where—under the tutelage of faith-experts like Don Camp—they do not learn the importance of “objective verification.” Another headline, on Hemant Mehta’s The Friendly Atheist blog, caught my attention this week, on Inauguration Day:

These Christians All Predicted Trump’s Second Term. God Must Have Lied to Them.

What other conclusion can there be if they had “personal encounters” with God? More than fifteen prophets are cited (there’s video footage) who were certain—based on hearing directly from God—that Trump would be reelected. Mehta’s conclusion:

“Today seems like a perfect day to point out they were wrong. And that their God-given assurances were fraudulent…It’s a reminder that no one should trust anyone who claims to have a direct line to God.”

Obviously, that God “lied to them” is not an option these devout folks would tolerate, so then the problem must be on the receiving end: No one should trust anyone who claims to have a direct line to God.

But oh dear, Don Camp apparently won’t hear of that either: no objective verification is needed for “personal encounters with God.” This justification for theological certainty is appallingly shallow and naïve. Yes, it’s a smartass answer, a frivolous one. If he’s serious about this, then Robert Conner’s response to him was appropriate:

“Don, I think your cognitive decline is past the diet and exercise point. Might want to ask your doctor if Aricept is right for you or perhaps get enrolled in a research study of dementia. Or you could just stop reading the Bible.”

Indeed, the Bible doesn’t help here at all. In this ancient document, God speaks to people though burning bushes (Moses, of course), from water vapor, i.e., clouds (Jesus during his transfiguration), and hallucinations (the visions Paul bragged about). Is that the way things work, really? Our universe is vast beyond the imaginings of ancient humans who wrote their naïve musings about God in the Bible. They took for granted that he’s not too far overhead and capable of knowing what we’re thinking. So it’s hardly a surprise that people nurtured on the Bible can feel “personal encounters with God,” without even questioning if they’re talking to themselves!

From the time they’re toddlers, the devout get this naïve of God, but valuable knowledge about the Cosmos is skipped, overlooked, ignored. I also mentioned in my article last week the discovery by astronomers that, peering into deep space; the bowl of the Big Dipper encloses about a million galaxies. There are hundreds of billions of galaxies and trillions of planets. Yet Christian certainties about God entail that he monitors the thoughts of seven billion humans, and has open communication channels with those who offer their advice on how to conduct his business—and that he approves acts of terrorism. Well, at least that would help account for massive acts of Christian terrorism, e.g., the Crusades and the Inquisition.

Don Camp is wrong—absurdly, dangerously wrong—that such “personal encounters with God” need no objective verification. It’s hard to grasp his reasons for continuing to troll, especially since once again, he has destroyed his credibility.

**Editor’s Question** To those of you with religious pasts: did you ever think that God was talking directly to you?  If so, what did he say and how did you react to it?

Bio: David Madison a Clergy Project member, was raised in a conservative Christian home in northern Indiana. He served as a pastor in the Methodist church during his work on two graduate degrees in theology. By the time he finished his PhD in Biblical Studies (Boston University) he had become an atheist, a story he shares in the Prologue of his book, published in 2016: 10 Tough Problems in Christian Thought and Belief: a Minister-Turned-Atheist Shows Why You Should Ditch the Faith. This blog post is reprinted with permission from the Debunking Christianity Blog. 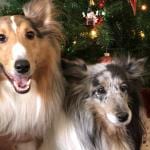