My Materialistic View of the World

My Materialistic View of the World February 11, 2021 Linda LaScola

Editor’s Note:  What I find most appealing about this essay, is the writer’s easy acceptance of other people’s beliefs as he lays out his completely materialistic views.  Perhaps the attraction is that I think I’m heading in that direction and would like to get there sooner.  For instance, it’s hard to understand how people like Nancy Pelosi and Joe Biden can be “devout”, practicing, praying Catholics while supporting abortion rights. However, as long as their religious beliefs don’t interfere with others’ rights, it really shouldn’t really matter, right? /Linda LaScola, Editor

This is a personal reflection.  As most members of the blog know, I have definite religious views, but I do not try to impose them on other people – unlike in my conservative evangelical days, when I knew I was right and everyone who disagreed was wrong and therefore better change their mind or they would go to hell forever.  Sigh.

As a side note, I have to say I really wish more people had my current attitude, to live and let live.  My view is that whatever your view is, so long as you’re not actually hurting yourself or others, you’re welcome to it.  Or, in basketball parlance,

It’s when views get hurtful that we should try to do something about it….

Anyway, as probably fewer members know, I have been more-or-less a complete materialist for about twenty years.  I do not believe there is such a thing as a non-material, supernatural realm.  There’s the material realm, and that’s it, all the way down.

When I say more-or-less I should clarify that over the past few years I’ve become “more.”  And I’ve been thinking a lot about that in relation to one of the things that matters to us most: what it means for us to be human.  Or to put it another way, what exactly *am* I?

I used to think that we are (I am) made up of two things: a body and a mind/soul/spirit/whatever you want to call it.    I don’t think that anymore.  Maybe I’ll change my mind again later.  That’s the nice thing about an open mind that seeks the truth: you can change your mind if you think the evidence points you in another way.

As another side note, I really, really, really wish more people would come to see that evidence matters, and that you should have reasons for what you think.   You don’t (or at least shouldn’t) think something just because someone else says it, or because someone says it and you would like to think they are right.  You need to have *reasons* for thinking something.  And you shouldn’t mold the reason/evidence to fit what you *want* to think, otherwise it ain’t a good reason and it ain’t evidence.

So maybe I’ll change my view again later. Maybe I’ll come again to think we do have a mind outside our brain, and that we are made up of two things.  Or I’ll revert to my views as a fundamentalist, that we are three things: body, soul (with which we have a personality that relates to other humans), and spirit (with which we communicate with God).  Or maybe I’ll think we’re made up of seven things – it’s a perfect number!  Or….

But for now, I think I am made up of one thing.  Matter.  I’ve got (by my count) one body, eleven organ systems, 79 organs, roughly 37 trillion (count them!) cells, and god knows how many molecules.  And nothing else.   If some of those cells die – well they die all the time.  If enough of them die in one place at one time, it could be a problem.  If one of the organs goes kaput, it could be a very big problem.  If one of the vital organs goes, as we used to say in high school, it’s cookies.

This materialist view creates enormous conceptual problems that I wrestle with all the time.  If I am just matter, nothing else: how do I have any consciousness?  How do I *think*?  How do I appear to make independent judgments and decisions?  How do I seem to be able to do something?  Who is doing it if there is no me within the body, no separate functioning will inside the brain?  How can molecules have a will?

I have an answer for that:

Philosophers wrestle with this problem ALL the time, as you probably know.  Some of them think they do know. 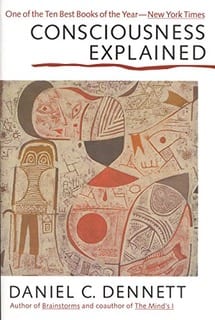 Even so, it is increasingly surprising to me that so many people think that if a materialist explanation cannot explain why we have consciousness, can think, and appear (appear!?) to have free will (or at least it sure *seems* like we have free will; I am after all deciding what to write here somehow) that if a materialist explanation doesn’t know how to explain that, then it can’t be right.  And that therefore there must be a spiritual realm out there.  There must be non-material entities that influence us.  There must be supernatural realities.  There must be a God.  Otherwise we can’t explain it.  And my response is:

OK, so here’s the deal.  I don’t know how 99.99% of reality works.  Let’s get basic here.  I don’t know how my microwave works.  When I realize I actually don’t have a clue about how it works (except in the most basic layperson’s way) I do NOT therefore conclude any of the following (these are some of the options) (a) The microwave does not work; (b) It can’t work; (c) Some supernatural power must make it work; (c) There is a God.

I don’t conclude these things because there is in fact a material explanation for why/how my microwave works.  I just don’t know what it is.  Other people do know.  What if no one knew?  It would still work, even if we didn’t understand how.

“Yeah, but what it means to be human is *really* different.”

I used to think so as well.  I don’t any longer.

Here, for me is the irony.  Let me get back to the Trinity.  Thoughtful Christian believers (as opposed to those who don’t actually think much about it) realize that there are elements of faith that simply cannot be explained rationally.  If they say everything had to have a beginning so God must have created it, they cannot explain where God came from.

“Well, he was always there.”

But you just said *everything* had to have a beginning.  So God must too.

Right, but that means that everything does NOT have to have a beginning.  And if you say that God is that thing, why can’t I say that something else is that thing (e.g., the potentiality of matter, space, and time).

“Well, because you can’t explain it.”  But either can you.

OK, why is your mystery obvious and acceptable but mine completely unreasonable?

Some people say they don’t have enough faith to be an atheist.  I completely reject that argument.  It is not about having enough faith.  It’s deciding what you think is most reasonable given what else you know.  Is the religious faith you were raised with, either in your family, or from your culture and environment, *probably* the ultimate truth about ultimate reality?  I used to think so.  At the time I thought I just happened to be one of the lucky ones, raised in Christian context, because I had the truth.  Good for me!  But those poor souls in China.  Too bad they have to roast in hell…   But hey, I have the truth!

My point is that those of us raised to think and believe one way ought at least to be open to examining what we think and believe to see if we really have reason to do so.  I now don’t think I have good reason to have Christian faith.  The world is material.  Rocks, cacti, squirrels, my dog Nina, and me.  It’s hard to get one’s mind around.  I don’t understand it (well, the “me” part of it, anyway).  But there it is.

You don’t agree?  Fair enough!   As I said, I have no reason really to want you to share my views on the matter.  No harm no foul!  Live and let live!

Whatever you believe and think, I hope we can make common cause.  Life can be good.  We should enjoy it while we can.  If there are those who are not enjoying it – if we know of others who are in fact suffering – we should do everything we can to help them.  Our human existence is precious.  Nothing we think or believe should endanger it or afflict it.  Instead we should do all we can to make this life better, for ourselves and others, whatever we believe.

Bio: Bart Ehrman is the James A. Gray Distinguished Professor at the University of North Carolina at Chapel Hill. He came to UNC in 1988, after four years of teaching at Rutgers University. At UNC he has served as both the Director of Graduate Studies and the Chair of the Department of Religious Studies. 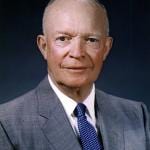 February 8, 2021
How (and Why) Americans were Taught to Hate Atheists
Next Post 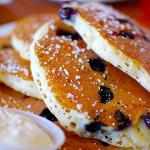 February 15, 2021 Ashes: An Awkward Imposition
Recent Comments
0 | Leave a Comment
Browse Our Archives
get the latest from
Rational Doubt
Sign up for our newsletter
POPULAR AT PATHEOS Nonreligious
1