Non-Believers – Who Are They and What Will Become of Them?

Non-Believers – Who Are They and What Will Become of Them? March 8, 2021 Linda LaScola

Editor’s Note: Here is a blast from the past – an essay first posted here in May of 2014, demonstrating some of the differences between liberal and fundamentalist clergy.  These differences persist seven years later. In fact, I’d say they are more pronounced, as fundamentalism has become more entrenched in the US.  This is thanks to our recent past President, who while not professing any fundamentalist beliefs (I think he’s an atheist), has successfully used them to his own nefarious ends.  Then there are Q-Anon and other conspiracy theory purveyors that blend easily with fundamentalist thinking.

Liberal clergy, who are not bound by biblical inerrancy, can have variant religious beliefs and interpretations and still be accepted in church life. The writer is a frequent commenter on this blog and a former UCC campus minister who participated in the Dennett-LaScola pilot study of non-believing clergy.  He reflects on his own changing self-image and his views of the future of Christianity — and Atheism. I wonder how much has changed in the last 7+ years. /Linda LaScola, Editor

Oh, what tangled webs we weave, when first we practice to believe.

My Texas brother-in-law once said to me,

“A [man’s] gotta believe in something.  I believe I’ll have another beer.”

In the current atheist versus theist debates the word “non-belief” gets a lot of use.  I’m still trying to figure out just what the term means in its different contexts.

I grew up in the Disciples of Christ Church, a moderate Protestant denomination and became an agnostic at Oberlin College.  I think doubting is a normal part of our human developmental process, a natural aspect of being “converted” to our scientific, post-enlightenment world.   I went to seminary as a seeker, discovered that baptism does not mean lobotomy, and decided that I could affirm a liberal Christian worldview.  Doubt and faith are two sides of the same coin according to theologian Paul Tillich. 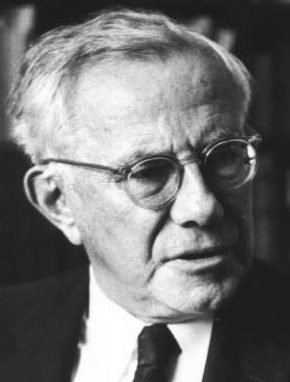 I was ordained as a United Church of Christ minister and discovered the field of campus ministry, which has been a happy, life-long vocation.  I’ve had great freedom to create my own ministries with students and faculty, to advocate for social justice, and to continue my search for a meaningful faith.  I’ve been lucky.  I now consider myself a post-supernaturalist, non-theist, humanist who seeks to follow the original (historical) Jesus.

I joined The Clergy Project very shortly after my bracing experience in 2010 as one of the five original subjects in the Dennett-LaScola pilot research study, “Preachers Who are Not Believers.”    Since then I’ve been puzzling over two questions:

I stopped believing in supernatural things in college and have not resumed.  Still, I think that once you remove supernatural elements from the Bible, Jesus, creeds, doctrines, concepts of God, and theologies, there is something left worth calling “Christian.”

My image of God is not that of a supernatural being somewhere up there or out there who intervenes in this world.  I think there is only one world—this one.  The symbol “God” for me refers not to a “Creator,” but rather to the mysterious process of serendipitous cosmic creativity within nature and human history (Gordon Kaufman).  Tillich used the phrase “Ground of Being” to refer to God; other theologians have talked about pantheism, pan-entheism, or the Void from which we come and to which we return.  Some simply call it Nature.  An amusing option is “apatheism”  – not caring about the existence of god.

I think all these terms are abstractions that do not capture the deep ultimate meanings humans have traditionally understood when using the word, “God.”  And the words certainly do not matter to many church people whose beliefs in the supernatural vary.

Other orthodox “beliefs” which are embedded in our traditions, and to which I do not subscribe, include the substitutionary doctrine of the atonement (Jesus died for our sins); the divinity of Jesus (Jesus was God); a literal way of seeing the Bible; a literal understanding of the creeds or the hymns we sing; and so on.  Sometimes not believing in the supernatural gets conflated with not believing in orthodox doctrines and creeds.  I think it’s helpful to keep this distinction in mind even though they may sometimes overlap.

Many people also fail to distinguish belief from faith.  In my view, belief is giving intellectual assent to certain propositional statements.  Faith is trust.  Trust in what is another, more important, discussion.

Yet I still honor the liberal Christian tradition which formed me, which is still evolving in how it sees these things, and is reinterpreting them in ways that make sense within our scientific, pluralistic, secular culture.   I do not feel “caught” in the pulpit—I have always been “out” about what I believe and don’t believe.  (People are mostly happier when they do come out!)  I still seek to follow the wisdom of the historical Jesus—a subversive and dangerous ethical way of life that endeavors to create a humane world of equality, love, and justice for all people.  Jesus called this the “Kingdom of God”– an ancient, First Century Jewish metaphor.  In these senses I am still a “believer.”

I still puzzle over the meanings of our “numinous experiences” that sometimes come upon us in moments we least expect—experiences of awe and wonder; peak experiences; nature mysticism; transports of musical delight; a sense of the one-ness of all things; being grasped by grace and love; aesthetic or literary experiences of something “more”; moments of intimacy with another person; and transcendent moments in the midst of struggles for social justice.  These kinds of experiences seem to be widely shared by believers and non-believers alike.  Whatever we call them, they seem to me to lie behind many of our human religious constructions, churches, and myths.  In themselves “numinous experiences” do not prove the existence of a god as their source, but I do think they point to something humanly, perhaps cosmically, significant.

Now what about unorthodox and/or “non-believing” clergy and the churches they lead and rely on for a meaningful vocation and a living wage?

Churches are in trouble, and we clergy are troubled.  I have deep empathy for many of my colleagues who have grown beyond conventional beliefs and who are indeed trapped and in dire straits.  Many are serving in conservative churches, still holding rigidly to older, pre-enlightenment dispensations.  I sometimes wonder if these pastors had been raised in liberal churches and were serving in liberal churches would feel belief to be so black and white, so either/or. The alternatives are difficult—leave the ministry; transfer to more liberal, “big tent” churches; defect in place and try to help the church grow; change to non-parish ministries; change to secular careers; continue dissembling with as much integrity as possible; or start new liberal churches or secular humanist assemblies which may be easier than trying to transform existing congregations.  Clergy are exploring all of these.

None of these options are easy, and that is why the Clergy Project is so needed, and why it is important to build networks of support among and between all who care about clergy and churches.  The issue of non-belief is not the only, or perhaps even the primary, reason related to why churches must change or wither away, but it is one that must be addressed along with changing demographics, membership decline, cultural and sociological stressors, financial crises, the demands of pastoral care and preaching, and the overwhelming vagaries of institutional management.

I consider myself to be an ally to the new atheist/secular humanist communities that are emerging. 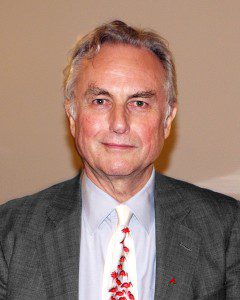 When Richard Dawkins visited Duke several years ago I met members of the Student Secular Alliance and started hanging out with them as a campus minister friend.  I met Dan Dennett when he was speaking in Raleigh, recently.  I’ve spoken to Durham-area humanist communities after my non-supernaturalist views became publicized in a local newspaper.  I’ve been interviewed for radio programs and documentary films.  Through these relationships and connections, I have come increasingly to admire the clergy and non-clergy who openly share their doubts about traditional religions.  I see doubt as a natural part of many people’s evolving spiritual journeys.

I also see this evolution in some churches.  I think the literalistic, conservative churches cannot change and therefore are outside the scope of this discussion.  Yet many liberal and what used to be called “mainline” churches have some potential to embrace the journey of doubt, evolution, and change. They can welcome both believers and non-believers as part of an inclusive community of care and service. I am lucky to be a member of such a local congregation, where I participate in educational programs exploring Christian life with or without the old orthodox beliefs. I wish all doubting or non-believing clergy could find such welcoming communities, either inside or outside churches.   I wonder how likely people reading this will think that more inclusive, welcoming communities will exist in the future.

** Editor’s Question, added in 2021** Here we are in “the future” – Have you noticed “more inclusive, welcoming communities”? 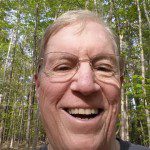 Bio: Mark Rutledge has been a United Church of Christ campus minister on five different university campuses in California, Iowa, Illinois, New Mexico and now in North Carolina at Duke University.  He attended Oberlin College and the University of California at Berkeley and received an M.Div. from Pacific School of Religion and a doctorate in Clinical Psychology from Northern Illinois University.  He is an Associate Member of the Jesus Seminar and was “Rick” in the Dennett-LaScola study of non-believing Preachers. 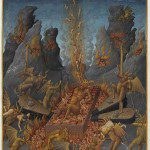