Editor’s Note: as soon as I read the Washington Post article about the hot water the new US  senator from Georgia got into with his Easter tweet about the resurrection, I thought about “Andy”. A UCC minister I interviewed in the non-believing clergy study, I remember well his lamentations about “raising Jesus from the grave” every Easter even though he had learned the metaphorical nature of that belief while in seminary. Now we have another, very high profile UCC pastor facing the same dilemma. Here “Andy” recounts his experiences and sympathizes with Senator/Reverend Warnock. /Linda LaScola, Editor

I’ve hated the Ash Wednesday-to-Easter routine for decades. A liberal pastor quickly tires of the average lay person’s take on Easter—a miracle, a suspension of natural law, a resuscitation of life on the cellular level.

Of course, there is no verifiable evidence for the resurrection of Jesus as a ‘photographable’, physical event. The pre-scientific biblical stories or claims of the earliest church ‘fathers’ don’t count, because of their obvious bias. What we do know is that the victims of Roman crucifixion were routinely left hanging on the cross, where their decomposing bodies were fed on by birds and wild animals (via John Dominic Crossan, Jesus, A Revolutionary Biography). This was thought to be an effective deterrent to crimes against the state. Out of the vast multitudes of crucified people, only one skeleton of a crucified victim has ever been unearthed by archaeologists, so, if the literal resurrection be true, at least that skeleton couldn’t have been Jesus!

Liberal pastors know these facts, but most of their congregants don’t. So, what’s a person to do?! 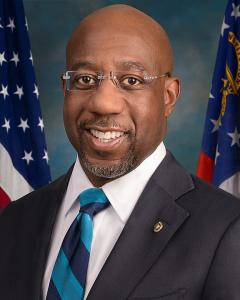 The Rev. Raphael Warnock provides a case in point. Aside from his recent election as the Junior Senator from the state of Georgia, he is—for my present focus—the Senior Pastor of Ebenezer Baptist Church, Atlanta, GA (of MLK, Jr. fame). Before becoming its pastor, he was active in social-justice ministries in churches located in New York City and Baltimore, MD.

Notably, Warnock is a graduate of Union Seminary (New York, NY, not Richmond, VA), graduating with two master’s degrees and a doctorate. I suspect that it was at Union that he was trained in the same liberal approach to biblical studies that I learned in a United Church of Christ seminary.

Fast forward to the Easter of 2021. In the aftermath of Warnock’s sermon, there was a twitter post on his account, although his authorship and approval of it are in dispute. The post has since been removed. It read:

The meaning of Easter is more transcendent than the resurrection of Jesus Christ. Whether you are Christian or not, through a commitment to helping others, we are able to save ourselves.

This is the standard go-to explanation of Easter for liberal clerics. Interpreting the resurrection of Jesus metaphorically avoids the literal claim made by conservatives. Mainline seminaries and denominations offer more palatable Christian themes as the interpretive lens through which to interpret the resurrection. Warnock does this by importing the theme of service to others. Others may speak of resurrection as a metaphor for new life, fresh starts, existential awakening, liberation, and unfettered hope, et al.

This approach, however, is not without its own problems. Although it meets the needs of pastors trying desperately to maintain the balance between intellectual honesty (‘dead people don’t come back’) and the expectations of a predominantly conservative church culture, it can easily smack of deceit. So, for example, when a conservative church member asks a liberal clergy member whether he/she believes in the resurrection of Jesus, the pastor can play the metaphor card. He/she can resoundingly affirm the resurrection, pleasing the member on the one hand, yet feeling justified because of his/her unstated, symbolic interpretation of the doctrine. Everybody is happy—or so it is assumed. But wait . . .

More sophisticated evangelicals ‘caught’ Warnock in the act, saw his subterfuge, and pressed for more of a commitment to the physical resurrection as one of the foundations of Christianity. 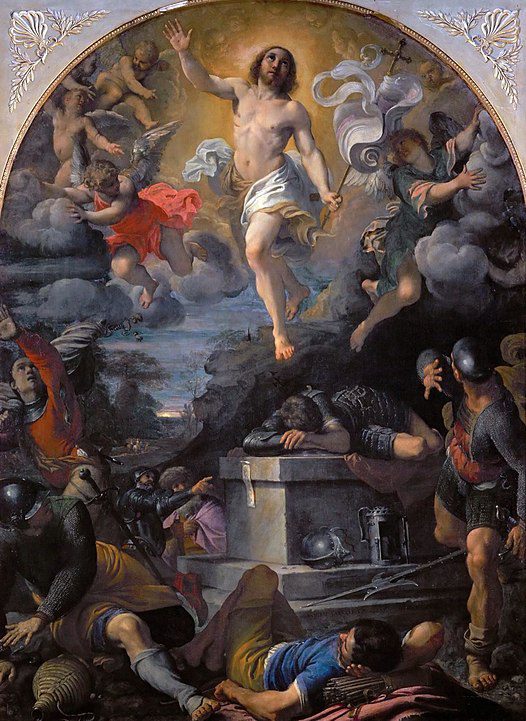 Conservative apologists around the country jumped on Warnock, one even calling him a “narcissistic heretic.”

‘The Easter tweet’—whether from Warnock or from an associate—reflects the difficult balance of which I write. I admit that most of my ministry was spent treating Easter this way, trying to get past the issue of resuscitation itself and tying resurrection to more important ethical, humanistic matters. Mostly, it worked. But admittedly, I didn’t have a national or statewide audience, as Warnock does.

In my final few years of ministry, however, I felt like this was being dishonest, leaving a parishioner with a false impression of what I ‘really believed’. It was pious subterfuge. It was a dishonest attempt to avoid controversy—at least for me. In my final years of church ministry, I ‘came clean’, and didn’t rely on playing a language game.

Question: “Pastor, do you believe in the resurrection of Jesus?”

This typically—although not always—allowed me to enter a more fruitful discussion with a congregant about biblical hermeneutics:

as well as the questionable use of resurrection to define the essence of an entire religion.

I can’t judge Warnock. I think I would have allowed the tweet to stand—BUT, I am not conflicted by a second role he fills: that of politician. This further complicates the issue. Not only must he serve his church, but also the citizens of Georgia. In both cases, he has to be very careful about what he puts into words, spoken or written.

I have the greatest respect for Rev. Warnock. Moreover, I wish him great success in finding a successful balance in his roles, both as pastor and politician. In my judgment, he is an eloquent spokesman for the humanistic values of justice, equality and peace. May fate smile on his endeavors!

**Editor’s Question** Those of you who were once or currently are liberal Christians, how aware are you of this metaphorical interpretation of the resurrection? 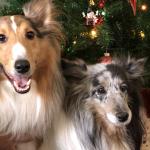 Bio: “Andy”, a former Southern Baptist Minister, recently retired as a Pastor in the United Church of Christ, despite his rejection of metaphysical speculation (God, salvation, heaven, etc.). His life has been an evolution from traditional theism, to non-theism (via Tillich and Spong), to agnosticism (via linguistic philosophy), to ‘incipient atheism’ (via secular humanism). He holds a PhD in Biblical Studies from a major American university. 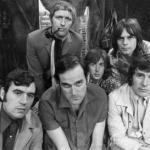 April 15, 2021 Will The Intelligentsia Reclaim Religion?
Recent Comments
0 | Leave a Comment
Browse Our Archives
get the latest from
Rational Doubt
Sign up for our newsletter
POPULAR AT PATHEOS Nonreligious
1

'No gratuitous violence in the Bible,'...
The Freethinker
Related posts from Rational Doubt