God and the Children

Editor’s Note:  Here’s an extremely poignant example of the kind of pain this and other clergy experience as they try to preach the gospel and comfort their congregation at the same time.  It was written in 2014 when he was immersed in the turmoil of preaching while no longer believing – trying to comfort his flock while feeling incredibly uncomfortable himself. Thank goodness those days are over for him.  /Linda LaScola, Editor

There’s a story of Jesus raising a little girl from the dead. She was the daughter of the temple official who made his living as a religious servant of the people, similar to me. When they arrived at the man’s home they heard the wailers—people who made their mourning good and loud to express the collective sadness of the community. They told the man his daughter was dead and not to bother the teacher anymore.

I’m still touched by Jesus’ reassurance to the man:

He chased out the wailers and created a quiet moment in the house.  He uttered the sounds,

“Talitha Koum” which means, “Little girl, I say to you, rise up.”

And she did. And the father was given back his child. 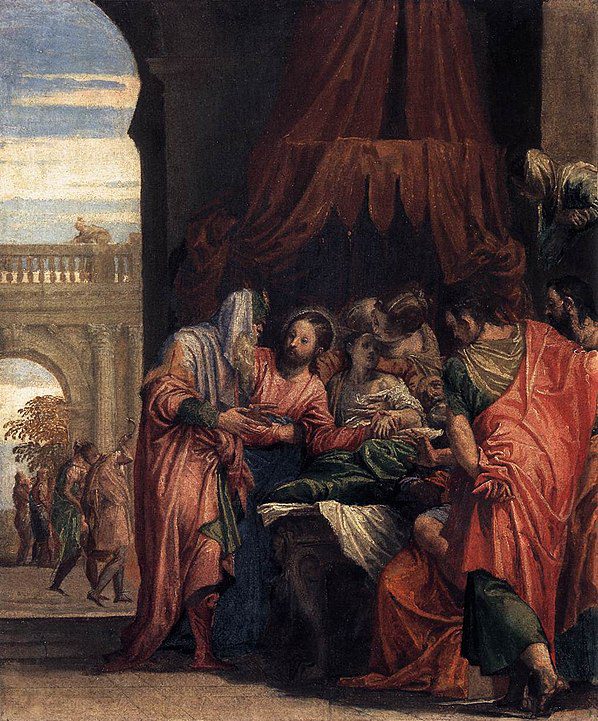 The disciple Peter was there to see this event. A few years later, he performed the same miracle for someone else’s daughter, saying similar words.

These two stories strongly resemble those of Elijah and Elisha, two Old Testament prophets who each raised someone’s child from the dead.  We’re supposed to note the connectedness of these stories.

They’re powerful. What parent can’t resonate with stories of persons losing their children and then getting them back?

That’s why I don’t use them in my preaching anymore. Too many of my people have lost their children. The rest of us harbor a terror that one day we might lose our children, too.  And unlike the stories, our children aren’t given back to us.  There’s no reassurance we can take from this story. If I said that one day, Jesus will raise all of our children from the dead—well that’s a cruel, crazy promise.

I actually made the promise to people in the past. I’m so sorry.

The text I’m supposed to preach about this week tells the story of how God told Abraham to offer his only son Isaac as a sacrifice. Abraham intends to obey; however God stays his hand just as he is about to stab the boy.

I hate this story. I hate how people compare it with God actually following through with the sacrifice of his son. What kind of a heavenly father figure does this? And why would I want to worship such a god?

If God Almighty commanded in his most frightening voice to kill one of my children, I’d shout back that he could stuff it.

It makes me angry and sad and sorry.  This god that I’ve taught about for so many years, that I’ve defended and explained—I almost wish he really did exist so I could express my contempt for him.

But I’m left with the people who invented this god–these crazy, cruel, grief-stricken, fearful people. I’m angry with many of them, but somehow I still see them as victims who need someone to care for them.

But it can’t be me much longer. I’m going to quit my job as a religious official and direct more attention on my own children while they and I are still alive.

**Editor’s Request**  Tell us about a time you used a biblical example to comfort people that fell flat.