No Such Thing as “Spiritual”

Editor’s Note: This essay, by John Compere, an original member of The Clergy Project, is derived from a chapter in his 2010 book, Towards The Light: A Fifth-Generation Baptist Minister’s Journey from Religion to Reason.  It was timely when it first appeared on this blog in 2014 given the release then of Sam Harris’ book Waking up: A Guide to Spirituality without Religion.  It is still timely as people continue to call themselves “Spiritual but not Religious” without knowing (and perhaps not caring) what it means. To my mind, it means, “I’m not religious, but I want you to know that I am a good person.”  The next step, which some readers here have taken, is to leave out “spiritual” and just be a good person.  /Linda LaScola, Editor

The current phrase for people who have deconverted or otherwise soured on religion is: “I’m not religious, but I AM spiritual.”

The problem with that assertion is that there is no such thing as “spiritual.  The reason? Human beings do not have a spirit (which is another word for “soul.”)

We have spirit (note the absence of the article “a”), meaning enthusiasm, tenacity, fervor. Life would be terribly blah without spirit. But there is absolutely no evidence that human beings, or any other sentient beings, have a spirit (soul).

What people mean when they say they are “spiritual” most certainly exists, but the term is a total misnomer.

Here is the way I explain it in “Requiem for the Soul,” a chapter in my book, Outgrowing Religion: Why a Fifth-generation Southern Baptist Minister Left God for Good

Most thoughtful people have had “spiritual” experiences. In the traditional belief system, these experiences are peculiar to religious observance and often occur in church. I certainly had many, many such experiences when I was a regular churchman, some of them after I began to think for myself and re-evaluate the theology I had been taught, although such experiences increasingly were independent of specific religious activities. The whole concept of worship is centered on the idea of a transcendent experience in which the human makes contact with the divine.

How do you know that you’ve had a transcendent experience? Because of the way it makes you FEEL.

That’s it. Don’t try to make it more complicated than that.  What we call a spiritual experience is simply an emotional experience in a religious context or awe-inspiring moment. This is why there is much more similarity between a rock concert and a fundamentalist revival than either bunch would be willing to admit. Both stir up the emotions within a group experience. The screaming teenager caught up in the fervor of a rock concert and the fervent believer, arms upraised and shouting “hallelujah”, at a religious service are both experiencing the incredible high of a powerful emotional response.

In both cases, the experience is real. It’s just that neither one is spiritual, neither dependent upon humans having a soul or spirit. You could say that both people, the rock kid and the true believer, are worshipping. I know that idea may offend you, but think about it. If the idea of worship involves suspending critical function and letting yourself be immersed in feelings engendered by the music and the ritual and the group assumptions/response, then worship takes place at both events. Do they have different consequences? Maybe. But psychologically they are indistinguishable.

Let me be clear. I’m not suggesting that what we call “spiritual” doesn’t exist. It most assuredly exists, both in and out of religion. But the experience of the “spiritual” is not dependent upon something esoteric or unscientific. It is, instead, dependent upon our being able to respond emotionally.

If you have followed the reasoning thus far, I want to assure you that it is inconsequential whether you choose to hold on to the word “spiritual” or the word “soul”. Feel free to continue to use either of them if it pleases you. I still sometimes say that something thrills me to my very soul, even though I’m confident there is no such thing as a soul. I am only suggesting that having such experiences is not dependent upon there being such a thing as a human spirit, or soul. It IS dependent upon being able to respond emotionally.

A personal example may help here. I have always loved good music. Since I grew up in a minister’s home and since all of our family were quite musical, I can’t remember when I didn’t know how to read and sing traditional Christian music. Long after I had to give up the traditional belief system in which I was raised (because I could no longer believe it), I still enjoyed listening to and participating in good religious music.

There is a piece by Ralph Manuel called simply Alleluia that stirs me so profoundly I cannot begin to describe the feeling to you. There is only one word in the whole song, “alleluia”, so I don’t have to worry about text. And I am transported out of myself by the totality of the experience. If you were in the audience when a community chorus I sang with was performing that piece and watched me, you would swear I was having a spiritual experience. And in fact, I AM having what is usually called a spiritual experience. It’s just that I know it has nothing to do with my having a spirit (soul), which I don’t, and everything to do with my being deeply stirred by beautiful music.

I don’t have a soul. But I have a brain that is capable of emotional response. And since I know that emotions, as a minister mentor of mine said many years ago, are a “good gift, but a poor guide,” I simply revel in the gift, refusing to give up the power of the experience even though I know it is not actually transcendent.  It is very earthly and animalistic, for animals also clearly experience emotions. We human animals probably have more opportunity to interpret our emotions than other animals do (I say “probably” because we really don’t know for sure about that), but being able to feel is a part of our animal heritage.”

So when I hear someone claim to be non-religious but “spiritual”, I mentally translate that into saying:

“I am capable of awe and transcendent feelings.”

**Editor’s Question** What does “spiritual but not religious” mean to you, either from personal experience or hearing it from others?

6/14/21 Update:  At the author’s request, I changed the title of his book to the updated edition. 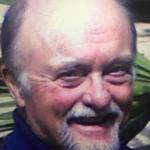 John S. Compere, Ph.D., was a fifth-generation ordained Southern Baptist minister until age 32, when he resigned his pastorate and returned to graduate school for his PhD in Clinical Psychology. He taught psychology at Wake Forest University and Medical School, consulted at the Center for Creative Leadership, was a psychotherapist in private practice, and then became a full-time professional speaker. He is a member of The Clergy Project, and has served as Vice-President of the Board of Directors and Chair of the Screening Committee for new applicants. His book on how he outgrew religion, OUTGROWING RELIGION: Why a Fifth-generation Southern Baptist Minister Left God for Good  is available in book stores and on Amazon. 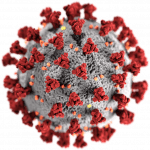