Dripping Wet Baptists and a Transition

Editor’s Special Note: You may have noticed the blog has been featuring a lot of “oldies but goodies” lately.  The purpose of that is twofold: to lighten my load and to honor the past before the changes that are coming to the blog in the near future.

Soon, this blog, while continuing to feature members of The Clergy Project, will feature a new editor: Charles Hill, Chair of the TCP Communications Committee.  It will also feature a format that will include podcasts with members of The Clergy Project. As the original editor since 2014, I will continue to pop in as a commenter and maybe even occasionally as a blogger. The new look for the blog will begin sometime soon.  Charles will let you know when.  Meanwhile, all the original posts will still be here.

I think it’s evident that I enjoy the conversations with the frequent commenters here. In fact, it’s these conversations that have kept me going, despite being otherwise weary and ready for life without a bi-weekly responsibility.

I owe special thanks to Catherine Dunphy, former TCP Executive Director who has been my partner on the blog since the beginning. She has loyally set up tweets for every post and her gentle and persistent nudging has helped me make this move.

Then there’s Mason Lane, the writer of this blog post. While I haven’t done an official count, I bet Mason would win the prize for most comments on the Rational Doubt blog, if there were such a prize.  He certainly wins the prize for best baptism story! /Linda LaScola, Editor

Behind the choir in most Baptist churches there is a large baptismal tank with a thick glass side facing the audience. Poorer or more outdoorsy Baptists go to a river or lake, or even the YMCA swimming pool to perform baptisms. Evidently chlorine doesn’t invalidate the sacrament. Baptists require a public baptism with complete immersion under water. Baptists do not consider sprinkling a few drops of water on someone to be a valid baptism. All the way under water is the only acceptable method of baptism for the true believers.  I’m sure the emphasis on complete immersion has prevented people with aqua phobia from joining a Baptist church.

When I was standing in line to get baptized there was a nearly hysterical woman who was being consoled by a man and woman who were assisting the Pastor in getting the sheep into the tank. We’d received instructions fifteen minutes earlier by our Pastor. We had all watched baptisms before and thought we had a fairly good idea of how things would proceed.  Mimeographed on a piece of typing paper were basic instructions:

Wear a white shirt or blouse, black or dark blue trousers or dress.

Bring one clean handkerchief and wear no shoes in the tank.

He walked into the tank and prepared to seal our salvation with water. There were twelve of us, a fairly large group for one of our church baptisms. Twelve is a very significant biblical number: the twelve disciples and now the twelve of us – children and adults. I thought that was a real fine omen.

Children under six or seven were rarely baptized as they weren’t considered old enough to understand what they were doing, and from some of the short adults I’d personally see get dunked, there was a danger of drowning. Unlike Catholic kids, who are baptized soon after birth, Baptist kids live in a hazardous no man’s land – a strange twilight zone, for a number of years. It is a vacuous doctrine where it’s impossible for a mere mortal to know at what age a child becomes a bona fide sinner. At what moment does a child become in danger of hell fire if they should die, being unsaved and unbaptized? At what moment does the child pass beyond the border of childhood innocence? Children who die young are a Baptist parent’s worst nightmare. The burden of knowing if they need to be saved, incredibly, rests upon the child! Presumably, one day God would see a child’s lie or temper tantrum as the conduct of an innocent. The next day God could classify the same behavior as sin, and damn the child to the fiery pit.

As for me, I already knew how to swim, so getting in the tank was no big deal. But the woman in front of me was terrified. Assistants on both sides supported her, as she trembled and complained about getting water up her nose as a child and nearly drowning in a bathtub.   She pleaded,

She turned from side to side, and once turned around to look at me. Her eyes were like a horse trapped in a barn fire. Again she pleaded,

“I don’t think I can do this, oh Lord please help me do this.”

Maybe I was about to see my first valid miracle! If she makes it through this alive, and the Pastor and the tank survive intact, that would truly be a miracle!

She was now being eased into the water. She was a portly woman with a pretty, round face, hazel eyes, and medium length curly blond hair. I’d seen her when she wasn’t horrified at the possibility of drowning in church, and her countenance was calm and pleasant. For her baptism, she wore a plain white blouse and a fully cut long dark blue skirt, but the material was light, so when she entered the water it billowed way up. I was presented with a posterior view of nylons, Playtex girdle garter straps, and wet blooming underwear that no young Baptist boy should endure the sight of.

Still, the call was strong and I remained a good Baptist for many years afterwards. When I finally left the faith, I tried to forget how much time I spent in the pews or the pulpit.  But I’ll never forget that time in the tank.

Bio: Mason Lane: As a credulous child, I was raised Christian fundamentalist Baptist. I later became a glory-shouting Pentecostal and was ordained by the Christian Faith Church Pentecostal in Mishawaka Indiana. I ceased believing in the irrational and supernatural at age 30, thanks primarily to reading the Bible while thinking.  At the time of my de-supernaturalizing, I was General Manager of WHME-FM radio station, a Christian radio station, and Pastor of Christian Faith Church in Mishawaka, Indiana. I resigned both positions and moved to Phoenix, Arizona where I became dean of students at DeVry University.

I’m still a person of faith. My faith is now in science, nature, love, friends, family, music, humor, art, The US Constitution, the 5,000 year old Golden Rule and Separation of Religion and State. 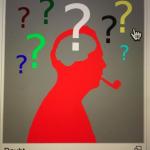