Both Eden and the New Jerusalem are described as having rivers flowing from them (Genesis 2.10, Revelation 22.1). Downhill, from these heights to the valley below. The low places where human history takes place. Where we are all “in the valley of the shadow of death.” What is normal is on the mountains, we get the rivers bringing elements of normal down these magnificent hillsides. A little bit of normal rolls downward, perhaps. But this, this down in the depths where live is not normal. At least, this is not all there is to normal.

There is little normal about our lives now. But, have our lives ever been normal? There is a limited role for the word “normal.” Stemming from the concept of a standard for measuring. The word norm builds words like normative; it finds its origin in the Latin word for a carpenter’s measuring square.

If there is any normal in life, it is some state of being that has eluded us from the dawn of history. The biblical testimony of normal doesn’t point to our life, our generation, or our era. Normal was a momentary reality. Ever since the loss of that early norm, we have been living in a constant state of grasping for the past, or sleep-walking in the present. The norm, the standard of whole and healed humanity is in the future.

This is Conventional or Familiar, It’s Not Normal

Consider the river metaphors especially in the Hebrew Bible, and also in the Book of Revelation. Revelation is enriched deeply by the language and metaphors of Hebrew apocalyptic writing. By the way, apocalyptic is not about a cataclysmic ending, it is about the revealing of something that once was hidden. One of the powerful images portraying the futility of “getting back to normal,” is the gatekeeper to the place and time when all was normal. At the gate to normal (i.e. Eden) are two winged creatures with flaming swords, with a “gotta get through us first” kind of attitude (Genesis 3.23-24).

If you want to get to normal, you’ll want to reverse the flow of the river. Normal comes from the source, the headwaters, which give rise to the Tigris and the Euphrates:

6He said to me, “Mortal, have you seen this?” Then he led me back along the bank of the river. 7As I came back, I saw on the bank of the river a great many trees on the one side and on the other. 8He said to me, “This water flows toward the eastern region and goes down into the Arabah; and when it enters the sea, the sea of stagnant waters, the water will become fresh. 9Wherever the river goes, every living creature that swarms will live, and there will be very many fish, once these waters reach there. It will become fresh; and everything will live where the river goes. 10People will stand fishing beside the sea from En-gedi to En-eglaim; it will be a place for the spreading of nets; its fish will be of a great many kinds, like the fish of the Great Sea. 11But its swamps and marshes will not become fresh; they are to be left for salt. 12On the banks, on both sides of the river, there will grow all kinds of trees for food. Their leaves will not wither nor their fruit fail, but they will bear fresh fruit every month, because the water for them flows from the sanctuary. Their fruit will be for food, and their leaves for healing.”

Amos 5:21-24, similarly sees the rivers flowing downward. The water is persistent and “ever-flowing”. The height from which the water descends is the source of justice and righteousness. Amos acknowledges that the norms by which we measure ourselves and our communities are off kilter. Festivals, assemblies, rituals and habits, even singing and music are shallow and insufficient.

21 I hate, I reject your festivals;
I don’t enjoy your joyous assemblies.
22 If you bring me your entirely burned offerings and gifts of food—
I won’t be pleased;
I won’t even look at your offerings of well-fed animals.
23 Take away the noise of your songs;
I won’t listen to the melody of your harps.
24 But let justice roll down like waters,
and righteousness like an ever-flowing stream.

And looking briefly at the end of the biblical story, John the Seer sees and river similar to the one found by Ezekiel. We live, unaware of normal because it lay in our distant past beyond memory and in the future as a promise of God. We dwell between these two peaks in a place of transformation and repair in the reign and realm of God.

“Normal” is Work Toward an Unknown

Normal is not something we can easily grasp. Perhaps we can’t even envision it. Our conceptions of normal are varied and privileged. For some, normal is a life of injustice, despair, and isolation. For others, it may mean comfort, abundance, and entitlement. But the repair that comes through reconciliation ideally is fed by the streams flowing from Eden and New Jerusalem. The potential nostalgia for Eden, however, needs to be turned toward the what God is unfolding still. There is a foretaste, a pledge, a down payment (Rom 8.23, 2 Cor 1.22, 2 Cor 5.5, Eph 1.14) of what is coming. The reconciling repair hoped for is also provided for even now. Normal is to be about healing, justice, compassion, repair, and reconciliation.

Yes, I do want normal. But I have never known it before. Normal is yet to come. And it will require our transformation. 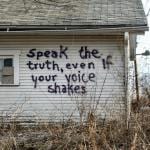 November 16, 2020
Unexpected Jesus in the Parable of the Talents
Next Post 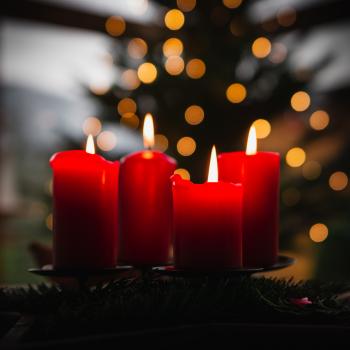 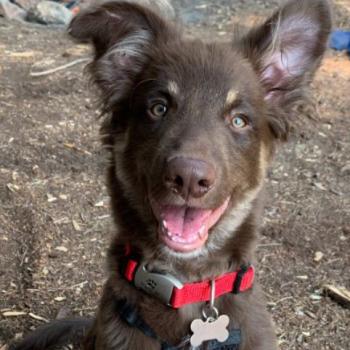 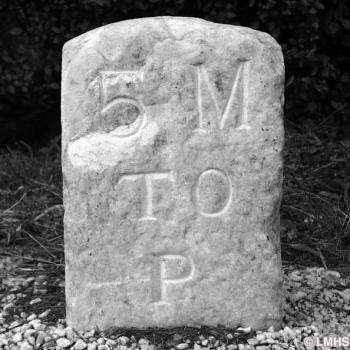 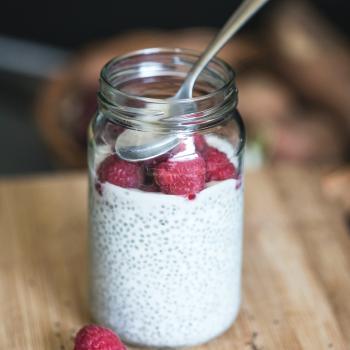