Skepticon was my last conference/convention for the year, and 2012 was a great year for me:  The GAC in Australia, the Reason Rally in DC, TAM in Las Vegas, and other events in several other states.  I was on 33 airplanes this year, but I still drove to many of the rallies I attended.  I also used my 9-passenger SUV as a limo to cart around the Dillahunty’s, Prof & Mrs Myers, the cast of Dogma Debate, and several of the VIPs at the Texas Freethought Convention crammed in all at once.  At one point, I think I had the entire Richard Dawkins Foundation in my car.  More importantly, I feel like I did something this year, like I was involved in something that actually mattered -if only on the grass roots level.

But now I finally have maybe three months or so in which to catch up on my backlogue of some 2800 unsorted comments and personal messages still-unread.  So if you wrote to me a month-and-a-half ago, and I haven’t responded, please be patient.  I also really need to take this break to work on my book before the publisher loses patience with me.

This weekend, this Sunday, I’m doing one more thing for charity, but this one isn’t related to atheism, secularism, humanism, or skepticism, and it isn’t promoting science education either.  I finally get to do what I used to do back before I became an activist.  I’m goin’ back to my roots.  I’m gonna ride in the 11th annual Motorcops for Kids toy run donating to underprivileged children for the winter holidays.

It’s normally a beautiful course with several hundred motorcycles cruising together -with police escort provided by four neighboring towns.  So if there are any freethinking godless bikers in the DFW area who would like to putt for a cause this Sunday, you know where I’ll be.  Come ride with me.

November 15, 2012 No saved recording of the Bob Dutko debate
Recent Comments
4 Comments | Leave a Comment
"What is the use of having comments, when mine, perfectly polite, went to moderation and ..."
Rick O'Shea An Infidel Reads Sūrah 8
"I have no idea how you are able to slog through this, Aron. It’s like ..."
Mr. A An Infidel Reads Sūrah 8
"The Koran has to be the most repetitive book ever. If you removed every redundant ..."
igotbanned999 An Infidel Reads Sūras 78, 79, ..."
"I once read a good part of the Quarn. Never got to its end, but ..."
David Brevik An Infidel Reads Sūrahs 67, 69 ..."
Browse Our Archives
get the latest updates from
RA
and the Patheos
Nonreligious
Channel
POPULAR AT PATHEOS Nonreligious
1 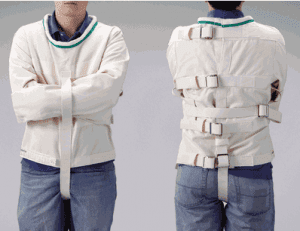 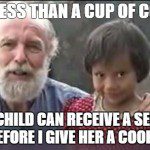